The next two weeks will be crucial in determining the future status of hospital capacities throughout the Gem State, according to Dr. Steven Nemerson. 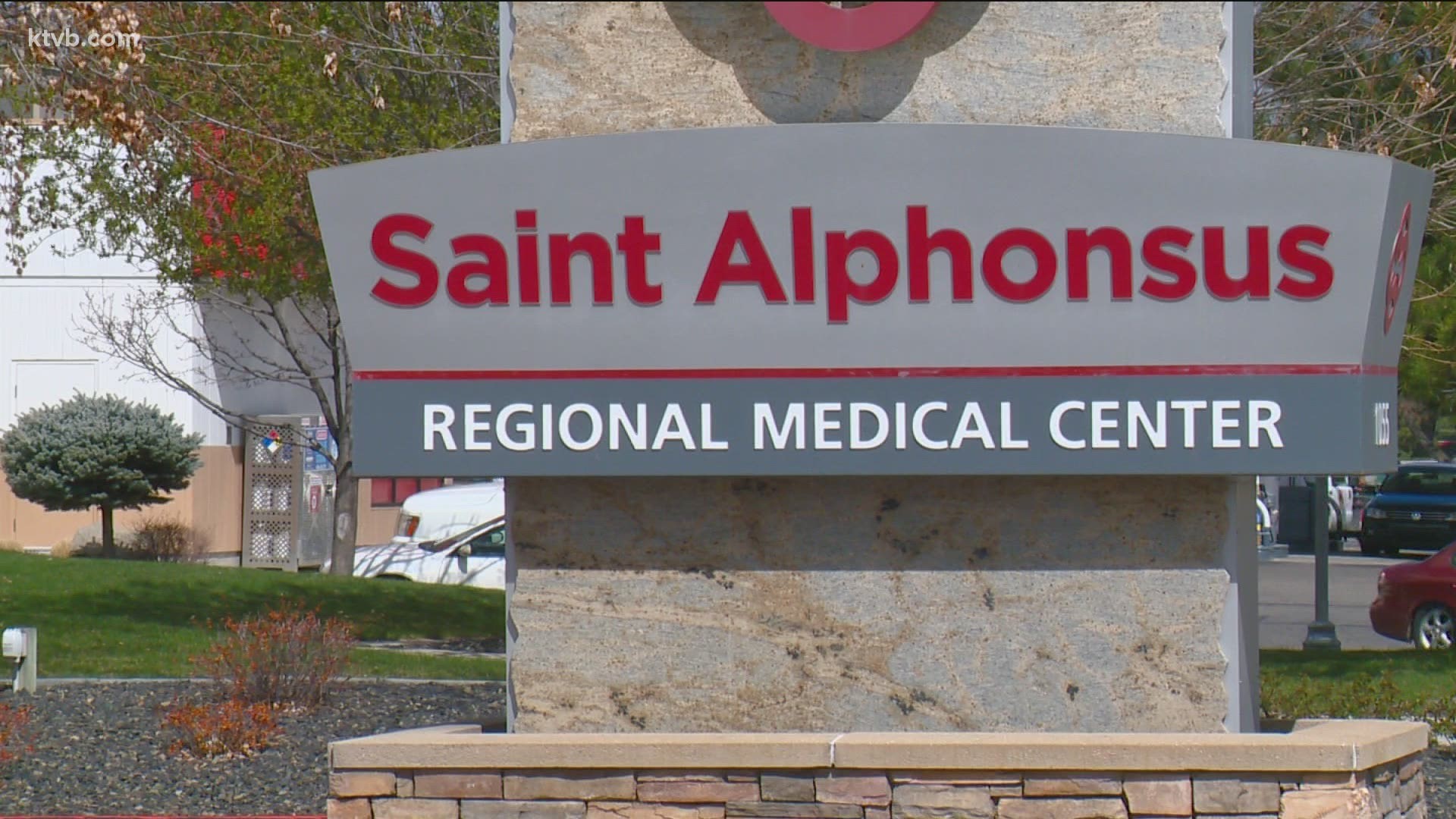 Kootenai Health in Coeur d' Alene is nearing its capacity for COVID-19 patients and may have to transfer some of them to out-of-state locations. Kootenai County's positivity rate has surpassed 20%.

A similar situation is developing in South-Central Idaho, where doctors and health district officials are very concerned about the rising number of coronavirus cases and the resulting burden being placed on hospitals there.

"This is the worst spot we've ever been in," Dr. Joseph Kern with St. Luke's Magic Valley told KTVB on Wednesday.

The trend in North and South-Central Idaho is also concerning to Treasure Valley medical experts, including Dr. Steven Nemerson, the chief clinical officer of Saint Alphonsus in Boise.

At the four Saint Alphonsus hospital locations, the positivity rate was 7% a month ago. Today, it is over 16% and rising, causing the hospitals to shuffle patients around and utilize different clinical areas that would not typically be used.

Should this trend continue, elective surgeries could be postponed once again.

“Right now across all four of our acute care hospitals, we are at nearly 100% capacity," Nemerson said. "We have the ability to surge beyond that capacity to an excess of 100% capacity. At that point, things become more stressed and we have to compromise our staffing. We are not at that point yet, but we are close."

Based on current trends, hospitals may not be able to maintain services much longer, according to Idaho Hospital Association spokeswoman Toni Lawson.

“This is what we warned folks about early on," Lawson said. "I know we are all tired, but it’s happening now. We have hospitals that are in very serious condition and reaching crisis stage."

Every Idaho hospital has a surge plan that addresses handling excessive COVID-19 patients. It is common for these plans to include procedures for transporting patients to out-of-state hospitals.

However, there is a limit on the number of patients other hospitals can accept.

“It’s going to be a constant challenge to see who has space available, what kind of patient they can take, what acuity level there,” Lawson said. “For the average Idahoan, it’s kind of scary to think that you could go to your local hospital in an emergency and end up in another city, or another state to get the care that you could usually receive in your local hospital because they were at capacity”.

The next two weeks will be crucial in determining the future status of hospital capacities throughout the Gem State, according to Nemerson.

“We have the opportunity to change this trajectory, and if people will just stay away from one another, keep their faces covered, we could see this settle down within a week and we could see it turn around within two weeks,” Nemerson said.