More than 50 anesthetists were given 30-day notices that they'll be laid off because of the drop in elective surgeries. 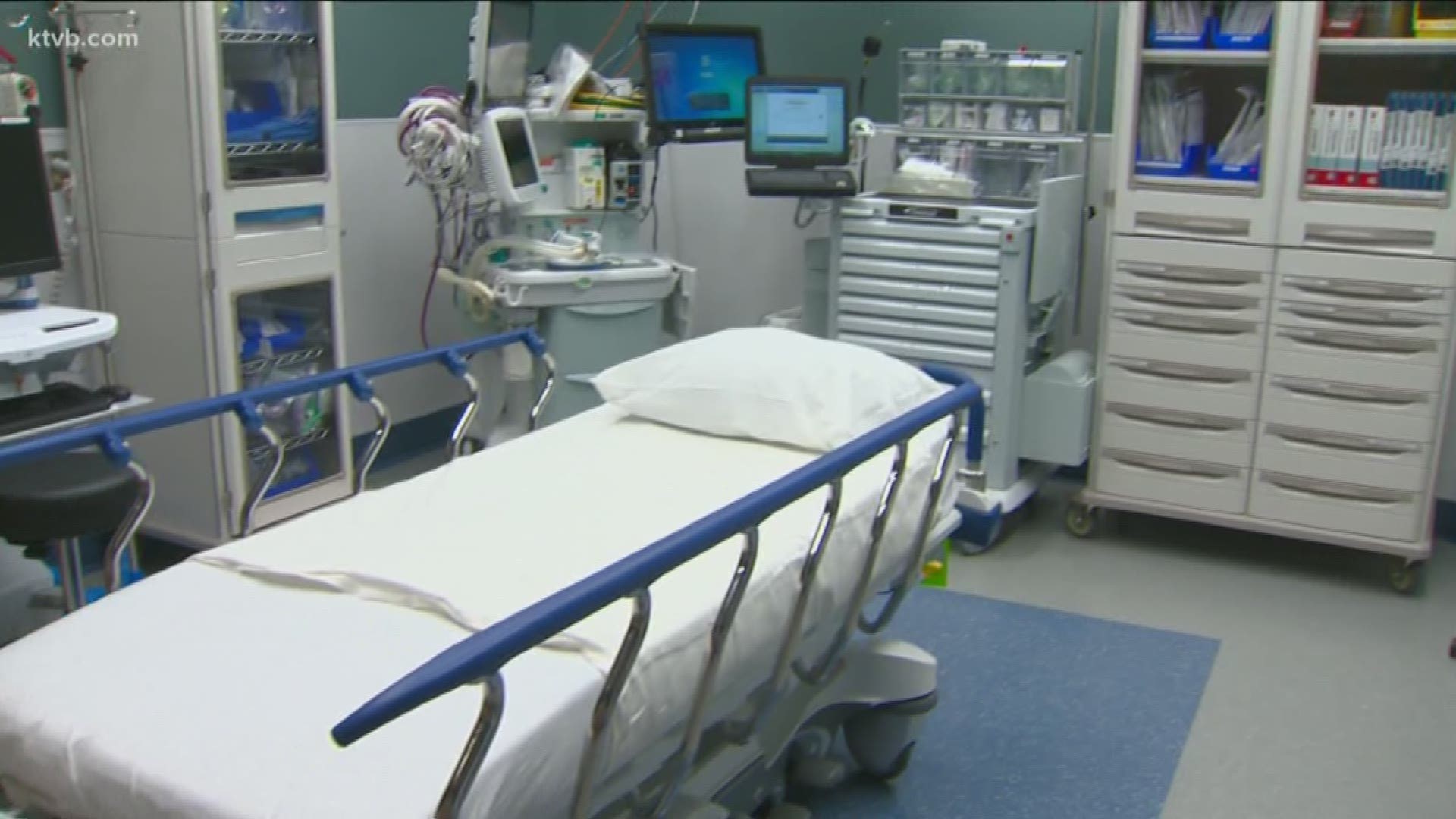 BOISE, Idaho — More than 50 anesthetists in Boise will soon be laid off in the coming weeks due to the spread of the coronavirus. The focus on COVID-19 has halted all non-emergency surgeries and because of that, Boise Anesthesia said it will have to lay off most of its anesthetists for financial reasons.

Boise Anesthesia contracts with Saint Alphonsus and is located on the hospital's campus. Due to the lack of money coming in because of the coronavirus, the company is forced to lay off 54 of its employees, mostly CRNAs.

CRNA's are specialized and have advanced training in areas like intubation, ventilators, and anesthesia.

With the ongoing coronavirus pandemic, hospitals across the country, like Saint Alphonsus, won't be performing any non-emergency, or elective, surgeries for the foreseeable future.

RELATED: 'It's about giving back': Owner of Andrade's Restaurant offers free meals to those affected by coronavirus

President of Boise Anesthesia Nate Poulson said that change eliminates the majority of their business.

"It just makes it so there’s no way for hospitals to make money and my company, specifically, to make money," he said. “Cases that we’ve done, we’re still collecting on those. But there’s no cases coming in the future or very, very few. So it’s this really terrible economic problem. All the economics make it so that there’s nobody to pay them so how are we supposed to keep them?”

With no money to pay its employees, Boise Anesthesia gave the CRNAs their 30-day notice that they will be laid off. That includes Travis Henderson who has worked there for three years.

“It’s probably safe to say we were all shocked. Extremely shocked of the notice," he said. “It’s very uneasy, very unsettling. I think the first few days and today even, we’re still waking up and pinching ourselves to see if this is a reality.”

Joe Stover is also being laid off. Stover has been with the company for eight years and is part of the management team.

“Everyone was kind of shocked and the truth of the matter is, it’s kind of hard to even fathom there’s a problem until we see it in front of us," Stover said.

Poulson said it was a horrible and hard decision to make but necessary.

Neither Stover or Henderson have any hard feelings toward their soon to be former employer, but both said it is still a challenge and there's worry about supporting their families.

Yet, both employees and the company hope this is only temporary.

“I really hope everything works out and I know the partners are doing all they can," Stover said.

"I am working 20-hour days and making more phone calls per day than I've ever made in my whole life," Poulson said. "I'm doing everything in my power to make sure these people and their families are taken care of."

Their 30-day notices give employees until mid-April at the company. After that, Boise Anesthesia is hopeful they'll get funding assistance to be able to keep people on the payroll. If not, Stover and Henderson said they'll look for other work until things go back to normal.

Poulson said he is working with state representatives, and several others, to try and secure that funding to stay operational.

Saint Alphonsus will still have anesthesiologists on staff for emergencies and other necessary procedures.