An experimental vaccine against coronavirus tested in Seattle showed encouraging results in volunteers. 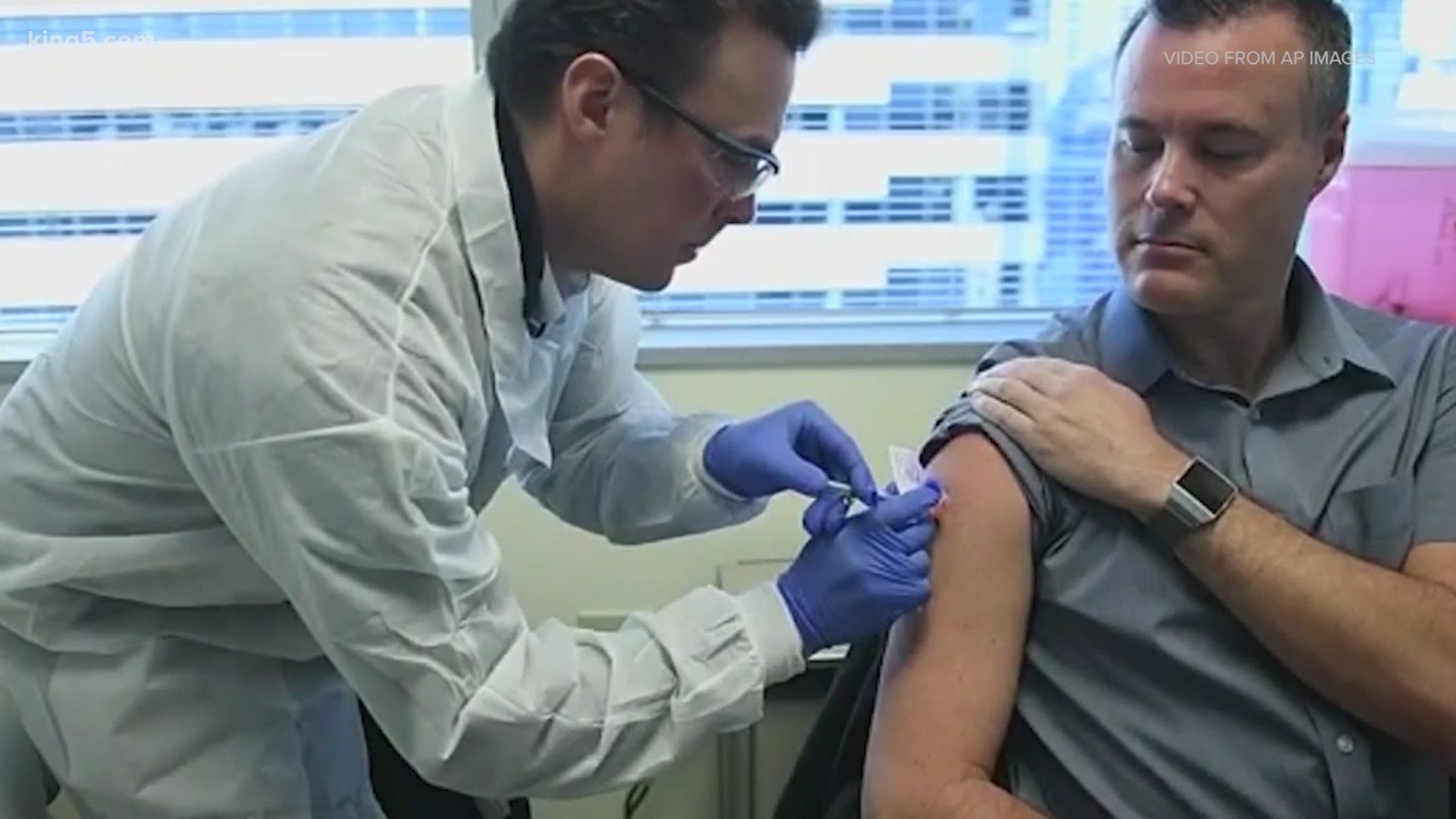 Study volunteers given either a low or medium dose of the vaccine by Cambridge, Massachusetts-based Moderna Inc. had antibodies similar to those seen in people who have recovered from COVID-19.

In the next phase of the study, led by the U.S. National Institutes of Health, researchers will try to determine which dose is best for a definitive experiment that they aim to start in July.

In all, 45 people have received one or two shots of the vaccine, which was being tested at three different doses. The kind of detailed antibody results needed to assess responses are only available on eight volunteers so far.

The vaccine seems safe, the company said, but much more extensive testing is needed to see if it remains so. A high dose version is being dropped after spurring some short-term side effects.

The local volunteer test subjects said they were very happy about the results so far.

"It looks like that the initial results from our first group look really good. So that's awesome," said Jennifer Haller, of Seattle, who was the first person to volunteer for the study.

"The only side effects that I experienced was soreness at the site of the injection just the day after both doses, but besides that, I have had no other side effects. Everything's been normal and great," she said.

Neal Browning is also one of the first volunteers

He's had two visits with the Kaiser team over the last couple of months. He said while all looks good now, the test is not over yet.

"I think while this is a lot of hope, and it's really good news, there's still a long road ahead to get billions of vials produced and shots distributed around the world and injections given to people who are willing to get vaccinated for this. And we still need to make sure that we're wearing our masks when needed."

The results have not been published and are only from the first of three stages of testing that vaccines and drugs normally undergo. U.S. government officials have launched a project called “Operation Warp Speed” to develop a vaccine and hopefully have 300 million doses by January.

RELATED: WHO: 7 or 8 `top' candidates for COVID-19 vaccine exist

Worldwide, about a dozen vaccine candidates are in the first stages of testing or nearing it. Health officials have said that if all goes well, studies of a potential vaccine might wrap up by very late this year or early next year.

More than 4.7 million infections and 315,000 deaths from the coronavirus have been confirmed worldwide since it emerged in China late last year. There are no specific approved treatments, although several are being used on an emergency basis after showing some promise in preliminary testing.