The Republican senator from Idaho said the U.N.-backed organization failed the American people and is a political puppet for the Chinese Communist Party. 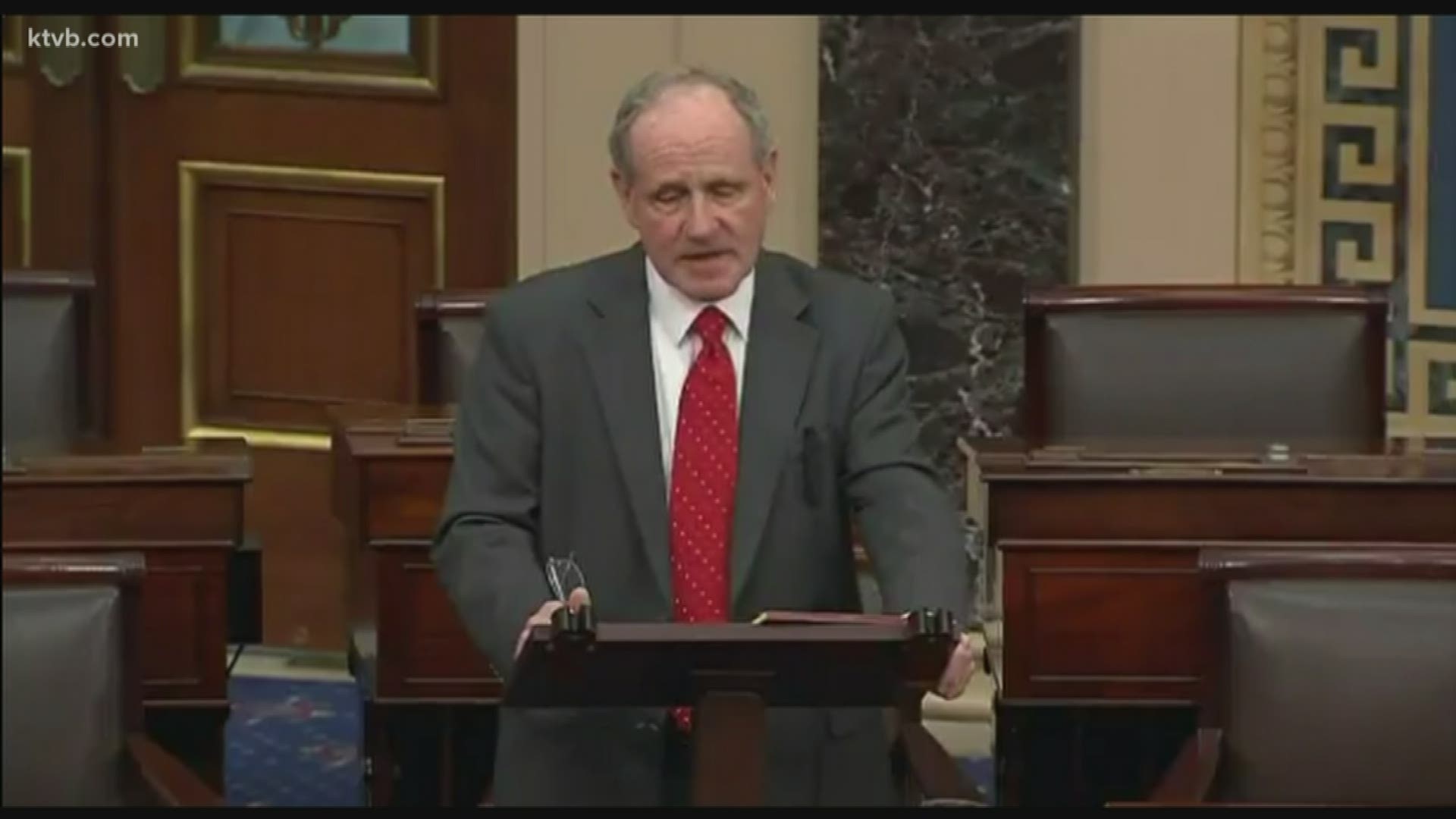 BOISE, Idaho — Idaho Sen. Jim Risch is calling for an investigation into the World Health Organization for how it has handled the COVID-19 pandemic, going so far as to say he wants to review the United States' financial support for the international organization.

Risch said in a statement that the WHO, which declared the coronavirus a pandemic on March 11, failed the American people and the world with how it handled the virus.

Risch, who chairs the Senate Foreign Relations Committee, continued by saying that "[WHO Director-General] Dr. Tedros Adhanom Ghebreyesus' apparent unwillingness to hold the Chinese Communist Party to even the minimum standard of global health and transparency hindered the world's ability to blunt the spread of this pandemic."

When KTVB spoke with Risch on Tuesday, the longtime senator said he believes that both the WHO and the United Nations are anti-American.

"We all know that there's a thread of anti-Americanism that runs through the UN," Risch told KTVB during a phone interview.

The first case of what would be known as the coronavirus in China was reported to the WHO on December 31, 2019. The WHO declared COVID-19 a Public Health Emergency of International Concern on Jan. 30.

According to the Centers for Disease Control and Prevention, the first confirmed case of COVID-19 in the United States was on Jan. 22. As of April 7, the CDC reports there are over 374,000 confirmed cases in the U.S. and over 12,000 deaths.

The Republican senator alleged that the United Nations-backed health organization had become a puppet for the Chinese Communist Party and helped cover up the pandemic in China.

"The United States is the largest contributor to the WHO," he said in his statement. "Our valuable taxpayer dollars should go towards investments to prevent the spread of disease, not to aid and abet cover-ups that cost lives and isolate portions of the world's population on political grounds, as has been the case with Taiwan."

The United States funds 14.67% of the WHO's budget, which comes out to about $550 million annually. Of that funding, 27.4% goes towards polio eradication.

For comparison, the Bill and Melinda Gates Foundation funds 9.76% of the organization's budget while China funds 0.21% of it.

Risch did not clarify how the United States would conduct an independent investigation into the international organization.

President Donald Trump also attacked the WHO on Tuesday, saying he was looking into cutting funding to the organization, according to the Associated Press. Trump said the WHO “missed the call” on the pandemic and claimed that they seem to be “very China-centric.”

"I look forward to a truly independent and fulsome review of the WHO and an examination of the U.S.'s financial support for its efforts in the future, with an eye towards very significant reform or possible replacement of the WHO," Risch continued in his statement.

He did not say what a replacement for the WHO would look like or how he would get the United Nations to dissolve its primary health organization.

"I don't have complaints about the way our agencies give us information. I have a lot of complaints about what the UN's WHO does... they have way too much politics mixed in it and it needs to stop," Risch told KTVB.

The call for an investigation into the World Health Organization comes on the 72nd anniversary of the organization's founding.

MORE: 'It's going to be longer than most people think': Doctor weighs on if Idaho's stay-at-home order will be extended