Reopening Idaho: Who has authority in the process?

We looked into whether cities and counties have any legal authority to alter Gov. Brad Little's proposed four-phase plan to reopen the state. 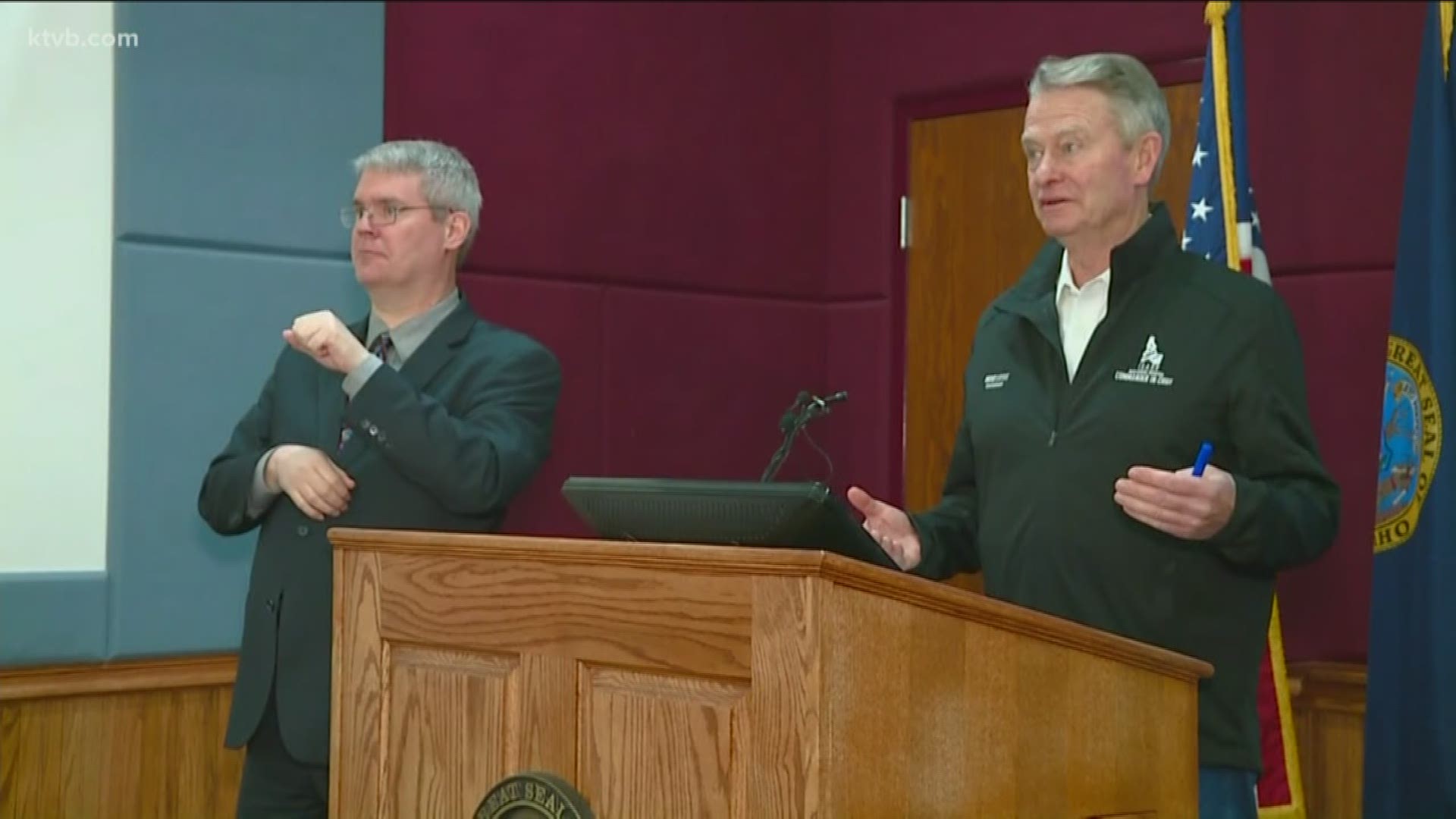 BOISE, Idaho — On Tuesday Gov. Brad Little told KTVB that presently, the state appears to be on track to begin reopening businesses and the Gem State's economy on Friday, May 1.

That is one day after the current statewide stay-at-home order is set to expire.

A week ago, Little announced his four-phase plan to reopen the state in stages to try and prevent a large-scale outbreak of COVID-19 by opening up too quickly.

Since the announcement of his plan, many Idahoans have wondered what, if any, authority individual cities or counties have to defy or differ from the governor's guidelines.

According to former Idaho Attorney General David Leroy, the simple answer is counties and cities cannot go against an order from the governor.

“A city and a county can’t either ignore the order or make more lenient orders under state law," he said.

Leroy added that in some instances, "when necessary and appropriate," some cities could potentially make more stringent restrictions than what the state has in place.

However, Leroy said in the case of the governor's four-phase plan, the keyword when it comes to authority is based on the word "order."

Basically, it depends on what the governor does next with his plan. If they stay as recommendations, cities and counties have more leeway. If the governor makes any or all parts of the plan an order, municipalities must follow that order.

KTVB also reached out to the Idaho Attorney General's Office about the question of authority for cities or counties.

Though they could make no official comment, KTVB was given an analysis written by Idaho Deputy Attorney General Brian Kane. It was previously written in response to questions about the governor's constitutional authority after he issued the stay-at-home order.

In the letter, Kane writes, "Supreme Executive Power is vested within the Governor under Article IV, § 5 of the Idaho Constitution..."

The letter goes on to reference that the process to issue orders, like the stay-at-home order, are found in Idaho Code. It cites specific statutes that grant the governor such authority.

The attorney general's office also referred KTVB to additional Idaho codes, including the section on martial law, which also grants the governor authority to issue orders and regulations in a state of emergency.

That chapter reads in part:

"During a period of a state of extreme emergency, the governor shall have complete authority over all agencies of the state government, including all separate boards and commissions, and the right to exercise within the area or regions wherein the state of extreme emergency exists all police power vested in the state by the constitution and the laws of the state of Idaho. In the exercise thereof he is authorized to promulgate, issue and enforce rules, regulations and orders which he considers necessary for the protection of life and property."

Leroy said in his legal opinion, the governor has not yet directly declared martial law under his own authority. However, under state public health code, similar principles still apply. Leroy said his conclusion is still the same: if the governor makes the reopening plan an order, cities and counties would need to abide by it.

Gov. Little is scheduled to hold a press conference on Idaho's next steps on Thursday, Apr. 30 at 11 a.m. KTVB will be streaming it live online on KTVB.COM and on our YouTube channel.