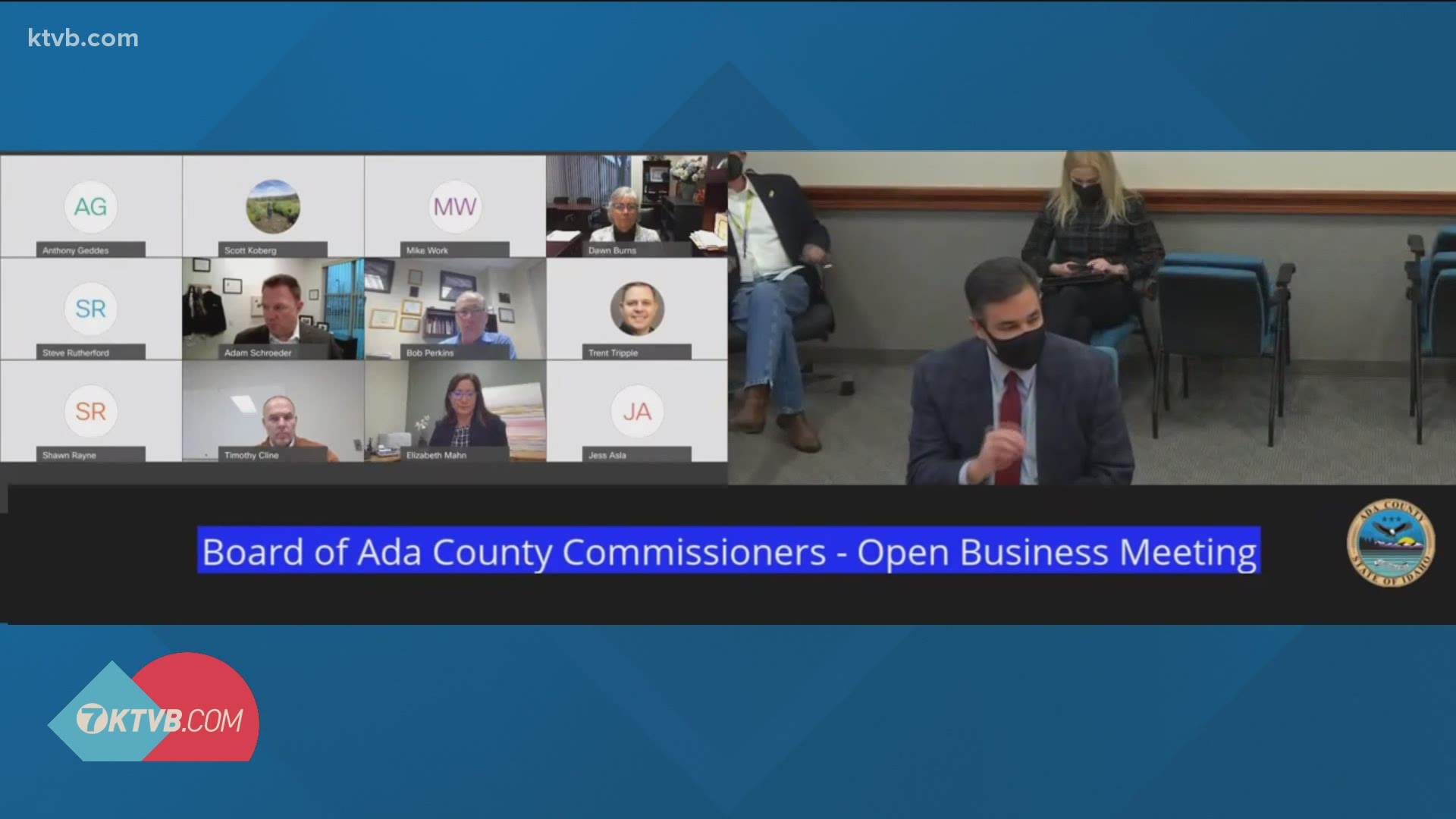 According to the Idaho Press, the commission's two new members, Ryan Davidson and Rod Beck, voted in favor of Labrador's appointment, while Commissioner Kendra Kenyon abstained.

Labrador, who works at Skaug Law firm in Nampa, served in the U.S. House of Representatives from 2011 to 2019 and chose not to seek another term in order to run for Idaho governor in 2018, when he lost to Gov. Brad Little in the Republican primary election. He also served in the Idaho State Legislature from 2006 to 2010.

Kenyon, the sole Democrat on the board with Lachiondo's departure, said voting for a replacement on the health board so soon was "out of the ordinary."

"Normally we have a day or two to discuss all voluntary appointments," Kenyon said, and abstained from the vote.

Davidson said the situation with Labrador was different because he's replacing Lachiondo on the health board.

"Myself and Commissioner Beck decided we were not the ones to serve in that term," Davidson said.

Kenyon said she was concerned by the apparent discussions between Beck and Davidson about placing Labrador onto the CDH board.

"That is worrisome to me, and the board needs to discuss issues like this," she said. "And since this is our first day of business I would just like trying to have that conversation, and don't think it's OK for the two of you to make those decisions outside of a quorum like this. The fact it's been teed up is worrisome to me."

Beck said he and Davidson had not made any decisions outside of the meeting, but that he had determined Labrador was a good choice.

"This is an active process in this unique situation," Davidson said. "We were approached by Mr. Labrador, and based on his experience and the critical situation we are in right now, it leans toward expediting this appointment."

Beck served as a Republican Idaho senator in the '80s and '90s, and Davidson is the former chairman of the Ada County Republican Party.

"I have watched over the last year as unelected officials make decisions that affect peoples' lives in the most intimate way," he said.

Labrador said the people of Ada County needed "common sense" and someone who understood the political, scientific and personal impacts of the decisions made by the Central District Health board.

"Many of these decisions are going to affect people for years," Labrador said, and said he would ask appropriate questions at CDH meetings.

Kenyon said she appreciated Labrador's willingness to step into the position but wanted to know if he would be willing to stay on the board once the COVID-19 was under control and septic tanks and sexually transmitted diseases were the questions du jour.

RELATED: US asking states to speed vaccine, not hold back 2nd dose

Labrador said he understood the scope of the board was larger than pandemic-related decisions, but the latter is what's driving his interest.

"A board who has never been known to make the magnitude of these decisions has been making decisions that affect everyday lives, that's why I'm interested in it," he said.