According to a release, the first reports of a case at the plant came on Monday. A spokesperson from SRHD says some of the new cases were related to the factory. 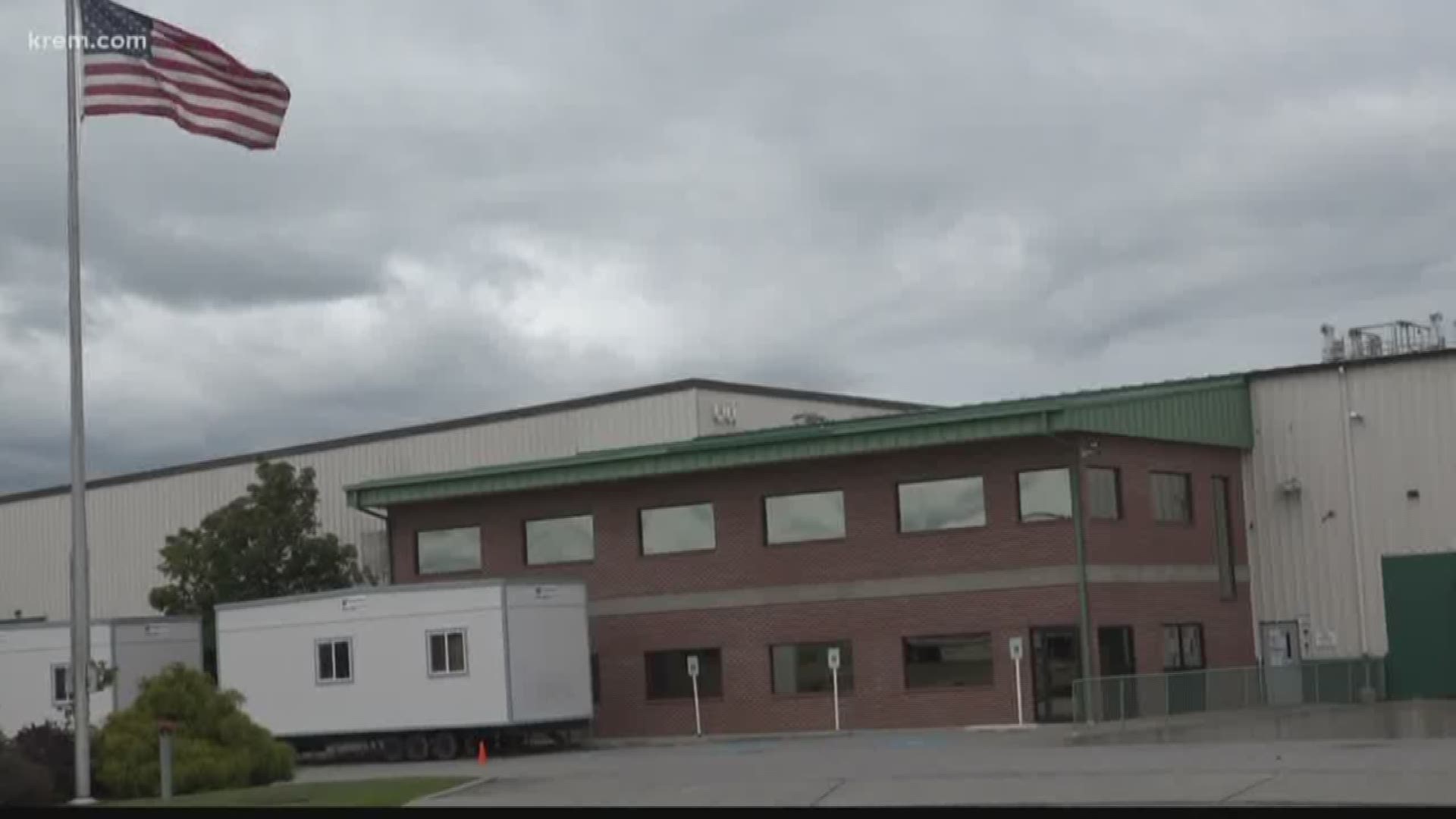 SPOKANE, Wash. — An additional 7 workers tested positive for the coronavirus at the Philedelphia Macaroni Company factory Saturday bringing the total number of confirmed cases to 31, according to a spokesperson.

The facility has been shut down for disinfecting and employee testing.

According to a release from the company, the first report of a positive test in an employee came on Monday, May 18. This is also when the factory was closed for cleaning and testing.

The company said it put measures in place in early March to attempt to reduce the spread of coronavirus in its facility, including a face mask requirement, taking temperatures of everyone entering the building and carrying out health surveys. The company also carried out additional cleaning and provided extra training for employees, according to the release.

The Philadelphia Macaroni Company said it has been in contact with the Spokane Regional Health District to perform contact tracing "and to determine the exact virus mitigating measures that will comply with the Department's recommendations."

The Spokane Regional Health District confirmed to KREM on Friday that recent double-digit jumps in positive coronavirus cases in the county was due to a "cluster outbreak," which occurs when the virus spreads among a close group or community. The district said contact tracing had been working and that it wasn't worried of the virus spreading to the greater Spokane community from the group.

"We have seen a spike, but the most important thing is that's not community spread," Hawkins said. "We have a contained cluster that our contact tracers are investigating."

In the initial report, the health district wouldn't name the specific group or location of the outbreak despite multiple requests by KREM, and the Philadelphia Macaroni Company didn't specify if the string of cases in their facility was responsible for the cluster outbreak.

Saturday, Hawkins confirmed that the outbreak was contained to one business or community, and that the district wasn't concerned that this would lead to spreading the disease among the greater Spokane community.

"This is a great example of an organization that was following all the guidelines and you can still see that an outbreak can occur," she said.

On Friday, Spokane County received approval to move to Phase 2 of the state's reopening plan.

RELATED: 'I don't want him to just be a number': Family remembers Spokane Veterans Home resident who died of coronavirus

RELATED: 2 million have recovered from COVID-19 around the world