"Before you open schools you have to see that the positivity rate has decreased," said pediatrician and Primary Health CEO, Dr. David Peterman. 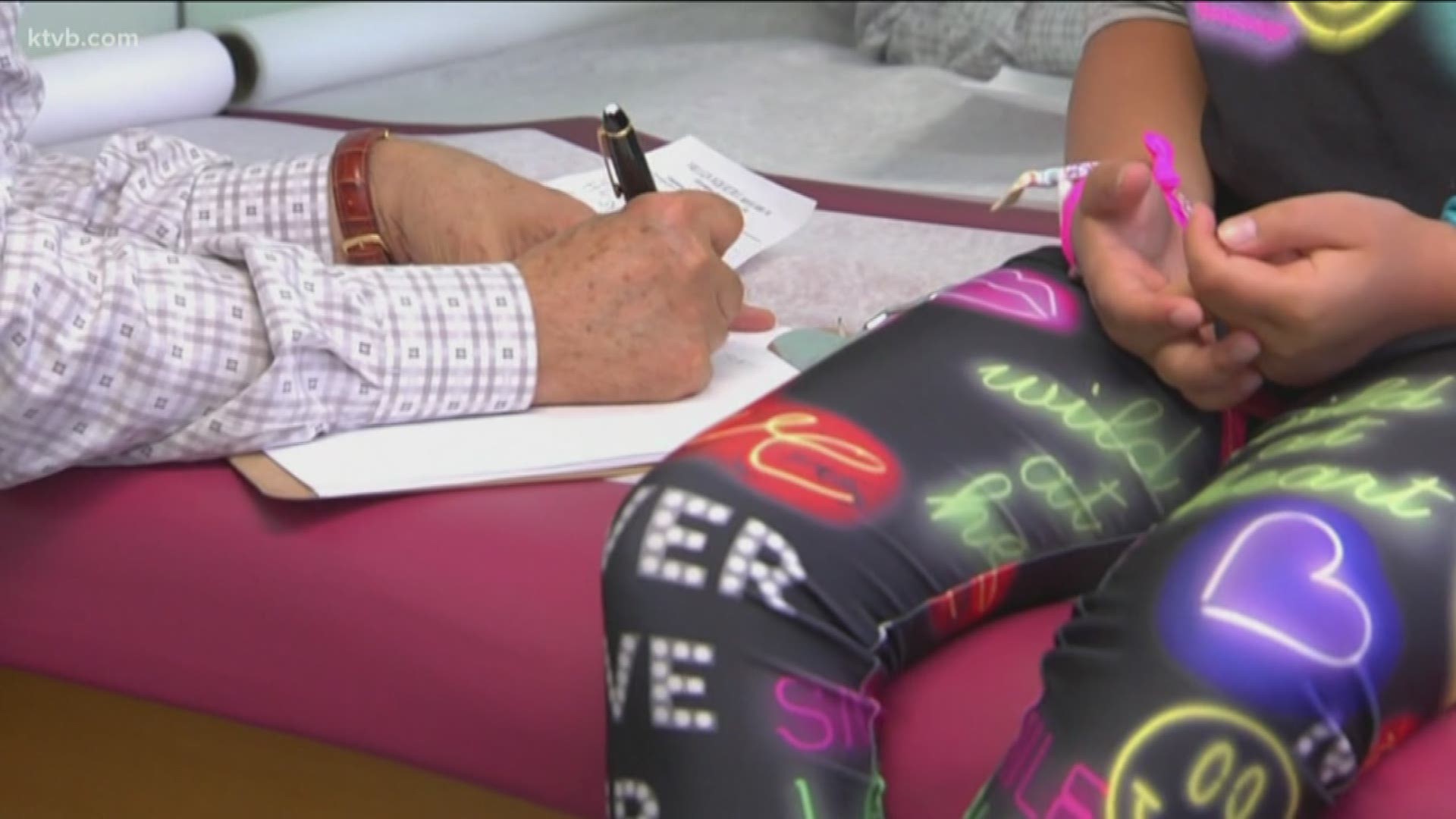 BOISE, Idaho — Should your kids go back to school?

It's a question being discussed in a lot of households across the nation and right here at home.

KTVB spoke with a Boise pediatrician to get a more in-depth look at how COVID-19 affects children ahead of schools reopening this fall.

“This has been a challenge for physicians and pediatricians all over the world, as it has been for the public,” said Dr. David Peterman, a pediatrician, and CEO of Primary Health Medical Group.

While the world is learning new information about the coronavirus every day, Peterman said, there’s still not enough data yet to know anything for sure. However, there is some evidence when it comes to COVID-19 and children.

“It appears, number one, they may not get coronavirus as easily or frequently as those who are 18 or older,” Peterman said.

Second, it seems children under the age of 12 are more likely to be asymptomatic, meaning they have the virus but not the symptoms. Lastly, according to Peterman, it appears kids may also be less likely to infect others.

“However, there is a caveat here,” he said. “Children can get very sick; children can end up in the hospital and certainly children can pass this on to their grandparents or someone who has an immune problem, so we need to treat it just as seriously.”

RELATED: Reopening Idaho schools: How to keep children safe during a pandemic?

Another concern: a severe illness that some children who have had coronavirus can later become infected with.

“It's called Multi-System Inflammatory Syndrome in Children (MIS-C)," Peterman explained. "It is described as an illness following getting coronavirus in which there is an inflammatory response that affects children’s major organs throughout their body, very severe."

He added that the illness can affect the heart, the lungs and the kidneys. Fortunately, he says we have yet to see a case of it here in Idaho.

Primary Health has five respiratory clinics and one is devoted specifically to children. Since the pandemic began, they’ve tested 2,000 kids under the age of 18 for COVID-19.

“Only about 120 of them have been positive,” Peterman said.

It is important to note that between May and June, following the governor's stay-at-home order, Primary Health on average saw zero to one positive test in children each week. But in the last week alone, they've seen 40 positive tests.

“So, when you go from zero to one to 40 that tells you children do get this, it's very serious and as a pediatrician it's worrisome,” Peterman said.

That concern is taking center stage as schools now discuss plans to reopen in the fall.

To put that positivity rate into perspective, Primary Health is currently, on average, seeing a positivity rate at their clinics of nearly 10% when it comes to kids under the age of 18. According to Peterman, positivity rates of 5% or less typically means the disease is under control.

He added that schools should also have clear, detailed plans before reopening.

RELATED: Idaho to remain in Stage 4; Gov. Little calls on schools to reopen in the fall