Gov. Brad Little said he doesn't want anyone to get sick, but a one- or two-day spike in COVID-19 cases alone would not push back the next phase of reopening. 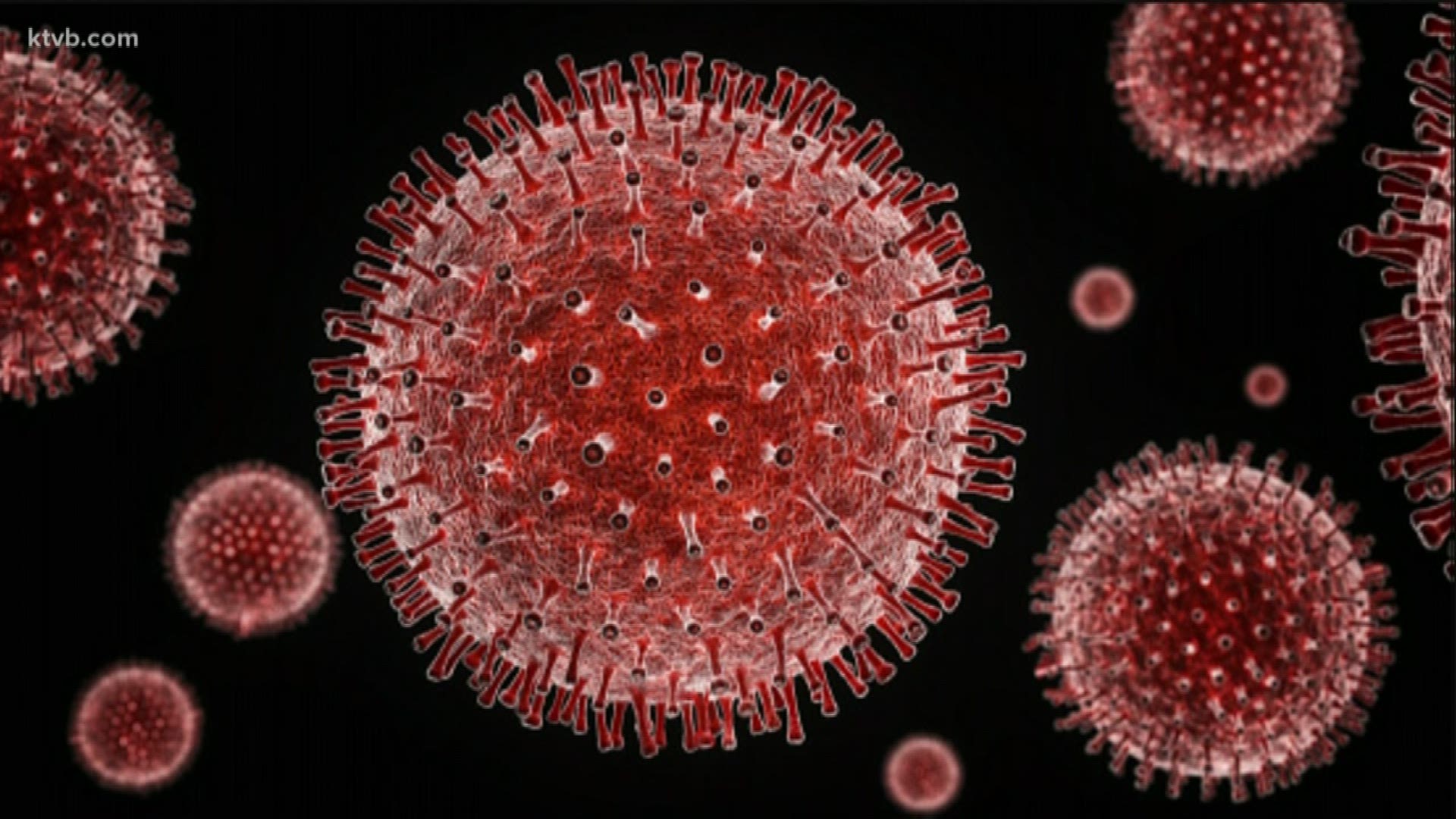 BOISE, Idaho — With Idaho in the second week of Stage 2 for the state's phased reopening, Gov. Brad Little said Tuesday that he and other state officials do not want to make any commitment about whether Stage 3 will begin on Saturday, May 30.

The increase or decrease of new cases is just one factor state officials look at. Hospital capacity, particularly intensive-care unit capacity, is another.

In his weekly telephone town hall hosted by the AARP, Gov. Little said a one- or two-day spike, while unwanted, doesn't have a "significant statistical impact" on the longer-term trends.

"The overall trend lines are going the direction we want -- down in some areas and flat in others," Little said. "We've still got the bulk of this week to get through."

The governor added that any COVID-19 cases in which onset occurred during Stage 2 are just beginning to be reported, and are "just going to start showing up here in the next few days."

Symptoms of the virus may show up anywhere between two days and two weeks of exposure.

"I think we're OK," Little said. "But I don't want to make any commitment until we see what the numbers and the statistics are."

The South Central Public Health District on Friday night reported 44 new cases in the district and two deaths in Twin Falls County. That information came after the statewide numbers for Friday were posted.

South Central Health had said earlier in the week that targeted testing would increase in that region, and that a jump in the number of cases was likely.

There were some discrepancies in the numbers initially reported by South Central Health and by the state. Many of the cases are linked to a meat-packing plant in Jerome.

"We did have a bit of a cluster due to one employer in particular that had some testing and then the reporting was coming in that kind of created a little bit of a problem in how that was being reported back," said Sara Stover, a senior policy adviser with the governor's office. "Those numbers were the numbers that were being reconciled, but those were specific to that one kind of isolated area. We had sort of a small cluster there that we feel is pretty well contained."

The state reports numbers sent in by various health districts and labs around Idaho, and sometimes that leads to discrepancies in the counts that are reported.

"Believe me, nobody's playing hanky-panky with these numbers. We have to have them accurate, but some of them come from different labs. Some of them, health district reports -- it's hard. People want them by county. And sometimes we don't know what counties they're in and we have to reclassify them," Little said. "You know, the most important thing is (when) we have a positive, we get ahold of that person's health care provider and get a hold of them."

Tuesday afternoon, about three hours after the governor's town hall concluded, South Central Health confirmed community spread in Cassia County, meaning that in at least one case, neither out-of-state travel nor contact with another person already confirmed to have COVID-19 was a factor.

Community spread has now been confirmed in five of the district's eight counties.

Gov. Little last week announced an Idaho testing strategy that sets priorities for who should be tested and aims to close testing gaps that affect many of Idaho's rural areas.

The governor plans to make an announcement regarding Stage 3 of reopening in a press conference scheduled for 1:30 p.m. Thursday, May 28.

That press conference will be streamed live on KTVB.COM and the KTVB YouTube channel.

RELATED: Viewpoint: What will school in Idaho look like in the fall?

RELATED: Restaurants reopened for dine-in customers nearly a week ago. Here's how it's going for some