At least 12 Oregon counties could move back to extreme risk next week, Gov. Brown says

Oregon Gov. Kate Brown and state health leaders said during a briefing Friday that a fourth wave of COVID-19 has reached the state. 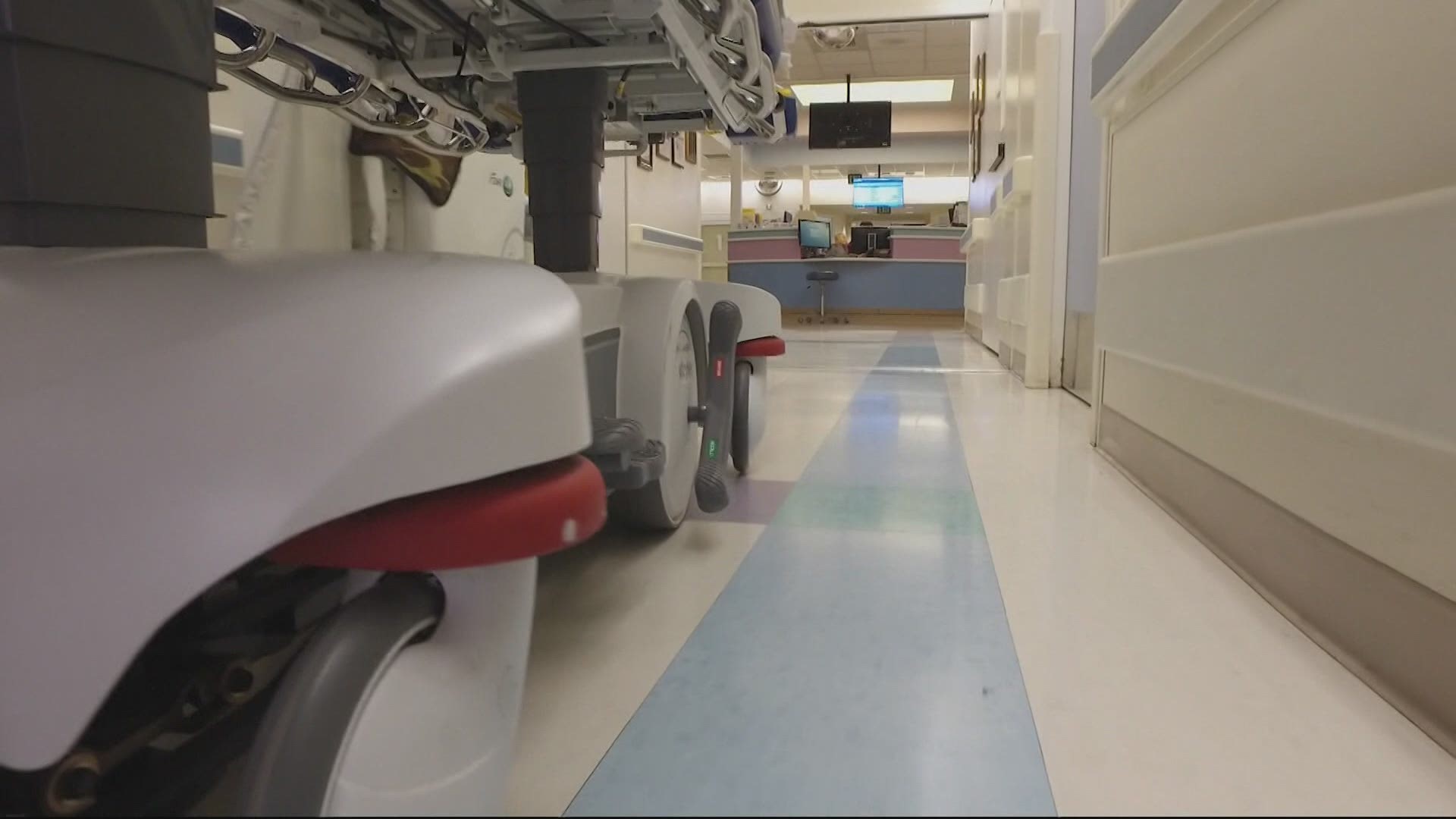 SALEM, Ore. — Oregon Gov. Kate Brown and state health leaders said during a briefing on Friday that a fourth wave of COVID-19 has reached the state. Because of the rise in cases and the increase in hospitalizations over the past month, at least 12 counties are at risk of moving back into the extreme risk category, Brown said.

Such a move would ban indoor dining at restaurants and significantly reduce the number of people who can be inside a gym or indoor entertainment space.

RELATED: 'This looks a lot like November': COVID cases rising fast in Oregon

The state's weekly report for April 12-18 announced 4,742 new COVID cases during that week. That’s a 27% jump over the previous week and the fourth week in a row in which COVID cases increased by 20% or more. As of Friday morning, there were 276 people hospitalized in the state because of COVID-19, a 9% increase over the past week and a 109% increase since March 1, according to state epidemiologist Dr. Dean Sidelinger.

"A few weeks ago, I came before you to say that we were concerned we would have a fourth surge of COVID-19 in Oregon. Unfortunately, today, that surge is here," Brown said.

"Please know this is not a step I take lightly," Brown said. "However, this could be the last time that we need to impose this level of restrictions, given our vaccination trends and the virus' behavior. At this moment, we are moving backwards. Oregon needs to be moving forward."

Brown and other state health leaders said that the difference between this wave and those in the past year is that the state has the COVID-19 vaccine to combat the rise in cases and hospitalizations. Half of Oregon's adult population has received at least one dose of the COVID vaccine, according to Oregon Health Authority (OHA) director Patrick Allen.

If the state continues at its current pace of vaccinations, Brown said that Oregon can get to a place where most restrictions are lifted and the economy fully reopens no later than the end of June. But for the next few weeks, Oregonians will need to wear masks, practice social distancing, avoid large social gatherings, wash their hands and get vaccinated, Brown said.

"How quickly we get there is up to each and every one of us," Brown said.

The Centers for Disease Control and Prevention is now investigating to determine if the Oregon woman's death was directly tied to the Johnson and Johnson vaccine. OHA said until the investigation is complete, "it cannot be concluded whether her death is related to the vaccine."

A news release from OHA Friday afternoon said the Western States Scientific Safety Review Workgroup will review the decision. After the review, OHA will share its recommendation to vaccine providers around the state.

“Today’s federal actions are encouraging news as we confront the latest surge in COVID-19 hospitalizations and deaths," said Dr. Dean Sidelinger, Oregon’s state health officer. "This thorough scientific review found that the benefits of the Johnson & Johnson outweigh the risks. And the prompt and rigorous safety examination can give us all confidence that adverse events are carefully scrutinized."