UCHealth nurse Marc Perreault brings the power of music to his patients in the ICU. 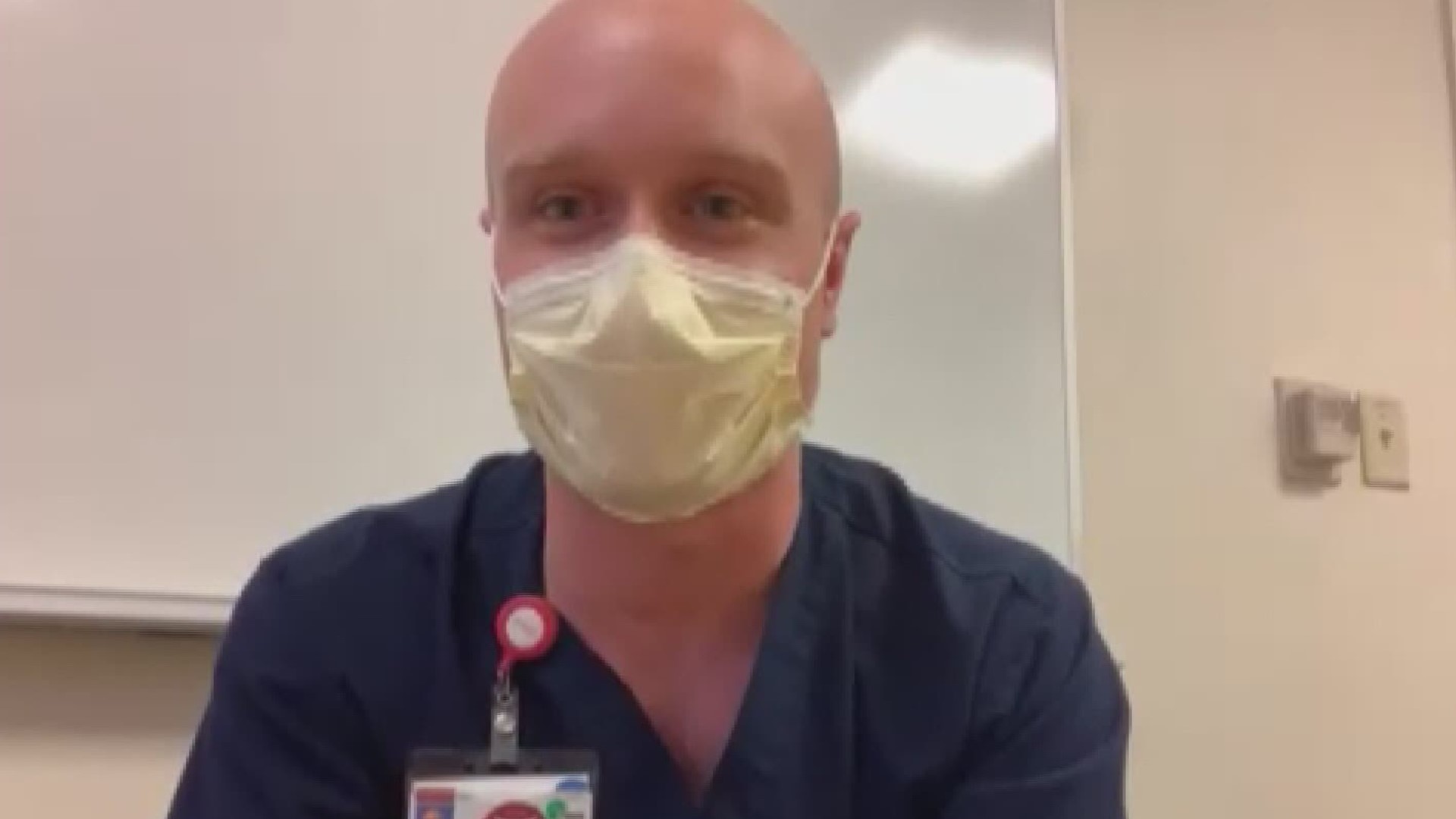 AURORA, Colo. — For some who are sick from COVID-19 and fighting for their lives, the Intensive Care Unit can be a lonely place. UCHealth registered nurse Marc Perreault is working to change that for his patients.

In the ICU, no family members are allowed. The only sounds are of hums, beeps and respiratory fans -- and the voice of Perreault, who sings to patients who are heavily sedated and recovering from COVID-19.

"For the past month, I have been down here in the COVID-19 ICU," Perreault said. "It gets heavy having to deal with sicker patients every day."

To escape the dreariness and comfort patients, he started singing to them.

"You really do kind of get to know them and their ins and outs and their intricacies as human beings," he said. "It brings me a lot of comfort. It’s something I’ve done as a little kid. ... It really just kind of lightens the day and brings some levity to the day-to-day."

"You’d walk by the room to see what’s going on, and there’s Marc singing to his patients," Thornton said. "It just touched all of us. It was just such an amazing moment."

Perreault plays in a four-piece folk band called the Deadwood Quartet. Since the coronavirus pandemic began, he spends most of his time at the hospital.

He said he believes music has an impact on patient recovery.

"One thing that’s important for me is to share messages of hope," Perreault said. "About a year ago, I cared for one patient who spent about a month under sedation. When she came out and transferred off the unit, she said, 'that’s the guy who is always singing. I remembered him.'"

Perreault sings his band's music and covers other artists. He also writes songs when he's inspired by what's happening around him.

"I’ve got like half a dozen half-written songs from all of this," he said. "The hope is that we can pull it all together in the end and make something beautiful out of something that’s kind of ugly."

RELATED: 'I don’t think our normal will be normal again': Colorado nurses on front line of COVID-19 pandemic share their experiences

RELATED: We want to highlight the nurses who have made a difference in your life