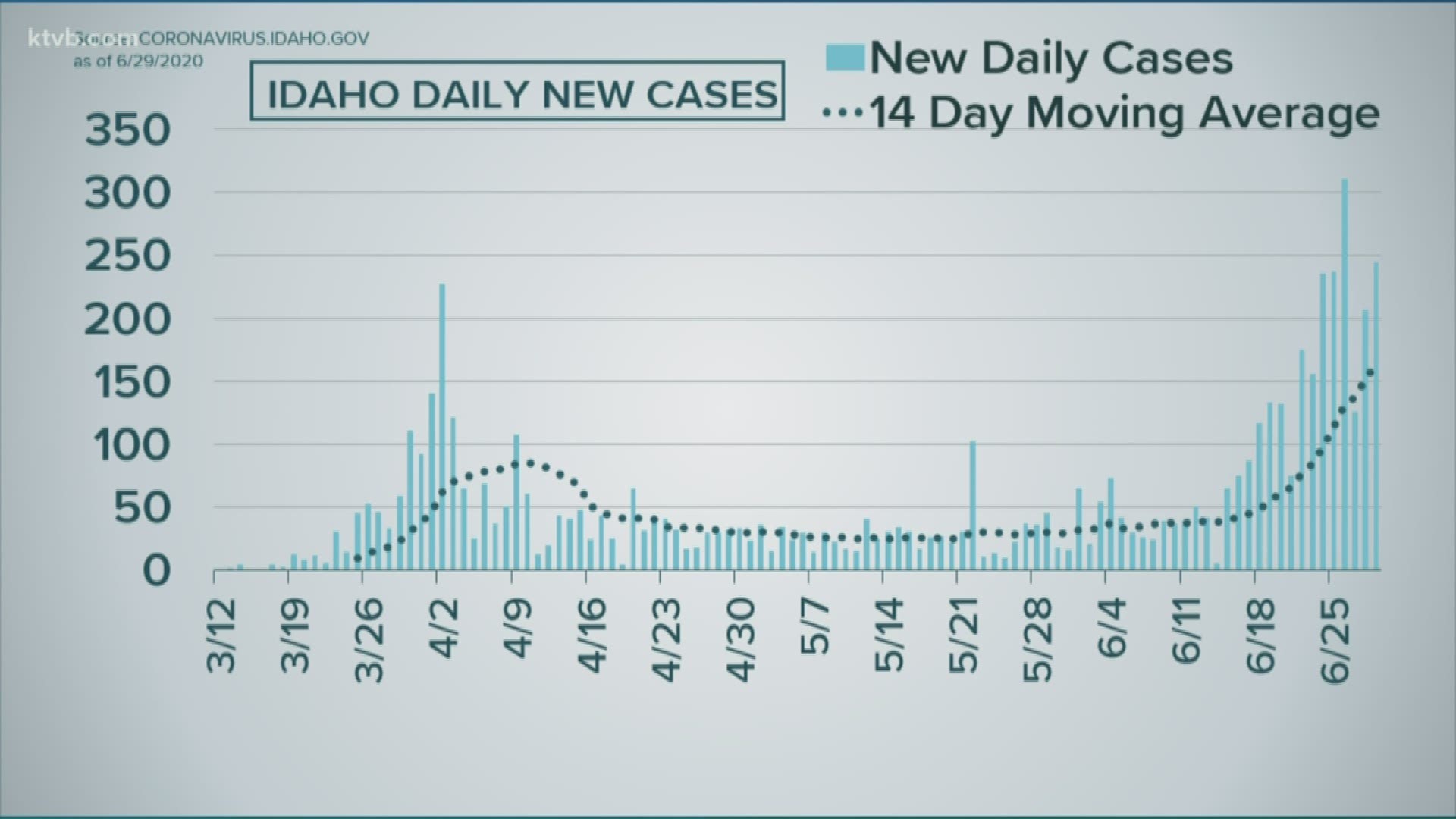 The state and local health districts updated their numbers late Monday afternoon, reporting two days' worth of data. On Sunday, the state added 206 confirmed new cases, and on Monday, another 244 cases.

That means, as of Monday night, Idaho had 5,255 confirmed cases statewide. The state also reported 4,073 total recoveries. No new deaths were added on Sunday or Monday, leaving the state total at 91 deaths.

Of the state's total caseload, more than half come from Ada and Canyon counties, which have been the top two hot spots for more than a week, reporting significant increases.

Between Sunday and Monday, Bear Lake and Oneida counties reported their very first cases, which now puts the virus in 40 of Idaho's 44 counties.

Butte, Clark, Lewis and Shoshone are the only counties that have yet to report a confirmed COVID-19 case.

The state and health districts also count probable cases for each county.

Counting both confirmed and probable cases, Ada County is still the state's hot spot by far. Based on the most recent data on Monday, CDH reports 2,072 total cases for Ada County so far.

Canyon County is second-highest in the state, with SWDH reporting 763 confirmed and probable cases.

In the early stages of the pandemic for Idaho, Blaine County was considered the state's hot spot. But it has since plateaued on the number of cases and has dropped to the fourth-highest county.

Twin Falls County also has the highest number of deaths at 25. Ada County is second highest with 23 and Nez Perce County is third at 19.

Another change, after adding in numbers from Sunday and Monday, shows that Kootenai County continues to see a large increase. It added 58 new cases in two days.

Sitting at 233 cases Monday night, it by far has the highest amount of cases in the Panhandle Health District. The next closest county has just 30 cases.

The state reported no new hospitalizations from COVID-19 on Sunday or Monday and data shows Idaho is still below its healthcare capacity.