Multnomah County chair on pandemic, new restrictions: ‘Toughest thing I think our community has ever gone through’

The two-week statewide restrictions include limiting bars and restaurants to takeout only. The freeze in Multnomah County will last at least four weeks. 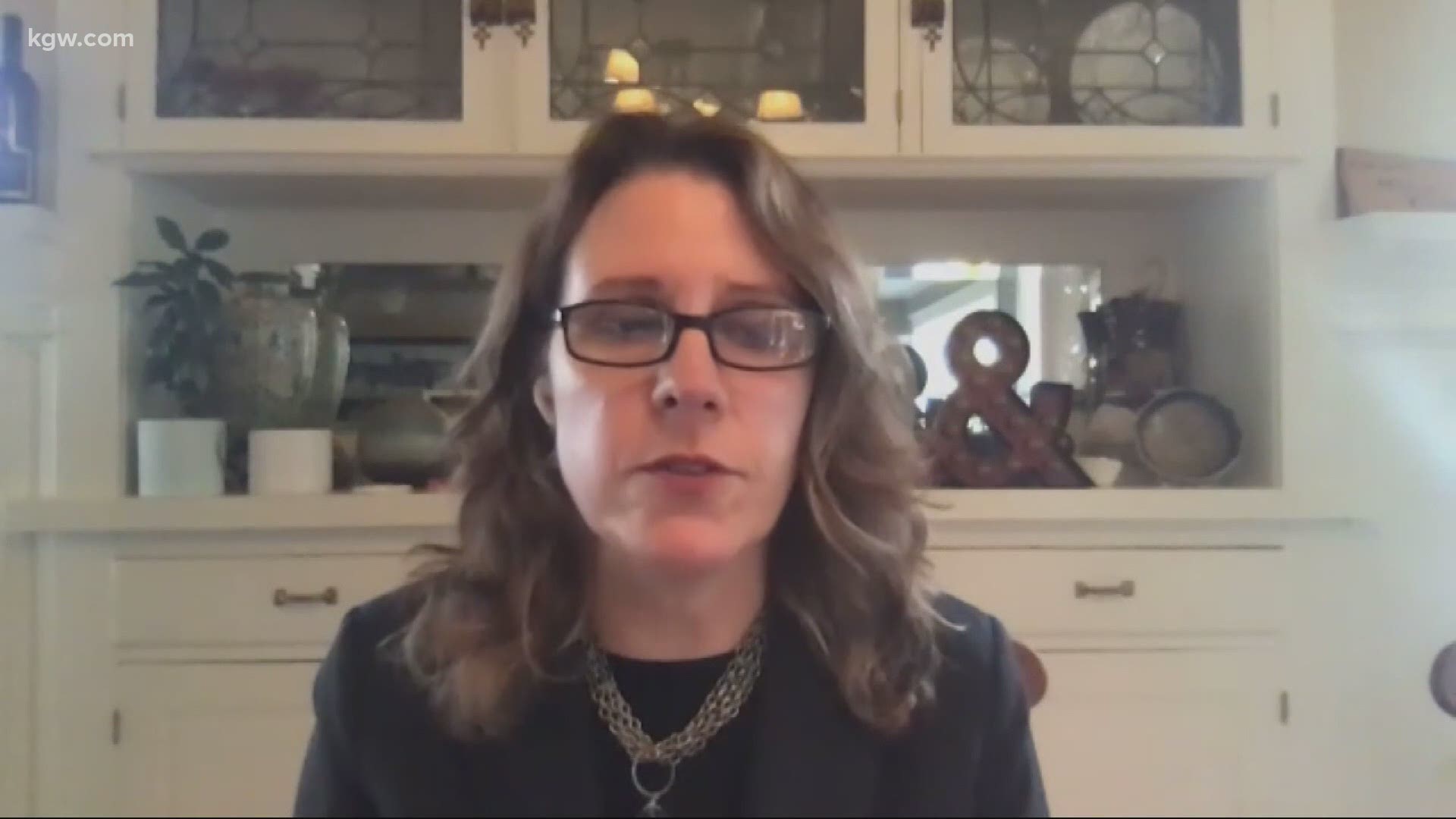 “I’m not asking you, I’m telling you,” said Brown, on a day when the state reported 1,076 new COVID-19 cases and seven more deaths.

Brown issued a two-week statewide "freeze" beginning Nov. 18 to help stop the spread of the virus. Restrictions include limiting bars and restaurants to takeout only. Gyms, as well as indoor and outdoor event venues will close. Malls can stay open at 75% capacity.

“I know it's hard and I know everybody is weary,” said Brown. “But we are trying to stop this ferocious virus from spreading even more quickly and far and wide, and to save lives."

The governor ordered Multnomah County, considered a COVID-19 "hot spot,” to follow the new restrictions for at least four weeks—twice as long as the rest of the state.

“This is the toughest thing I think our community has ever gone through,” said Multnomah County Chair Deborah Kafoury.

While the freeze isn’t scheduled to start until Wednesday, Kafoury urged people to start observing it right away.

“If you had plans to hang out with your friends and your family this weekend, don’t take that chance,” said Kafoury. “We've heard so many stories of small social gatherings as a way that this disease is being spread.”

“It has been really hard for me to see people in the hospital, isolated and alone like that,” said Choo, between tears. “Many of you cheered and rang bells and put up signs calling us heroes and we're so grateful for that. Right now we're asking you to be our heroes."

There's no question the freeze will further impact local businesses, especially in Multnomah County. But, Kafoury said, the ultimate goal is saving lives and eventually getting back to normal. She hopes people will consider all of that, and do the right thing.

“People can't just think, ‘Well, I’m going to sneak a quick party in this weekend and no one will know about it,'” said Kafoury. “No.”