“It has been a long road and we both cried,” the 68-year-old grandmother said. “It was really special." 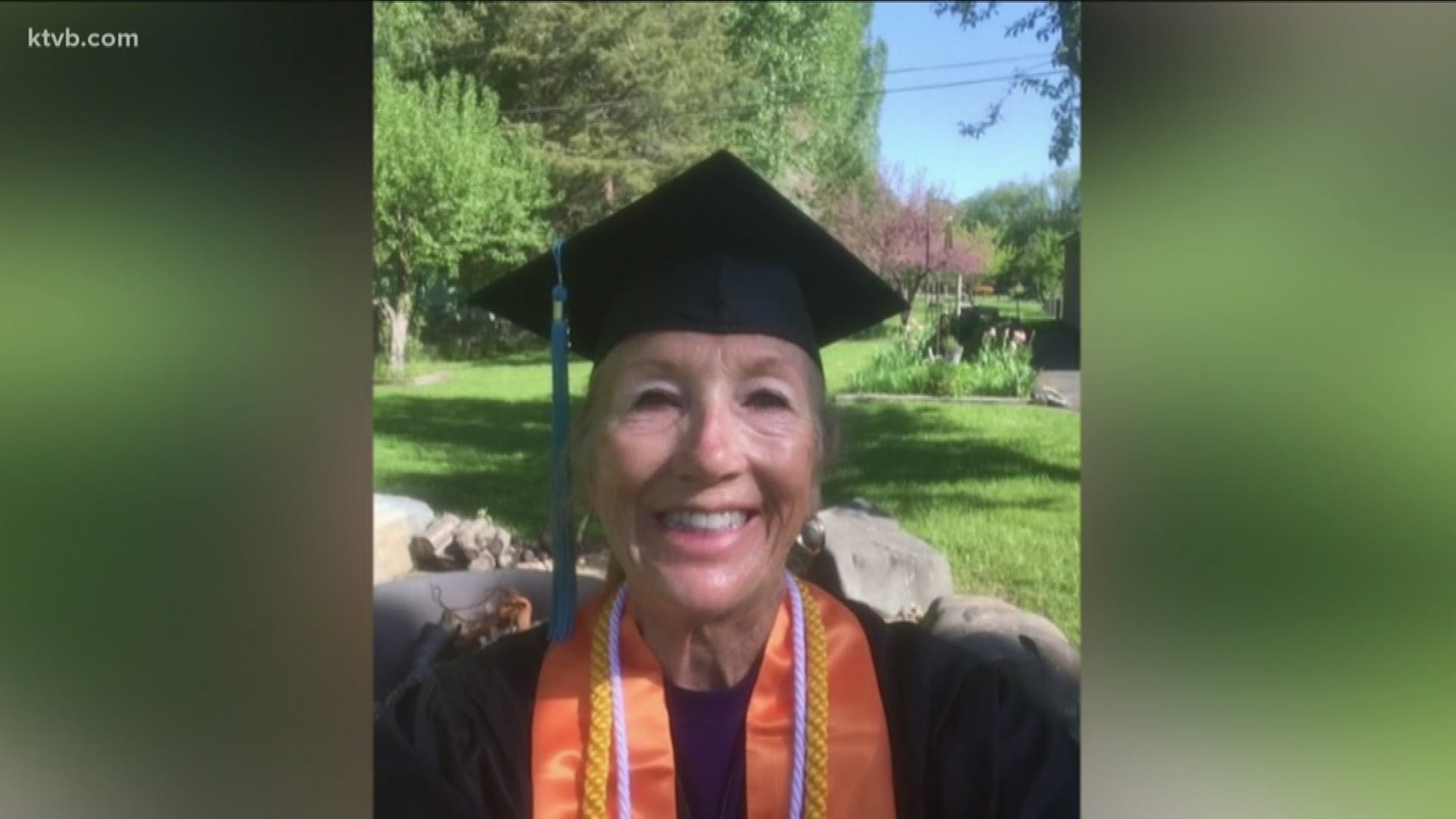 BOISE, Idaho — Around this time of year, gyms and arenas would be normally packed as thousands of people eagerly wait to get a glimpse of their loved one walking across a stage to graduate.

However, this year because of COVID-19, things are a little different. Boise State University had its first-ever virtual commencement celebration on Saturday. Nearly 2,800 students graduated and among them was 68-year-old Sandy Hemingway, who graduated with her son.

“We had a contest going because I graduated with my undergrad degree one month before I turned 40 and so I always told him you need to finish this before me and so we always had this contest going,” Hemenway said. “But he's 42 and so he said I didn’t win, but I said at least you beat grandma.”

RELATED: Class of 2020 | Here's how to give Idaho graduating seniors a shout-out and share their picture

“It has been a long road and we both cried,” she said.

What makes their story extra special, is the fact that they're not the only Boise State University students. Hemenway’s granddaughter also just finished her freshman year at Boise State.

“For all of us it was kind of fun because I would have a problem and I would call up my son and I would say I don’t know how to do this because they're making me do something on zoom so he would tell me how to do something,” Hemenway said.

Three generations are now making memories to last a lifetime together.

“It was really special,” Hemenway said.

She told KTVB that she's now getting ready to work on her third master's degree, this time, in visual arts. Her granddaughter plans on finishing her undergrad work in three years. So there's a chance they could graduate together! As for this graduation, they hope to have a celebration later down the road.

Boise State is also planning an in-person ceremony in December for graduates who wish to participate.