Central District Health voted to clarify the mandate because the original mandate's intent included schools in its wording of public spaces. 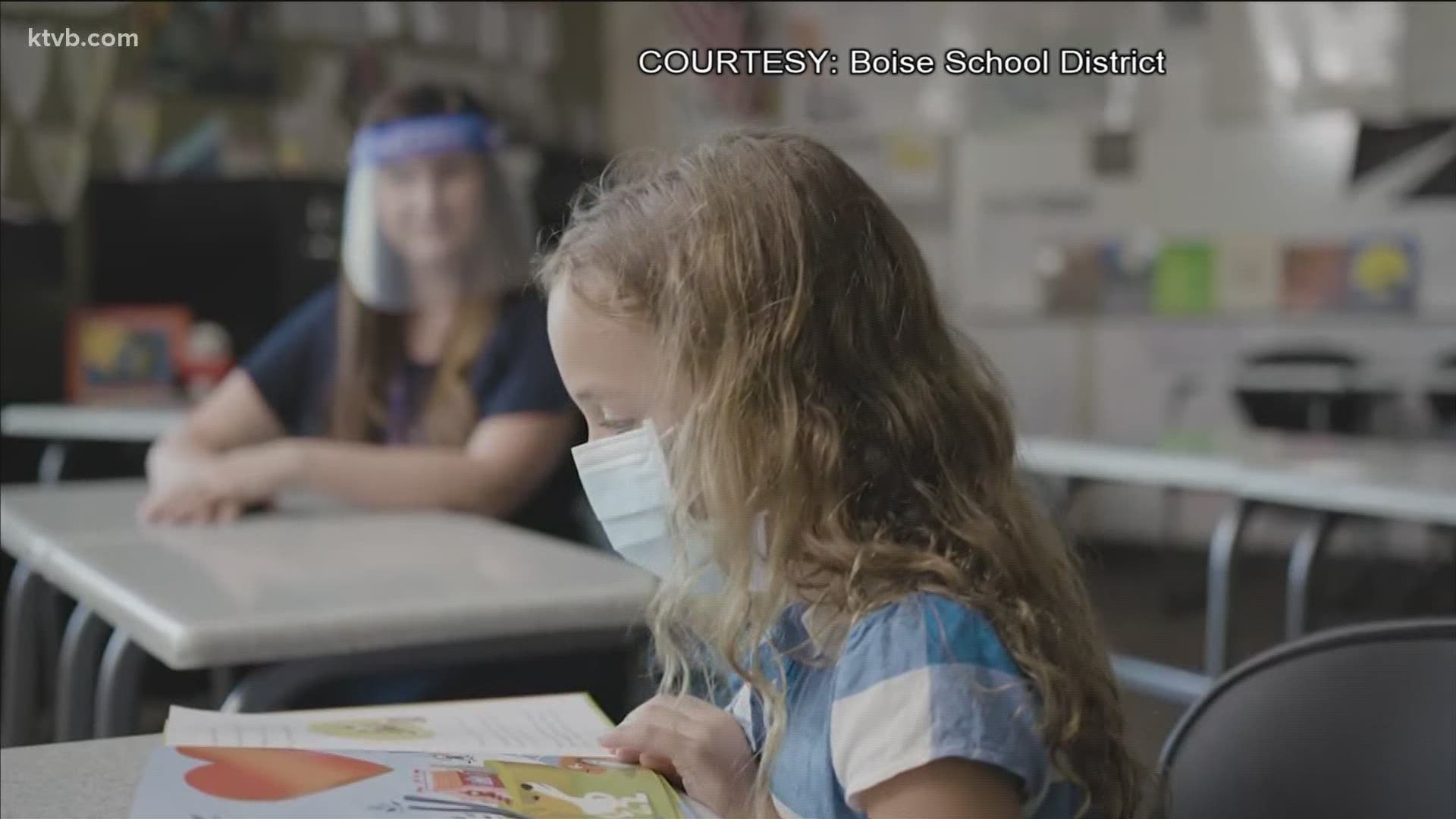 BOISE, Idaho — Central District Health voted to clarify the face mask mandate for Ada County to include all K-12 schools, universities and trade programs. The vote followed an hour-long discussion between the health board and education leaders.

Tedd Epperly, a board member of CDH, motioned to clarify the face mask mandate on the basis that the original mandate's intentions included schools and universities.

"This was a large gathering of people in a public place that would be best served by having face masks," he said.

The board voted and approved the clarification for the mandate. The sole vote against the motion was Megan Blanksma.

Blanksma went back and forth with Epperly over the motion, as she believes the board should wait to vote on expanding the mandate until official statistics on levels of the outbreak are released next week.

"I think that more than anything that we're getting on a lot of these emails are people screaming for some standard and some data and some understanding as to why these mandates are coming out. And I think expanding a mandate, when we know there's data coming, is not the most optimal decision for the board," she said.

Epperly's rebuttal was that the mandate reinforces the seriousness of wearing face masks in public spaces and only affects one county in the health district.

The mandate does not include child care facilities, which will be discussed in future meetings. Their next meeting is scheduled for August 4, at 4 p.m.

Before the board voted and approved the clarification for the mask mandate, Central District Health met with several education leaders to discuss Idaho's school reopening plan. Following that discussion, the district's board also voted on clarifying the face mask order for Ada County.

In the first half of the two-hour meeting, CDH met with Debbie Critchfield, the president of the Idaho State Board of Education, Superintendent of McCall-Donnelly Schools Jim Foudy, and David Reinhart, the assistant superintendent of School Services in Kuna.

The meeting with education leaders was over the process of the Idaho Back to School Framework and general school readiness for having children be safe while coming back to school.

Critchfield answered board members' questions about how the ISBOE is working with individual school districts and health districts to reopen schools.

"So the framework establishes that local health districts will identify which category of transmission their schools are in. And then the boards will develop responses based on the level of community transmission," Critchfield explained. "Now if a city or local health district places specific restrictions in place, like wearing masks in public places, schools are subject to those additional restrictions. But fundamentally, based on levels of transmission, not individual local restrictions that may be in place at any given time. So school boards are to make the educational decisions, determine their responses, with input in consultation from public health."

She also clarified that the ISBOE didn't force any schools to close in March when the pandemic first began.

“Something that has been confused with what happened in the spring, the governor nor the board, directed any school closures. All the school closures that were made were done by local boards," she said. "Where the Board of Education stepped in, was to help districts as we heard from them.”

Foudy brought up how schools in his district are preparing for schools reopening, including the process that teachers and staff should do if a student has COVID-19.

"So what we're working on is identifying and creating isolation rooms and spaces. And then those protocols where if you have a student that presents with symptoms, you know, what do you do first, what do you do second What do you third, and how do you minimize that exposure as soon as possible," he said.

He also discussed how contact tracing students would be.

Reinhart said Kuna schools have treated face masks as part of required safety equipment and will treat as a dress code for students throughout the summer and will continue to do so going into the normal school year.