Amid all the rush on grocery stores, the Washington Department of Health released a statement asking people to “leave some for their neighbors.” 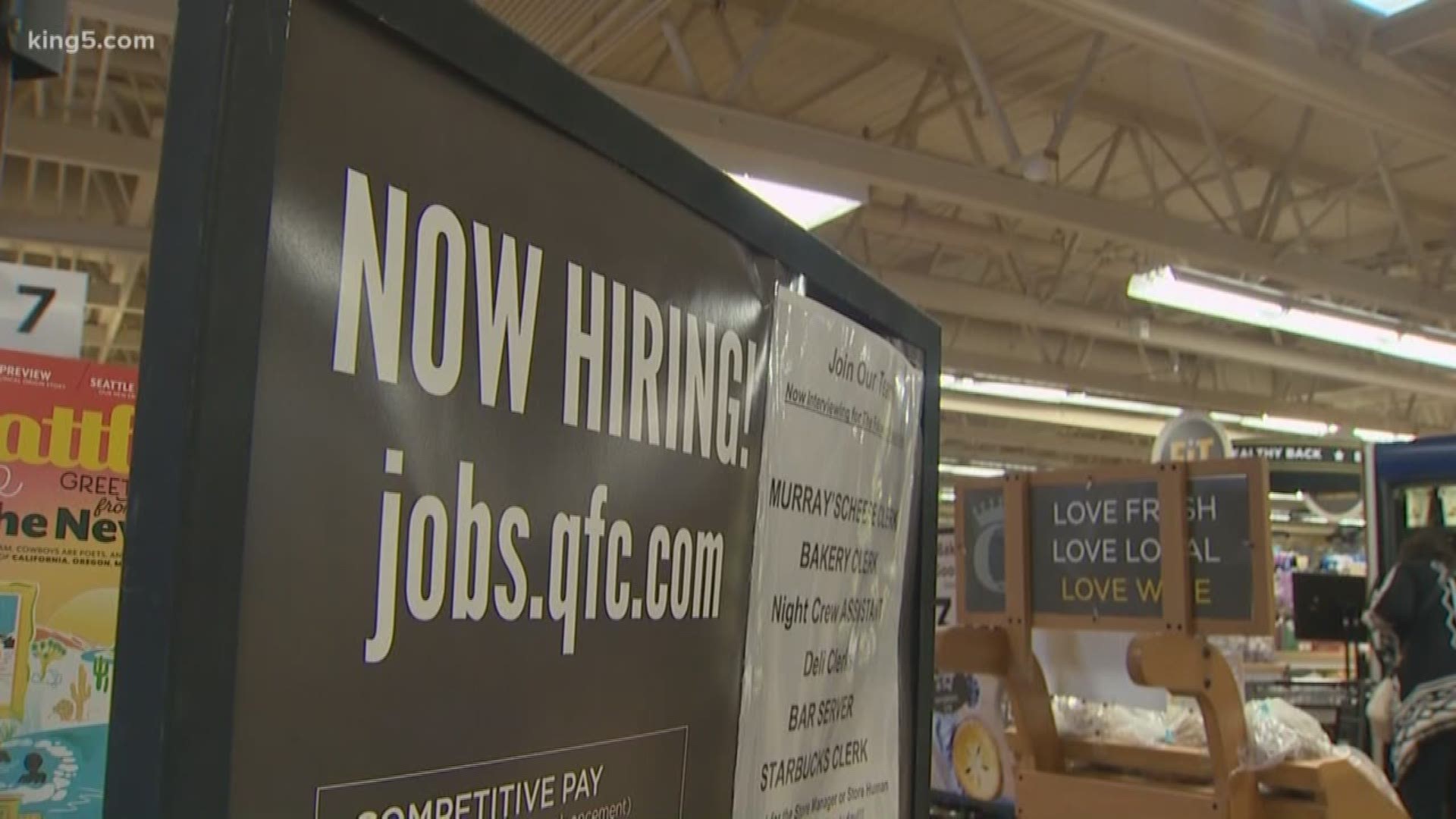 It’s a similar story at many grocery stores nationwide, as people rush to get supplies during the coronavirus outbreak.

KREM photographer Roger Hatcher said some of the upper shelves at the Spokane Valley Costco are empty, but most items seem to be in stock.

Amid all the rush on grocery stores, the Washington Department of Health released a statement asking people to “leave some for their neighbors.”

Officials said the empty shelves are doing more harm to those who may actually need them. They also recommended to stock up on canned foods, beans and fruit, or pasta and frozen foods that will last rather than items such as toilet paper.

Stores across Washington, including Safeway, Albertsons and Target, are reserving store hours for some shopper that are more at-risk of getting coronavirus.

RELATED: Safeway and other stores to reserve hours for those most vulnerable to COVID-19

Senior citizens, pregnant women and people with compromised immune systems can shop at Safeway and Albertsons on Tuesdays and Thursdays from 7 a.m. to 9 a.m.

The hours of 7 a.m. to 8 a.m. on Wednesdays have been reserved at Target for older adults along with people who have compromised immune systems. Target will also start closing at 9 p.m. starting on Wednesday to allow staff more time to clean.

Health officials have recommended that people over the age of 60 self-quarantine.

KING 5 Staff contributed to this report.

RELATED: How Spokane area hospitals are responding to the coronavirus outbreak