Both of the Democratic presidential nominees had scheduled campaign events in Cleveland on Tuesday. 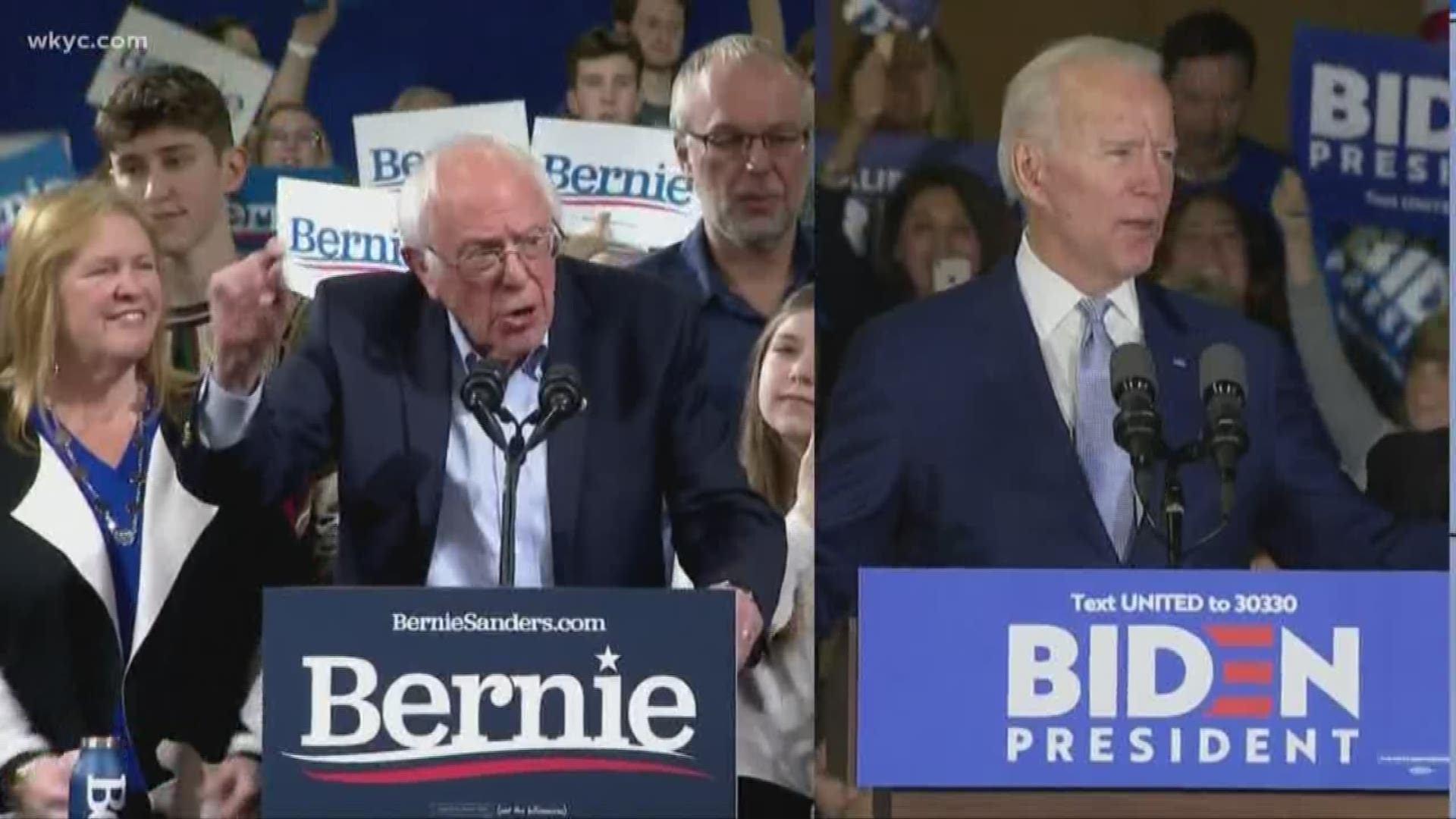 CLEVELAND — Joe Biden and Bernie Sanders have each announced that they have canceled scheduled campaign rallies in Cleveland tonight due to concerns about coronavirus.

Senator Sanders was scheduled to speak at the Huntington Convention Center.

“Out of concern for public health and safety, we are canceling tonight’s rally in Cleveland,” Sanders communications director Mike Casca said in a statement. “We are heeding the public warnings from Ohio state officials, who have communicated concern about holding large, indoor events during the coronavirus outbreak. Sen. Sanders would like to express his regret to the thousands of Ohioans who had planned to attend the event tonight.”

He said future events for Sanders’ presidential campaign “will be evaluated on a case by case basis.”

"In accordance with guidance from public officials and out of an abundance of caution, our rally in Cleveland, Ohio tonight is cancelled. We will continue to consult with public health officials and public health guidance and make announcements about future events in the coming days. Vice President Biden thanks all of his supporters who wanted to be with us in Cleveland this. Additional details on where Vice President Biden will address the press tonight are forthcoming," said Biden communications director Kate Bedingfield.

On Monday, Gov. Mike DeWine announced that three patients from Cuyahoga County in their mid-50s were the first confirmed cases of coronavirus in Ohio. There are 15 people under investigation as of Tuesday afternoon. Ohio Department of Health Director Amy Acton says the agency expects the number of cases will go up.

Earlier on Tuesday, Ohio Gov. Mike DeWine advised the state's colleges and universities to shift from face-to-face to online learning until further notice. He has also recommended that all indoor sporting events in the state of Ohio go without spectators, with the governor adding he had "just gotten of the phone" with the OHSAA and most of the state's professional sports teams.

Outdoor sporting events such as Major League Baseball (which is set to begin in just over two weeks) will be allowed to continue, albeit with heightened awareness.

RELATED: List: Northeast Ohio institutions & locations that have been closed, restricted due to coronavirus threat

RELATED: University Hospitals: Six caregivers who were in contact with coronavirus patients are being isolated