Both doctors work in the ER at St. Luke's Wood River in Ketchum. After recovering at home for a few weeks, both are ready to get back on the front lines. 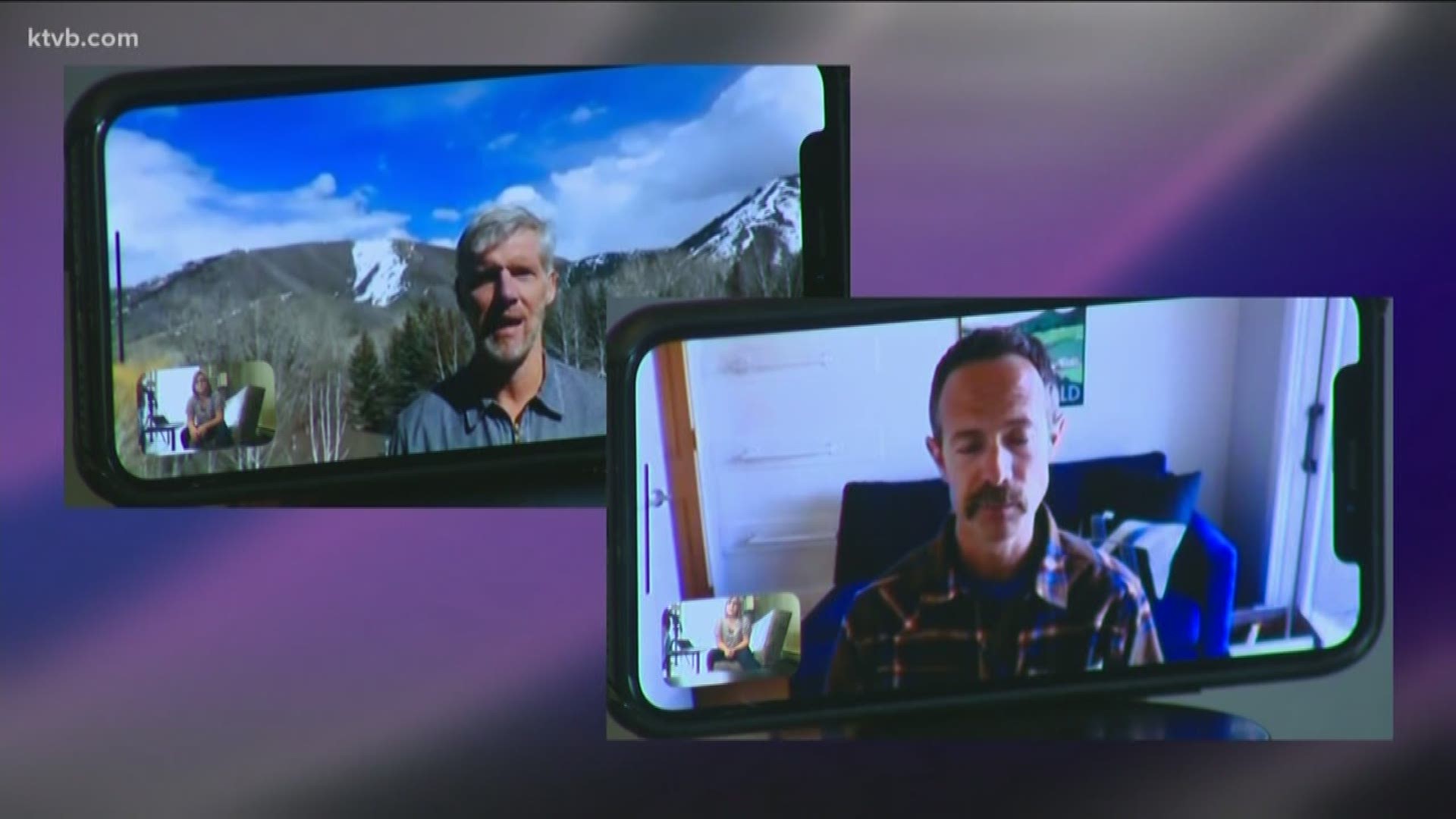 BOISE, Idaho — Two emergency room physicians at St. Luke's Wood River in Ketchum contracted the coronavirus or COVID-19. After several weeks at home, both doctors are recovered and ready to go back to work.

KTVB spoke with both doctors to hear about their experiences fighting the virus.

Dr. Brent Russell and Dr. Brock Bemis both started having a lot of fatigue around early March. Neither thought anything of it, but a few days after the fatigue set in, both started showing other symptoms like a cough, fever, and shortness of breath.

Bemis also lost his sense of taste and smell, while Russell experienced shaking chills and a sore throat.

He first started getting sick around March 10. Now, nearly one month later, he's finally feeling better and ready to go back to work. Russell said he still has a slight cough but overall feels good.

MORE: 'It's going to get a lot harder': Blaine County doctor recovering from coronavirus describes challenges as he goes back to work

Russell said the toughest part for him physically was the constant fatigue. Mentally, it was knowing he couldn't be in the ER where he was really needed.

“From a personal standpoint [the worst part has] been not being able to go to work when right now it’s kind of like the Super Bowl of emergency medicine and I’ve been on the sidelines,” he said.

Russell goes back to work in the ER on Saturday.

Bemis said how long it took to feel better was the hardest for him.

“I think for me the worst part of it was how long it lasted," he said. “It felt like it lasted a long time and it did really. Almost two-and-a-half weeks.”

Bemis said he's not quite back at 100% yet but he has been back to work in the ER for about a week.

MORE: 'You can't cheat the virus': Healthy 23-year-old Boise man who had coronavirus warns other young adults to take it seriously

Blaine County has one of the highest counts of confirmed COVID-19 cases in Idaho, sitting at more than 400 cases as of Friday night.

Bemis said since being back in the ER, he's seen a decrease in regular ER patients, but a lot more patients with the virus.

“Our volume is down but our acuity is up, meaning the people who are coming in are generally sicker," he said. "And we are seeing a very high number of these folks who are COVID.”

Though Russell hasn't been able to work for a few weeks, he's also stayed up-to-date with what's happening.

“I’ve been to the ED a few times recently just to see what’s going on and every time I go there, it’s full of COVID patients and a lot of them are very ill and have to be transferred to intensive care units," he said. "It just kind of walloped this community.”

When asked if he felt people were taking the virus seriously or if they were downplaying it, Bemis said he thinks people aren't downplaying it intentionally.

“I think the hard part is for all of us, if we haven’t seen something it’s hard to believe it and this is something like we've never seen before," he said. “When you haven’t been exposed to it or seen what it does, it’s hard to understand what it does and how bad it is.”

According to Russell, the virus affects everyone differently and there's no way to know how it might affect you.

“I don’t think being scared is beneficial. I think being careful is,” he said. "I think we need to be as careful as possible because for every person that gets the illness, they pass it on with almost certainty.”

Russell said he wouldn't wish the virus on anyone.

“It’s not much fun. It’s the sickest I’ve ever felt and I can’t ever remember being so sick that I was scared,” he said. “You want to do everything in your power to not get this illness."

KTVB asked both Russell and Bemis if they were concerned about getting the virus again by going back to work.

Both said it's still unclear whether a person can contract COVID-19 more than once, but they believe it's highly unlikely. According to Bemis, that's because with most viruses, antibodies are developed to help prevent a person from getting the same virus again. Viruses can mutate and have different strains, like the seasonal flu or common cold, and can be contracted again. But right now, Bemis believes the chances of him getting COVID-19 are pretty low.

Regardless, both are happy to be back in the ER, serving the community.