'It's devastating': Boise bar owners react to second shutdown as Ada County moves back to Stage 3

On Monday, Central District Health announced Ada County would be going back to Stage 3 of reopening, meaning bars and nightclubs will once again have to close. 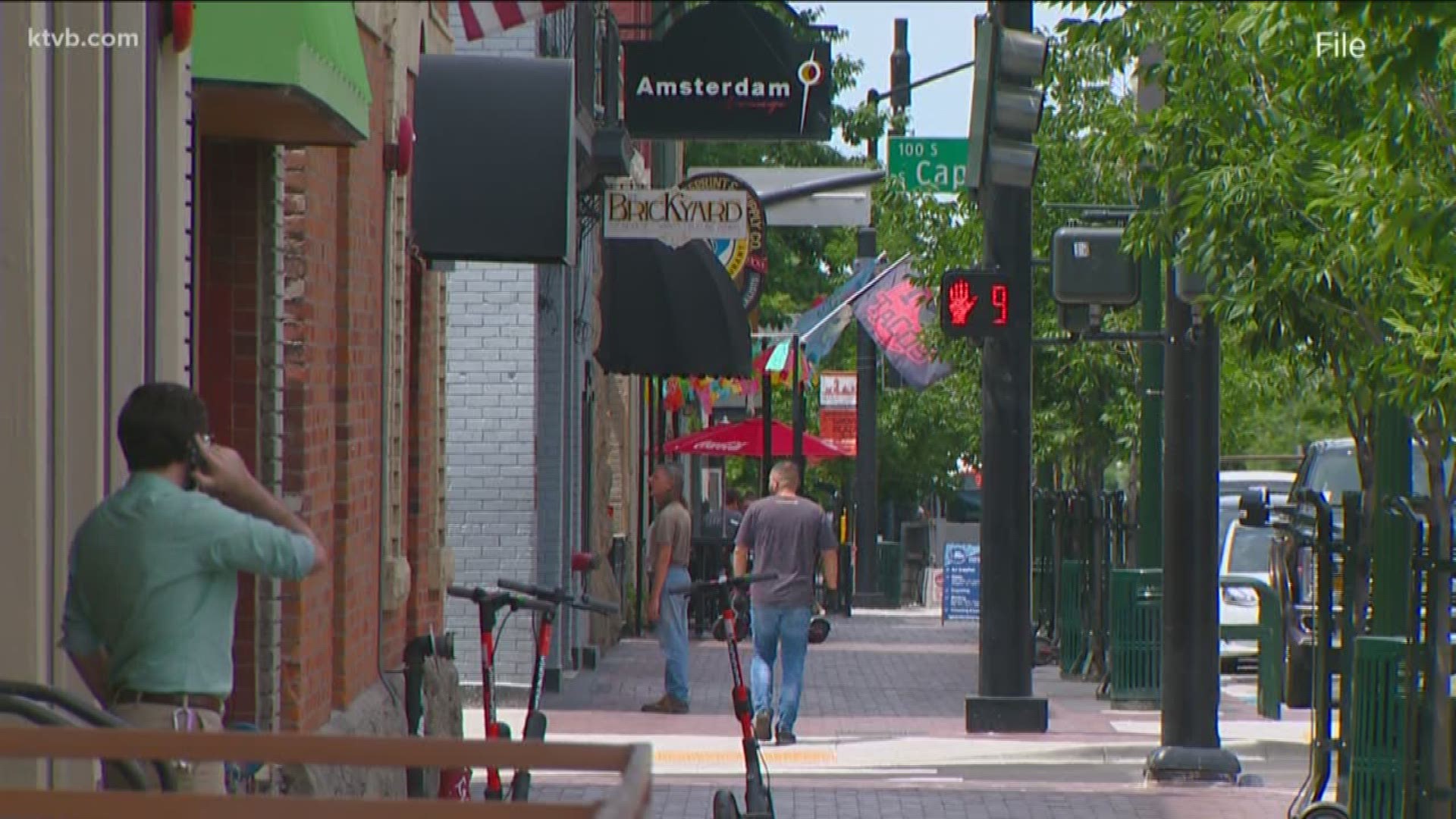 BOISE, Idaho — Bars and nightclubs in Ada County will once again have to close their doors as the county moves back to Stage 3 of reopening.

The announcement was made Monday afternoon by Central District Health, which said the reason was due to a recent spike in coronavirus cases. The second shutdown comes less than one month after bars were allowed to reopen after a three-month closure due to the COVID-19 pandemic.

KTVB spoke with several bar owners after the announcement and all are disappointed by the change.

“That was a little shocking when I heard that this morning," said Viengvone “Eddie” Rasachanh, co-owner of R Bar on Broadway. "But I kind of saw it coming."

Rasachanh said with the recent spike in local cases, he had a feeling another closure was headed their way but didn't expect it quite so soon. Though he understands the reasoning behind the shutdown, it's still devastating for business.

"We already applied for a PPP loan and got it but we asked for a very minimal amount of money and that money is starting to dry up already so it's like what route do we go and where do we find the funding we need to keep paying our rent and our bill and everything?" he said.

Ted Challenger owns three bars in downtown Boise and was one of 10 bar owners who met virtually with CDH last week to discuss what they needed to see to feel comfortable keeping bars open. The meeting came after health officials identified clusters of COVID-19 cases connected to downtown bars.

"They told us what they needed to see to feel better about bars being open," he said. "We added thermometers, we put up plastic screens in front of all our bartenders, we hired two people to constantly clean and sanitize handrails and doorknobs."

RELATED: 'It's not over': Downtown Boise bars to help reduce spread of COVID-19 after being linked to cluster of cases

Challenger said they were doing what was asked of them but he and many other bar owners felt they weren't given any time to see those changes through - and to see if they were successful.

"It's devastating," he said. "We all just hired people back, we got them off of unemployment. And now we're going to have to lay them off again."

While the health of the community and keeping hospitals from being overwhelmed are the priorities, Challenger said this closure was a knee-jerk reaction. He feels the spike in cases was expected with everything opening back up and that there needed to be a little more time before any drastic decisions were made.

"It kind of has to go through this valley," Challenger said. "A lot of the bar owners feel this kind of had to run its course because it will close again and then we're going to open and then you're going to see an increase in numbers, and you're going to have one person on this panic button shutting us down again."

Challenger has decided not to reopen any of his clubs until Sept. 1 because the "back-and-forth, up-and-down" is financially damaging.

He also feels bars having to close down again is a little unfair.

"They asked this industry, concerts, sporting venues, and bars/nightclubs to basically stay closed for the common good of the public, and then they want to pay employees $1,700 to go back to work when we really need funding," he said.

MORE: How this spike in Idaho's COVID-19 cases is different than the last major rise in infections

As for Rasachanh, his biggest frustration with the closure is lack of clarity.

"We really don’t know what the rules are because it’s like such a gray area," he said. "I just think we need more information on the gray area, like who's technically allowed to be open and why are they allowed to be open? Where are the businesses going to find funding that can't be open?"

Rasachanh said he doesn't know what's next or whether they'll be able to stay in business if they have to endure another long shutdown. It was hard enough trying to recover from the first time.

“It sucks giving a little bit of hope for people to open back up, then that just getting swooped out from under your legs," he said.

Some bar owners KTVB spoke with said they plan to contact the governor and state representatives to ask for help on the issue.

RELATED: Zoo Boise reopens but with some changes

RELATED: Sunday marks 100 days since the first case of the coronavirus in Idaho