Spokane-based Clearwater Paper, which produces toilet paper at its mill in Lewiston, is gifting 36 rolls of bathroom tissues to each of its 3,300 employees. 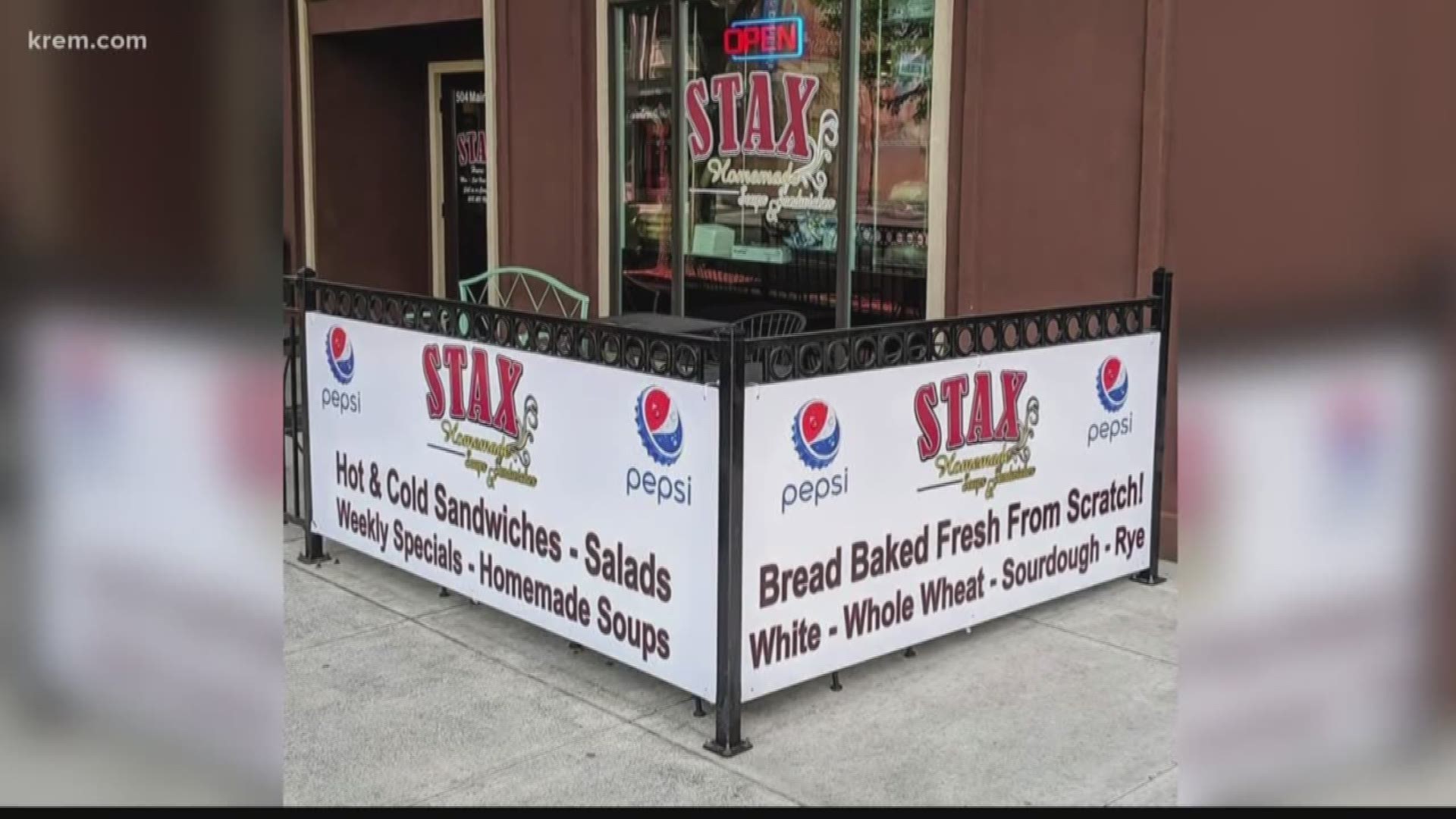 Editor's note: Above video is a report on shortages of toilet paper and other items at Spokane area grocery stores

LEWISTON, Idaho – What could have without a doubt been a faux pas before the cororonavirus outbreak now appears to be a common sense gesture from a North Idaho restaurateur.

"Two months ago, if I would have been giving toilet paper to employees with their paychecks, people would have thought I was just weird," said Andy Severson, owner of Stax Homemade Soups and Sandwiches.

But amid heightened demand for bathroom tissue across the country, Severson's gift of toilet paper to his workers almost feels far from bizarre.

Severson, who owns Stax locations in both Moscow and Lewiston, recently provided some toilet paper to his nine employees as a bonus. Severson said that he's always trying to to take care of his employees no matter the situation and the apparent shortage of toilet paper resulted in a need for some of his staff.

"It wasn't really much of a thought on my end. It's just part of our company culture to go the extra mile for our employees," said Severson of the move that was fun and lighthearted in nature.

Severson isn't the only one providing the unique bonuses.

Spokane-based Clearwater paper, which produces toilet paper at its mill in Lewiston, confirmed that the company was gifting 36 rolls of bathroom tissue to each of its 3,300 employees.

"We are especially thankful for our employees’ commitment and collaboration as we work together to meet the increased demands of our customers for retail tissue products and the paperboard used for packaging food and pharmaceutical products," said company spokeswoman Shannon Myers in a statement.

Myers added that the company was also giving a case of paper towels to workers, including its 120 corporate employees in Spokane.

Myers also cited heightened demand for the company's private-label toilet paper. In March alone, the company had shipped 216,000 rolls of toilet paper to Costco's Clarkston location, more than what it took to that particular warehouse during all of last year.

According to Myers, employees were encouraged to give the tissue products to family and friends or donate them if employees didn't have a need for them.

Some of Severson's workers had already gifted their toilet paper bonuses to people in need.

"It's just the nature of the time we're in right now," he said.