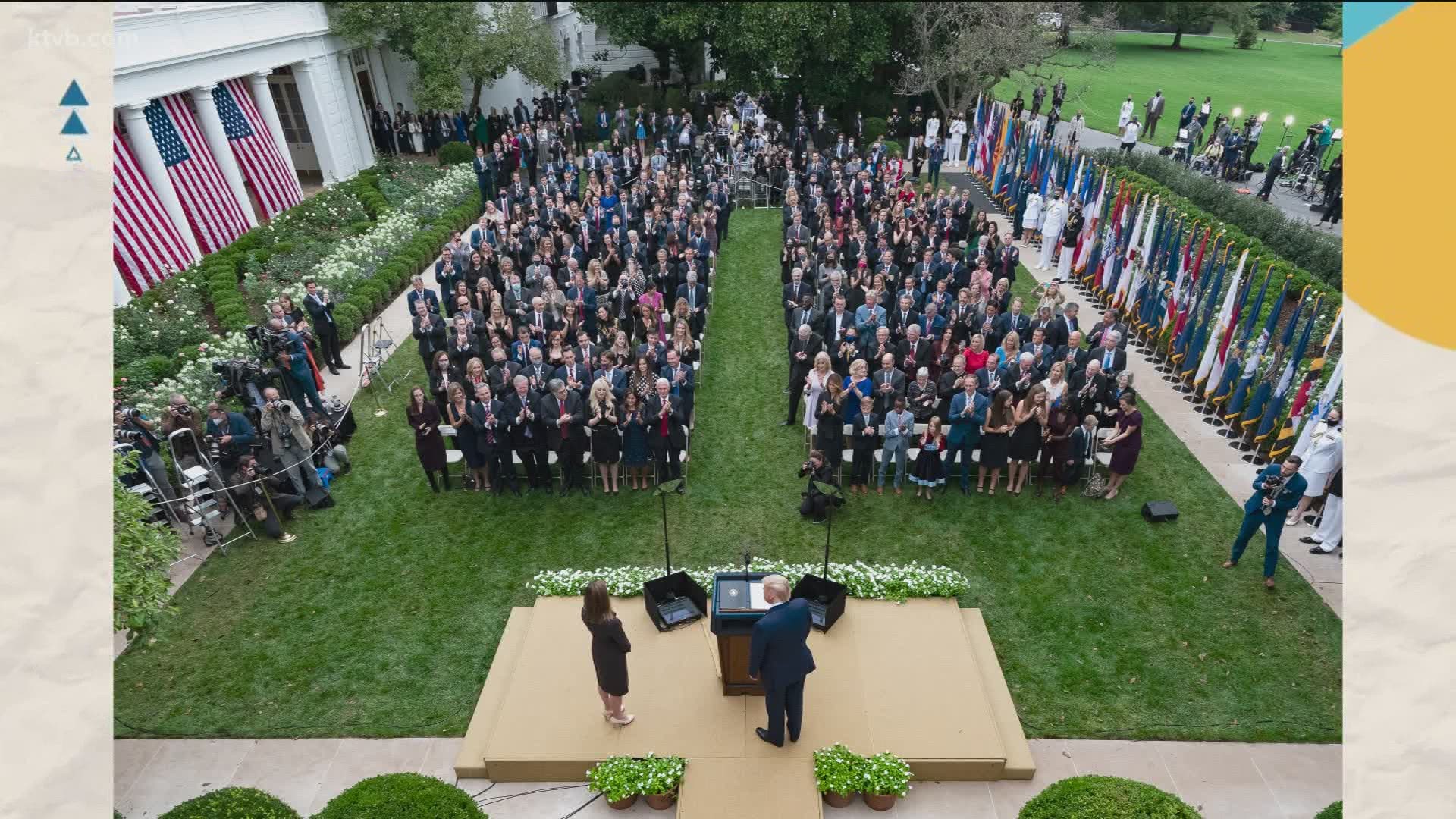 The ceremony, which took place on Sept. 26, confirmed that President Trump would nominate Amy Coney Barrett as a potential replacement for the late Supreme Court Justice Ruth Bader Ginsburg.

As of Monday, at least seven people who attended the ceremony have tested positive for COVID-19.

Among those who attended is Idaho Sen. Mike Crapo, who attended as a member of the Senate judiciary committee.

Thank you @WhiteHouse and @POTUS for inviting me to attend today’s announcement. pic.twitter.com/ykEFXIsY0H

Crapo was seated in the second row, next to North Carolina Sen. Thom Tillis, who tested positive for COVID-19 on Friday. He said he is experiencing no symptoms and feels well.

Tillis is currently self-isolating and is planning to notify everyone he was in close contact with.

I’m continuing to self-isolate at home in North Carolina with mild symptoms but no fever. Susan and I are grateful for the prayers and well wishes we’ve received from North Carolinians. https://t.co/b8ksykBYcU

Crapo was tested over the weekend and received a negative test result. His office said he will likely be tested again sometime this week.

During the ceremony, Crapo and Tillis were not standing six feet apart but both men were wearing masks. Because the pair were standing outside, Crapo's risk could be reasonably low, according to St. Luke's vice president of medical affairs Joshua Kern.

“Outside with both of them wearing masks, if they have masks on the whole time the risk does seem to be reasonably low to me," Kern said. "I don't know if we have enough information to say that the virus was really spreading at the Rose Garden event."

On Monday, the Center for Disease Control (CDC) updated its COVID-19 guidance, stating that six feet may not be socially distant and may not prevent the contraction of the virus.

The website states that infections "can be spread by exposure to virus in small droplets and particles that can linger in the air for minutes to hours." This means the virus can infect people who are further than six feet from an infected person, possibly even after said person has left the area.