'I knew it was my time to step up': Idaho lawmaker urges communities to take coronavirus seriously

Amid a surge in cases in the Magic Valley, Rep. Laura Lickley (R-Jerome) took to Twitter to remind Idahoans that the coronavirus should be taken seriously. 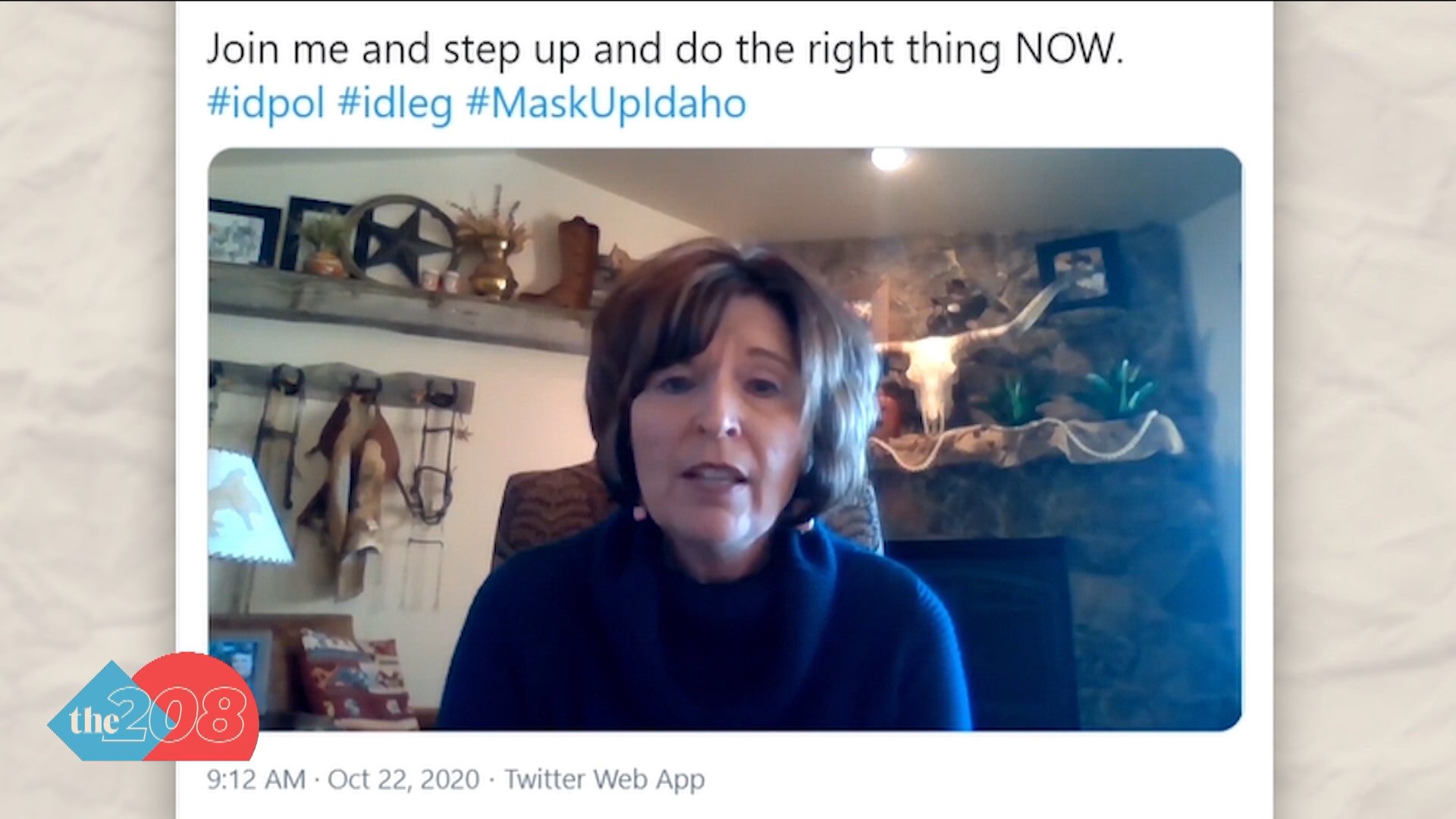 TWIN FALLS, Idaho — The Magic Valley has seen a drastic increase in COVID-19 cases over the past several weeks.

The red category is referred to as the tipping point, where the positivity rate is above 20%, hospital capacity is severely impacted and staffing shortages may become a significant issue.

During Wednesday's meeting, Dr. Joshua Kern with St. Luke's Magic Valley said some patients have been sent to Boise to receive medical attention. He hopes, if this trend continues, St. Luke's will not have to resort to crisis standards of care.

The health board voted to limit public gatherings to fewer than 50 people but did not implement a mask mandate, as they were not comfortable doing so without consulting other county commissioners.

Rep. Laura Lickley (R-Jerome) spoke with Kern after the meeting and decided enough was enough.

She posted a video plea on her Twitter page on Thursday, stating she has never been scared of the virus but has always taken it seriously. Now, she feels it's time to step up those sentiments.

"I think we all got a bit complacent during the summer months. We were all outdoors and we thought we would see a decline in our coronavirus numbers and many of us got complacent, and I'll own that," Lickley said. "I think it resonated yesterday when I had a conversation with Dr. Kern that somebody in the elected branch needed to step up and say it's time to make a difference. We need to set a good example and take this very seriously."

Coming forward and asking the public to take the virus seriously is not something Lickley wanted to do because she does not want the virus to become even more political.

"Quite frankly, I thought we would all rally around our medical community and our experts during coronavirus and listen to those that have years and years and years of medical experience. That has not happened," she said. "Therefore, at this time, I knew it was my time to step up and say 'Let's take this seriously' and if we don't considerable reductions and hospital capacities. the time was now to step up and say this is the right thing to do."

Lickley believes in freedoms and liberties granted by the Constitution and the Bill of Rights but feels that freedom comes with personal responsibility.

"I do wish maybe I'd stepped up a little bit sooner, absolutely. And I did step up back in March after my son tested positive. I did step up and make a public statement at that point," she added. "However, again, I think I maybe didn't take it as seriously as I needed to over the last couple of months thinking that this would just go away. Not that the coronavirus would go away, but the polarization and politicizing of coronavirus would go away and it hasn't."