Idaho's top health experts offered remarks on COVID-19, rather than just the vaccine, during their weekly meeting. 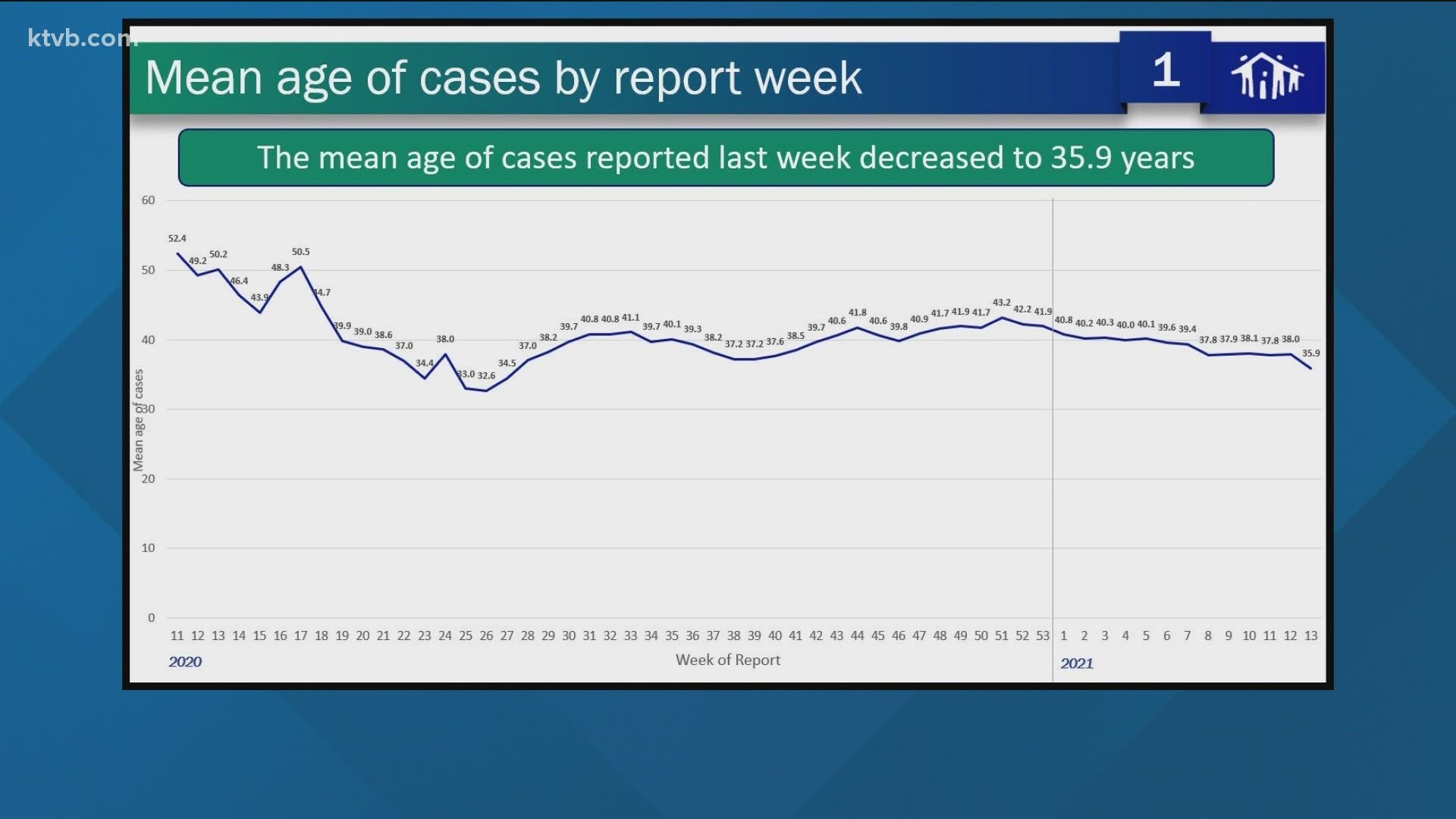 BOISE, Idaho — The Idaho Dept. of Health and Welfare (IDHW) held its weekly meeting regarding COVID-19 on Tuesday. While meetings have recently been solely focused on the statewide vaccine rollout, Tuesday's meeting was open to any COVID-19 related topics.

During the meeting, Jeppesen said the case rate in Idaho has remained steady over the last six weeks but is increasing in eastern Idaho. The positivity rate is right around 5%, but Jeppesen shared concerns about variants in the state.

Both the Pfizer and Moderna vaccines have shown to be effective against several variants, and Moderna's vaccine is being tested against the variant first discovered in South Africa, according to Hahn.

In addition to testing against variants, Pfizer recently conducted a study on the effectiveness of the COVID-19 vaccine in ages 12-15 and is expected to file for emergency use authorization for that age group soon. The goal is to have all students aged 12-15 vaccinated before the start of next school year.

The meeting comes just one day after all Idahoans aged 16 and older became eligible to receive the COVID-19 vaccine. As of Tuesday afternoon, over 491,000 Idahoans have received at least one dose of the vaccine.

During last week's meeting, Jeppesen outlined the success of the state's vaccine rollout. With the help of the state's COVID-19 vaccine registration system, nearly 100,000 Idahoans registered to get the vaccine. Of that number, more than half either received the vaccine or were scheduled to receive it soon.

"This is great news and we would like to continue to see those numbers go up so all of our most vulnerable citizens are protected," Jeppesen said. "This is good progress and we hope to see younger adults and older teens choose to get vaccinated as well."

At the beginning of February, when Idahoans 65 years and older first became eligible for the COVID-19 vaccine, the average age of an infected patient was early 40s.

"We're looking at about a year week-to-week moving from 37 years on average to 36 years, last week it was about 35 and a half years," Turner said.

That along with the age of people being hospitalized has been dropping since.

"It's been a gradual decrease," Turner said. "It's not like it went over a cliff or anything like that as far as the trend goes."