'It would be a disaster': Idaho healthcare leaders warn of ending emergency declaration amidst a pandemic

Ending the declaration now will cut off federal resources like more vaccines and end the use of the National Guard, something healthcare experts say they can't lose. 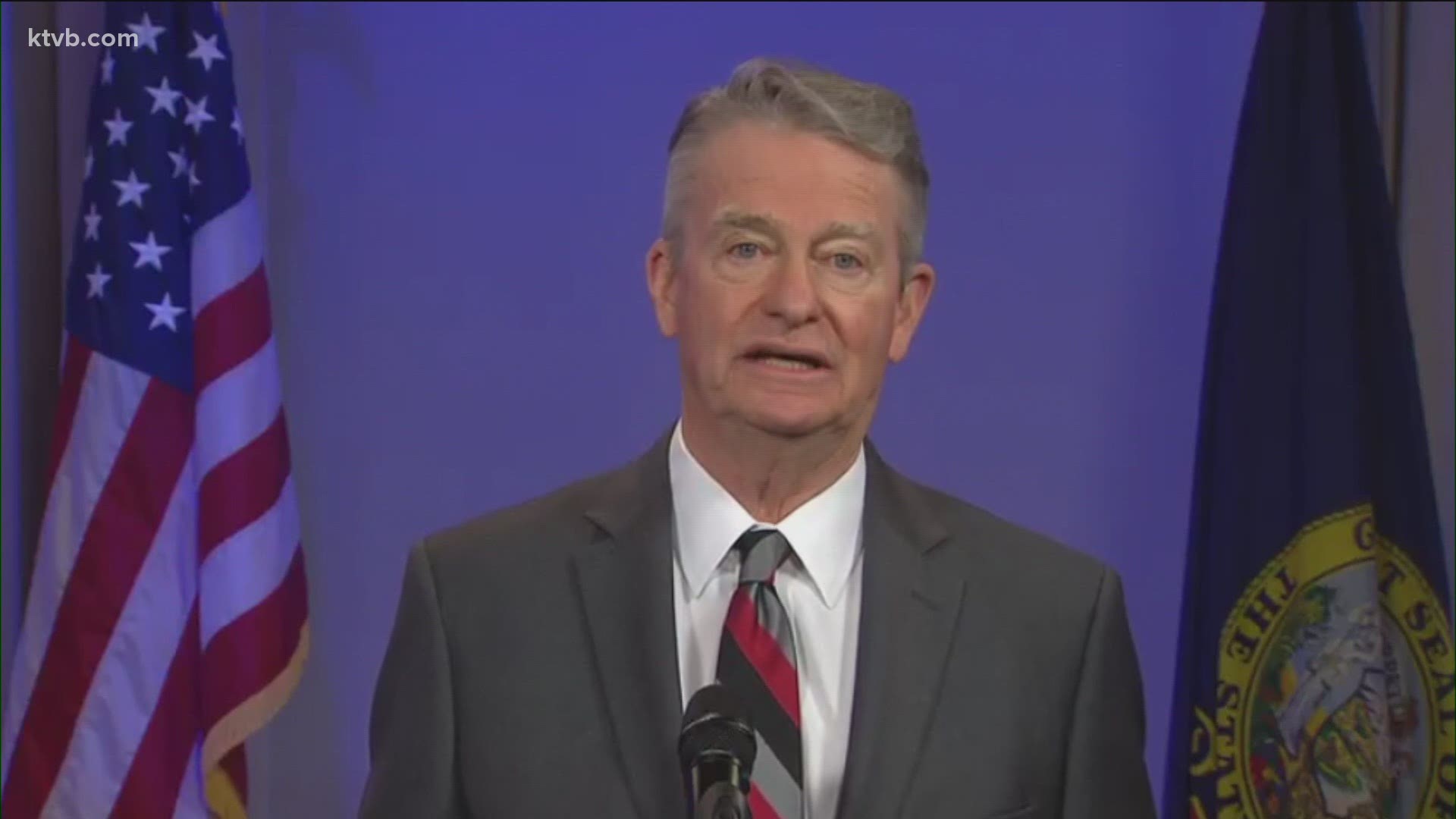 BOISE, Idaho — On Friday, Idaho Gov. Brad Little spoke out during a press conference stressing that the COVID-19 vaccine roll out to Idahoans could be in jeopardy if those in the legislature try to limit his emergency declaration powers.

In the strongly-worded message, the Republican governor said putting an end to the emergency declaration would mean the state loses funding to utilize the National Guard, vaccine distribution, food banks, and medical facilities.

Health experts across Idaho also agreed that ending the emergency declaration would jeopardize vaccine and resources, something that frontline workers cannot afford to lose a fraction of.

“It would be a disaster that would impact lives in terms of serious illness hospitalizations and ultimately deaths,” said David Peterman, the CEO of Primary Medical Group.

Brian Whitlock, the CEO and President of the Idaho Hospital Association, stated that healthcare workers have benefited from aid in testing, staffing, equipment, and help from the National Guard. To wipe that all away, he said, would be a harmful mistake.

“We are not at a stage where those frontline healthcare workers can afford to let their foot off the gas and take a break and figure out how are we going to pay for these resources if we no longer have access to federal funding to do that,” Whitlock said. “Now is not the time to do that. We just have a lot of uncertainty ahead of us and to take a pause and to not continue to press forward could have devastating effects on Idahoans in the long run”.

Peterman and Whitlock are both a part of the Idaho COVID-19 Vaccine Advisory Committee. The committee also met Friday to clarify who will be eligible for vaccination in each of the four groups. The biggest takeaway is that the demand for vaccines is uncomfortably higher than the supply, according to Peterman.

“The next tier, which is those people 65 and older, so many of them are going to want vaccine and we are just not going to have enough to get it to them as quickly as they need it and want it,” he said.

Peterman noted that he agrees with Gov. Little that now is not the time for a decrease in federal funding.

“It gets me very upset that we even have to spend our time arguing about this, we need our governor focused on getting us more vaccine, our allocation of vaccine would decrease, we can’t have that,” Peterman said. “We could use double, triple, four times as many vaccines to vaccinate Idahoans."