Protecting the elderly and those with health problems is one of Idaho's most central goals as the COVID-19 continues to spread, the governor said. 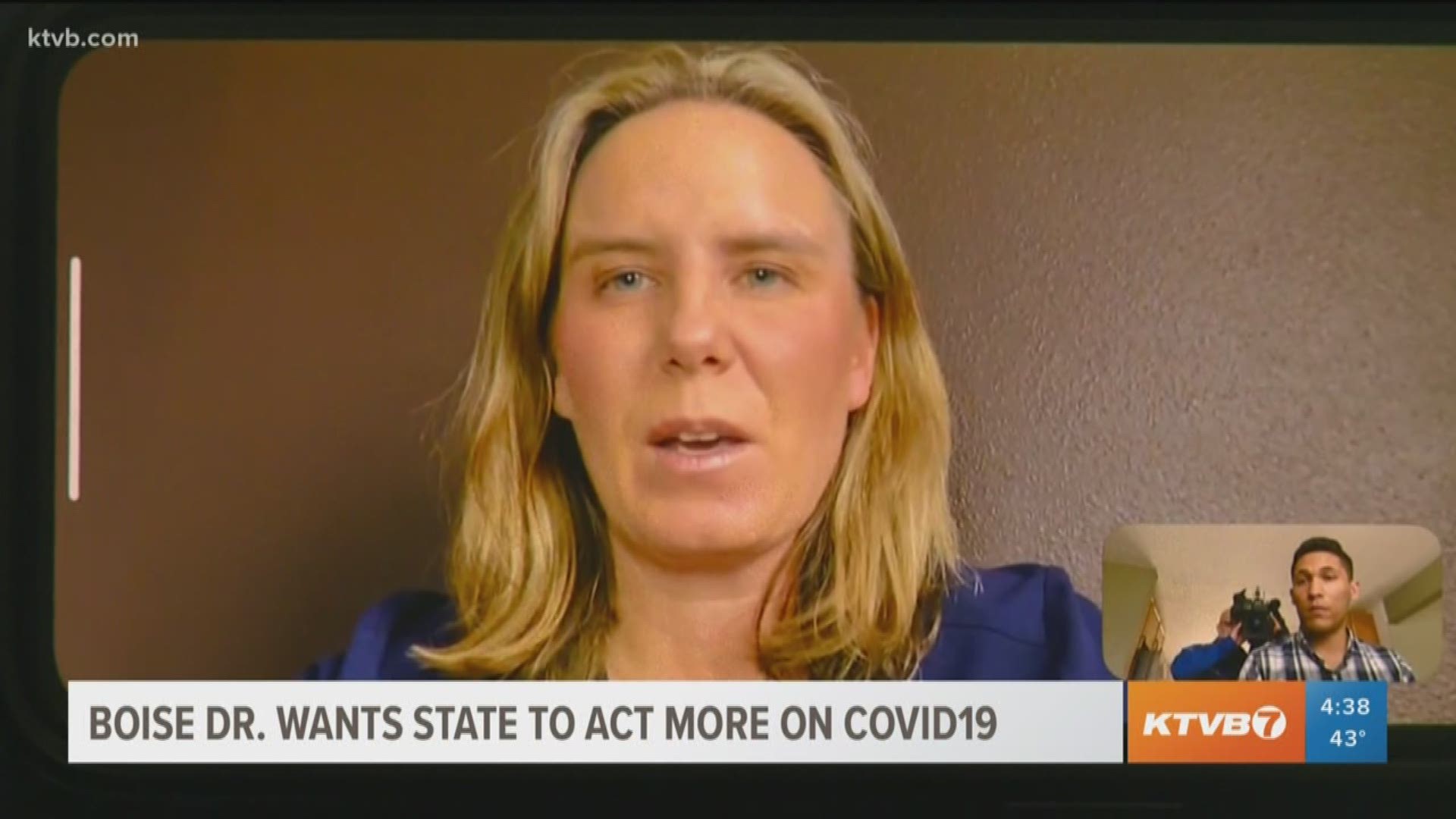 BOISE, Idaho — Protecting the elderly and those with health problems is one of Idaho's most central goals as the COVID-19 strain of the coronavirus continues to spread in the Gem State, Idaho Gov. Brad Little said Tuesday.

Little spoke as part of a telephonic town hall hosted by AARP and designed to let older Idahoans get answers directly from the governor and Idaho Department of Health and Welfare Director Dave Jeppesen, who is heading up the state's coronavirus task force.

Jeppesen said that officials are focusing on "flattening the curve," or spreading out the number of new infections so that the healthcare system is not overwhelmed by a sudden surge in cases. He said that while the state does "not have as much bandwidth for testing as everyone would like," the ability to test for coronavirus is improving.

Jeppesen also noted that of the nearly 1,000 tests performed at the state lab, only 5 percent have come back as positive. Those numbers are even lower at commercial labs, which accept tests done at a number of drive-up sites: about .4 percent, the director said.

"We feel really good that we are testing the right people and we have a very good handle on who is actually highly likely to have the virus, and we are catching those people as they come through," he said.

Several of the questions from callers focused on how to enforce isolation guidelines, which encourage people to stay at least six feet apart and avoid gatherings of more than ten people.

One woman, who lives in McCall, asked whether the governor could institute a "travel ban" to keep non-residents out of her county, while another expressed concern over groups of young people hanging out together in Boise's Camel's Back Park.

Little responded that it was not that simple.

"From a constitutional standpoint, the ability to ban them is very difficult," he said. "We just have to rely on good judgment and what the local community does."

Likewise, he said, the state will not mandate the closure of airports - even in hard-hit areas like Blaine County.

"We have critical supplies coming into the state and we've got critical testing going out of the state, that we need air transportation [for,]" Little said. "Boise, Idaho is one of the most isolated urban areas in the United States."

The governor said people need to use good judgment and make sure they are practicing social distancing, even when they are recreating outdoors.

During the town hall, Little was also asked what his office was doing to protect Idaho's farmworkers, as well as the prison population, from the spread of the virus.

The governor said his office is working directly with employers to get out information to agricultural laborers, adding that they have an incentive to make sure workers stay healthy and practice good hygiene and social distancing.

"Their crop is at risk if they lose their workforce," Little said.

He said that the Idaho Department of Correction has experience with limiting the spread of infectious disease among inmates, but is ramping up their practices now. The governor acknowledged that many in prison fall into the high-risk demographic for more serious coronavirus complications.

Another participant, who told Little that she was on the hospital board in Oneida County, said that healthcare workers in her area were "desperate for PPE supplies" - like masks and gowns - and asked how they could get more.

"We have the same frustration. We know that the inventory is low, particularly if you're talking about surge capacity," Little responded.

Idaho has already received a second shipment of supplies from the national stockpile, and local companies are gearing up to produce more, the governor said, but it is still not enough.

"We are scouring the world and the states for supplies," Jeppesen said. "That's something that we overturn rocks every day, looking for supplies."

The IDHW director urged hospital CEOs to work directly with their local public health district to let them know what was needed. In addition, he said, the state has "greatly relaxed the rules around telehealth," so that healthcare workers do not always need to treat patients in person.

There is currently no vaccine available for coronavirus, and officials have said it is not clear how long it will last.

As the town hall drew to an end, Little urged residents to take care of themselves and look out for others, suggesting reaching out electronically or by phone to those who are ill, alone, or self-isolating.

"This is going to take some time, but we need people to stay in good health. We need people to practice all the things that one should do to maintain a good immune system," he said. "Do the Idaho thing - reach out and love your neighbor, do what you can to help."