Director Dave Jeppesen also announced that effective Tuesday, proof of residency or employment in Idaho will not be required to receive a COVID-19 vaccine. 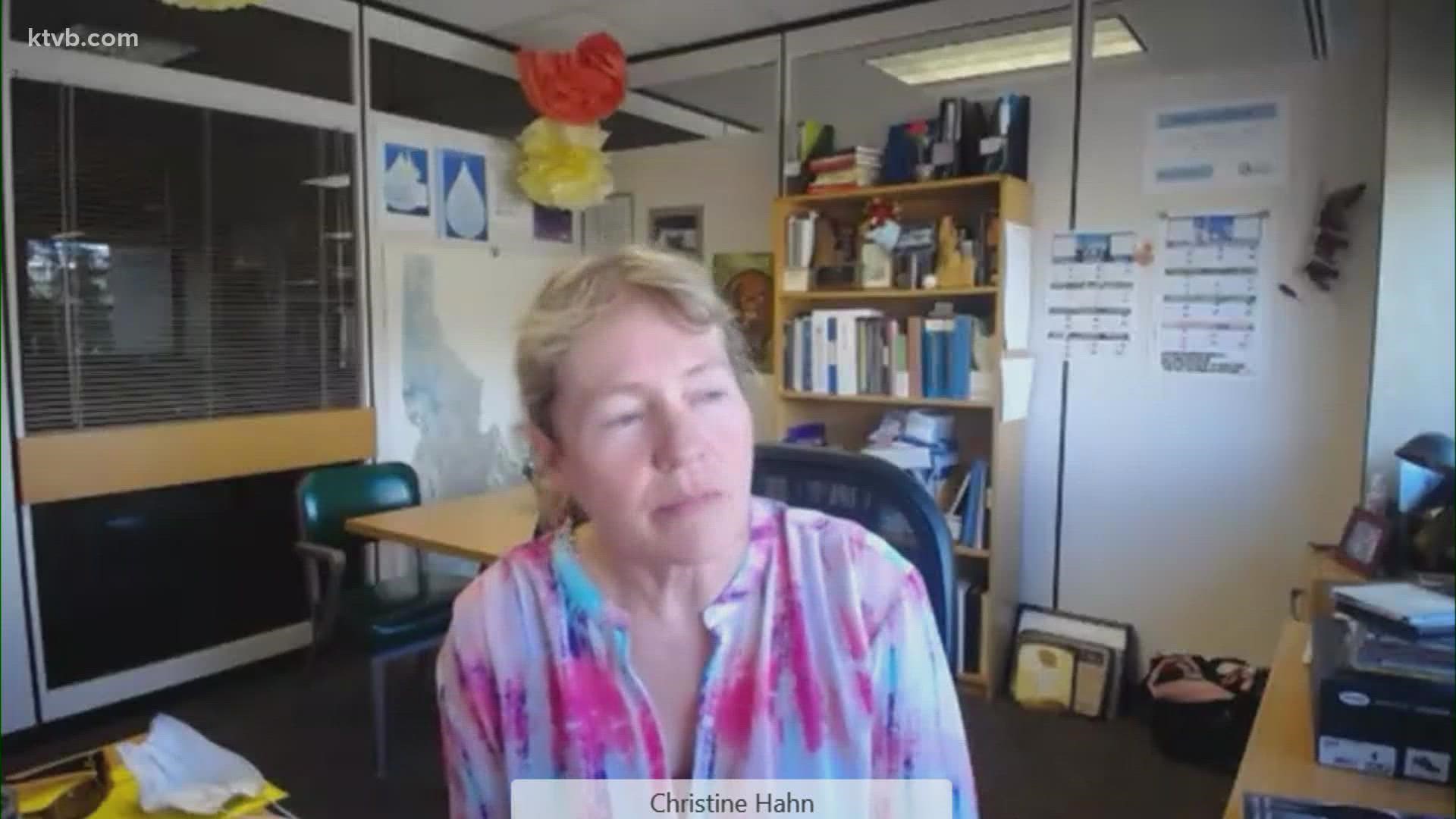 BOISE, Idaho — The Idaho Dept. of Health and Welfare (IDHW) held its weekly meeting to discuss the COVID-19 situation in the state at 2:30 p.m. on Tuesday.

Idaho's seven-day moving average of new cases per 100,000 people is around 11, according to Jeppesen. The statewide positivity rate remained below 5% for the second week in a row and hospitalizations are trending downward. However, ICU admission rates remain steady.

The state did see a decrease in the number of vaccines administered for the second consecutive week, but Jeppesen said this is mainly due to the pause in the administration of the Johnson & Johnson (Janssen) vaccine.

Jeppesen also announced that effective Tuesday, proof of residency or employment in Idaho will not be required to receive a COVID-19 vaccine.

The department is currently working with Central District Health (CDH) to investigate a reported infection of the variant first discovered in Brazil. If the variant is detected, it will be the first infection in the state, according to Turner.

190 fully-vaccinated Idahoans have become infected with COVID-19, creating what is known as "breakthrough cases." This represents less than 0.5% of Idaho's population.

These cases have been identified in individuals ranging in age from 18-100 years old, but the average age is 58.

40% of people with a confirmed breakthrough case of COVID-19 reported no symptoms. 60% of people reported symptoms, but more than 90% reported mild to moderate symptoms.

Of the confirmed breakthrough cases, two people were hospitalized, but Turner said these individuals were considered high-risk. Unfortunately, one fully vaccinated Idahoan has died.

Turner stressed that no vaccine is 100% effective and breakthrough cases are to be expected.

While the number of females becoming infected with COVID-19 after both shots is high, there is not enough information to suggest vaccines fail more frequently in females than in males, according to Hahn.

“We don’t have any evidence yet that I’ve seen that the vaccine fails more frequently in females," she explained. "We know that women, in general, tend to be more healthcare-seeking with the same level of symptoms. So it is possible in some of these cases, it’s a bias of women appearing for care. However, that’s all speculation, we really don’t know.”

"From what I’ve looked at, we do have this tendency to vaccinate more females, so it would make sense that our breakthrough cases might be more frequent in females," she said.

The meeting comes one day after the department announced Idaho medical providers will resume administering the Johnson & Johnson (Janssen) vaccine after a weeklong pause due to cases of rare blood clots associated with the vaccine.

During last week's meeting, Hahn announced that Pfizer applied for emergency use authorization for children aged 12-15. Pfizer is currently the only vaccine approved for people aged 16-17, and they plan to begin vaccinating the 12-15 age group before the new school year begins.

The meeting will be live-streamed on KTVB.COM and the KTVB YouTube channel. To watch the briefing live, click below: