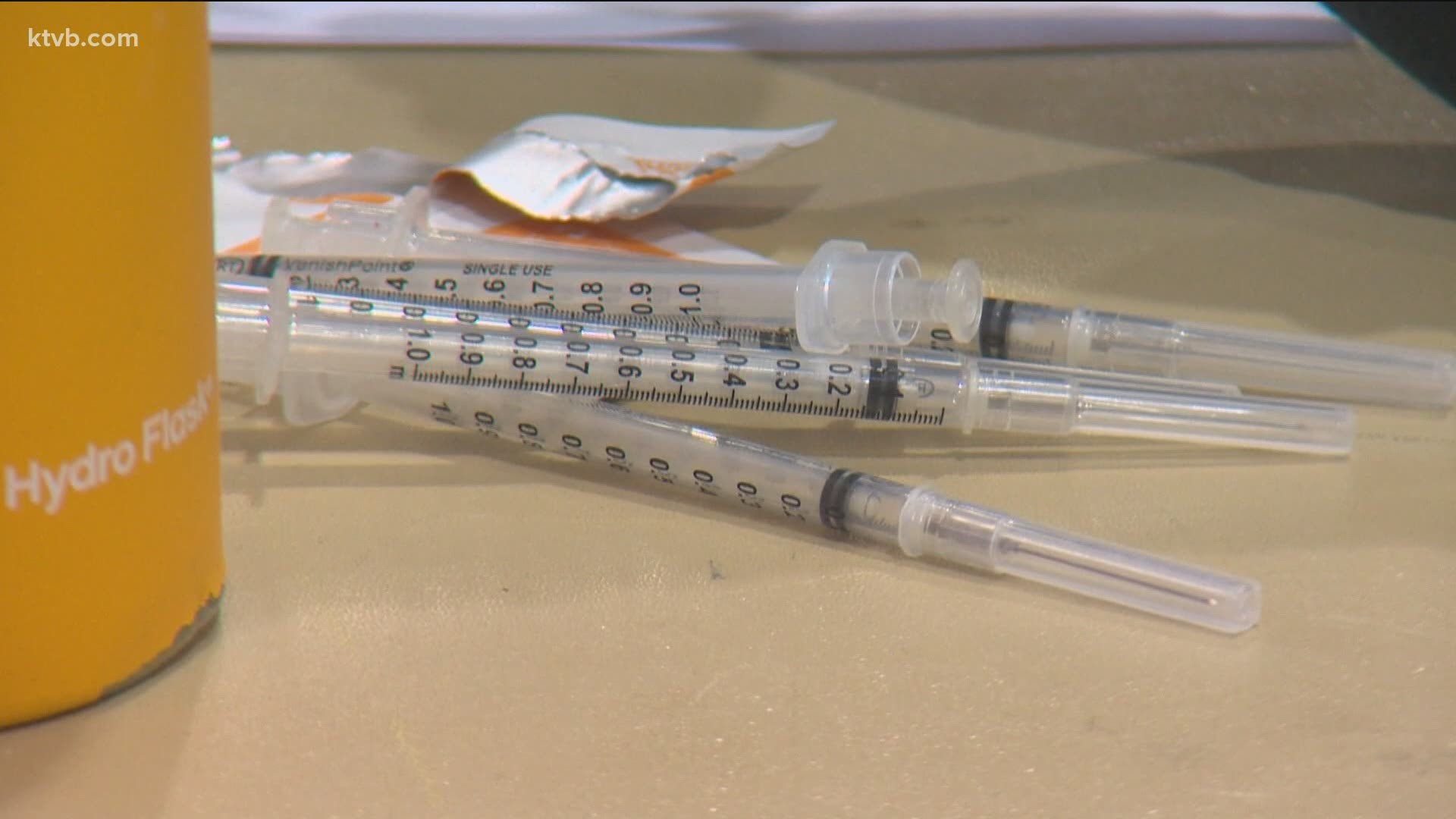 The Gem State's 14-average of new daily reported cases of Covid-19 dropped to 719 on Saturday when only 457 total cases were reported. Saturday's average was Idaho's lowest since Oct. 21, 2020 when the 14-day average climbed to 698.

One new death in Ada County was reported, bringing the state's death toll to 1,670.

According to the state's public health districts and the Idaho Department of Health and Welfare, Idaho reported 429 new confirmed and 149 new probable cases of the coronavirus on Friday. The Gem State, since the first reported case of COVID-19 in the state on March 13, 2020, has reported 129,646 confirmed cases and 158,798 confirmed and probable cases.

The state reported 12 new deaths. The state's death toll is now 1,669. The deaths happened in the following counties:

The Gem State reported 660 total new cases of COVID-19 on Thursday, according to the Idaho Department of Health and Welfare and the state's various public health districts. 478 of those were confirmed and the remaining 182 were new probable cases.158,200 total cases have been reported, with 129,217 of them being confirmed cases of the virus.

Since the first cases of the coronavirus were reported in Idaho on March 13, 2020, 1,657 Idahoans have died. Twenty new deaths were reported on Thursday. The deaths happened in the following counties:

Idaho health officials on Thursday reported 499 new confirmed and 244 new probable cases of COVID-19 for a total of 743 new cases.

Since the beginning of the pandemic, 128,739 Idahoans have tested positive for the virus.

Of the new cases, 143 were in Ada County, 67 were in Canyon County and 52 were in Kootenai County.

The state on Thursday also released the latest hospitalization data. As of Monday, 286 people were hospitalized with COVID-19, with 71 of them in the ICU.

Idaho has reported a total of 1,346 new confirmed and probable cases for Monday, Jan. 18 and Tuesday, Jan. 19. The state did not update their numbers on Monday in observance of Martin Luther King, Jr. Day.

30 deaths were reported across the state over the last two days, bringing the statewide death toll to 1,639. Here is how they break down county-by-county:

The latest hospitalization data from Jan. 16 reported 266 Idahoans currently hospitalized with COVID-19 and 77 in the ICU.

The Idaho Dept. of Health and Welfare did not update their website on Monday due to it being a holiday (Martin Luther King, Jr. Day).

Three deaths were reported today, one each in Gem, Owyhee and Twin Falls counties. The statewide death toll now stands at 1,609.