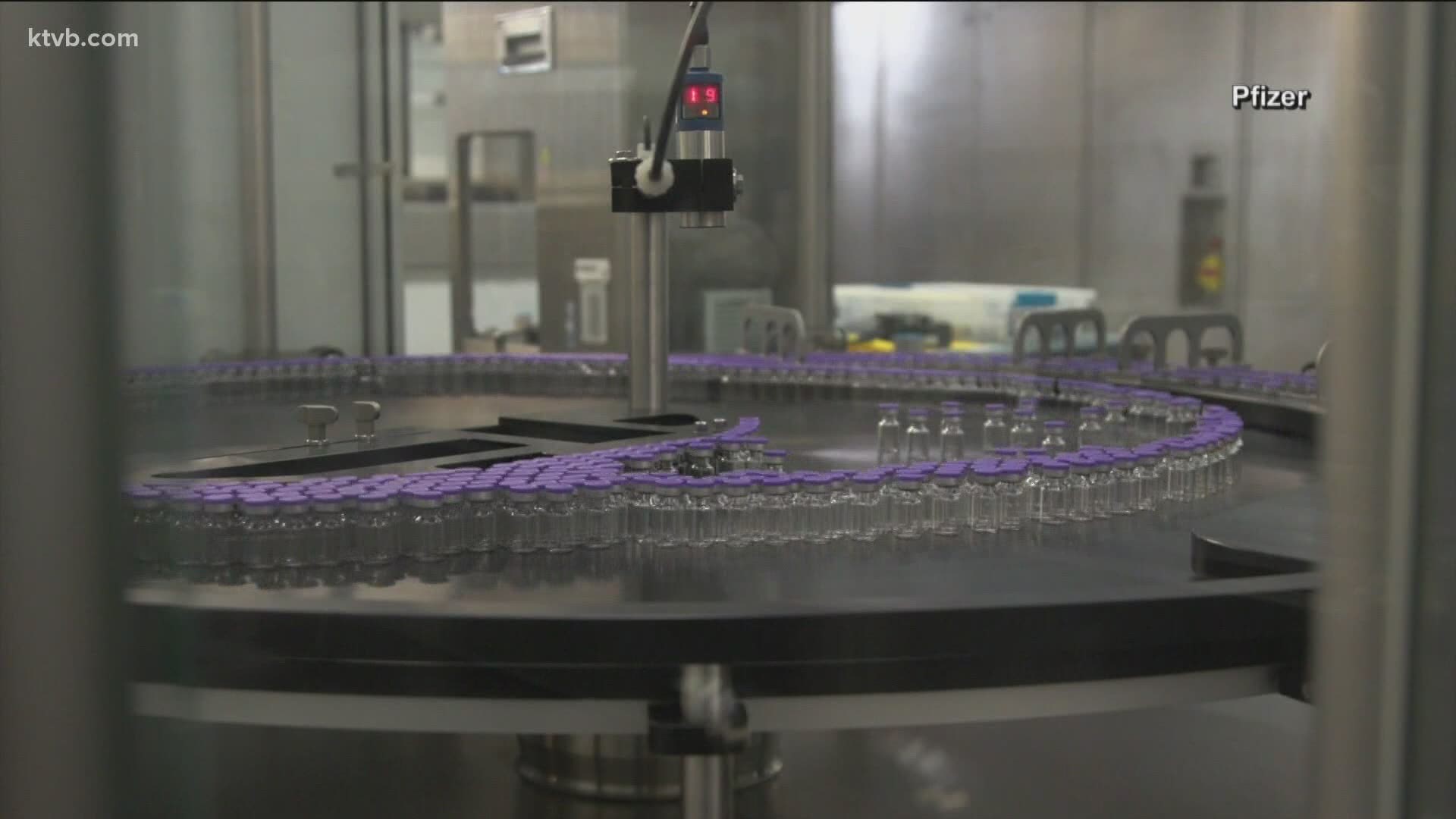 No new deaths were reported, leaving the state's death toll from the coronavirus pandemic at 1,606.

13 new deaths were reported Friday, bringing the total number of virus-related deaths to 1,606. Here's how the deaths break down by county:

The latest hospitalization data from Jan. 13 reported 345 Idahoans in the hospital with COVID-19, 90 of which are in the ICU.

The state's death toll grew to 1,593 after 17 new deaths were reported. The deaths happened in the following counties:

Idaho added 746 new confirmed and 303 new probable COVID-19 cases on Wednesday, according to data provided by the state as well as local health districts.

Ada, Kootenai and Canyon counties continue to be the hot spots for new cases in Idaho. Ada reported 186 cases on Wednesday, while Kootenai reported 152 and Canyon reported 132.

Fifteen new deaths were also added to the state's overall death toll, which now stands at 1,576.

Of the deaths reported on Wednesday, five occurred in Bannock County. Ada, Bonneville and Kootenai counties each had two deaths. And Benewah, Gem, Shoshone and Teton counties each reported a single death.

According to data released by the state, 35,296 Idahoans have received the COVID-19 vaccine, with 7,280 of them having received both doses.

The state also released the latest hospitalization data. As of Monday, Jan. 11, 338 people were hospitalized statewide with COVID-19, with 88 of them in the ICU.

Of the new confirmed cases, Ada County had the most with 174. Kootenai County in North Idaho had 157 and Canyon County had 80.

There have now been 124,396 confirmed coronavirus cases in Idaho since the pandemic reached the state last March.

Also on Tuesday, 11 new deaths were reported, bringing the statewide death toll to 1,563.

Three of the new deaths were in Ada County and two were in Canyon County, while Bingham, Franklin, Gem, Gooding, Oneida and Twin Falls counties each reported one death.

As you can see in the graph below, the 14-day moving average of cases in Idaho has begun to tick upwards after dropping for several weeks.

The total number of vaccine doses administered statewide is 35,842.

The latest hospital numbers as of Jan. 9 are 283 hospitalized with COVID-19. Only 38 facilities are reporting, as opposed to around 45-50 normally. 72 people are in the ICU.