Some Idaho campgrounds reopen this weekend, while others aim for Memorial Day

Some boat ramps, day-use recreation areas and smaller campsites around Idaho are opening under phase two of the Idaho Rebounds plan. 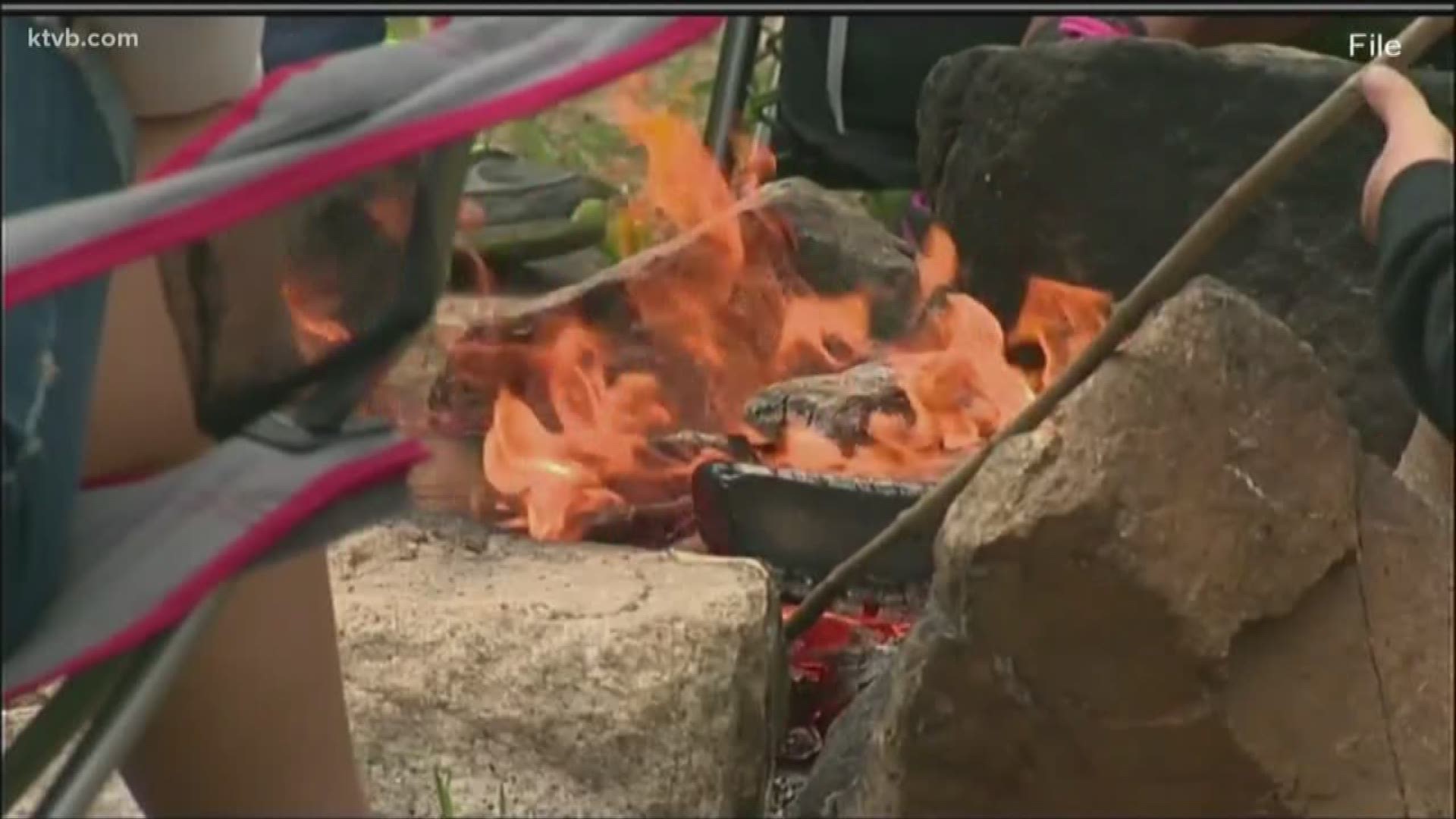 BOISE, Idaho — Memorial Day weekend is right around the corner and many Idaho campgrounds are eyeing the holiday as a target date to reopen and some are doing phased openings beginning this weekend.

Brad Bowlin, the communications specialist with Idaho Power, told KTVB that public restrooms in those areas will remain closed but portable toilets have been set up for use.

He emphasized that even though sites are starting to open up, it's important to maintain social distancing and limit large groups.

“A lot of these spots are very close to our hydroelectric water plants," he said. "So we’re trying to maintain some space between those and our employees that really are responsible for working 24/7 to keep the lights on."

Developed campgrounds in areas like Hells Canyon and C.J. Strike will also remain closed for the time being.

So what is the difference between developed campgrounds and dispersed campsites?

Bowlin said developed campgrounds are the larger sites that can fit multiple RVs and campers, as well as large groups. Dispersed campsites are the smaller ones and that's why most areas are only opening those types of sites for now - to keep groups condensed.

“It’s a lot easier for people to maintain social distancing in those areas because you don’t have a lot of folks congregating in one particular area," Bowlin said.

Across the state, national forests are beginning to resume some operations and partially reopen.

The Salmon-Challis National Forest announced it has opened floating for the Middle Fork of the Salmon River. The lower South Fork of the river is also open for floating. In a news release, representatives for the Payette National Forest said it is open to the public but groups are currently limited to ten people.

RELATED: Remains found by hunter may belong to Idaho man missing since 2010

Then there's the Boise National Forest, which incorporates Boise County. Since Gov. Brad Little issued his stay-at-home order in March, Boise County Sheriff Scott Turner said they have consistently had a high number of recreationists.

“We have a tremendous amount of people that are coming up to the county and camping, fishing, recreating, boating," he said. "The activity has actually increased for us because there’s really nothing else for people to do rather than get out and enjoy the outdoors.”

According to Turner, they're seeing the number of people that they would typically see in their peak summer recreation months in July and August.

While much of the Boise National Forest, including trails, is already open, there are plans to open lower elevation campgrounds Memorial Day weekend. Crews are also working to open the majority of developed campgrounds for the holiday as well.

With more openings, likely comes more people to areas of Idaho like Boise County. So far, the county has had no confirmed cases of the coronavirus but Turner said it's still an issue that's top of mind.

"It's always a concern especially with businesses opening up and restaurants opening – just the influx of people," he said.

With so much area to cover and so little staff to do so, the sheriff told KTVB they are trusting people to police themselves and follow safety protocols.

“We’re all adults. All we can ask is that people be responsible for themselves be mindful of one another,” he said.