Hourly employees are finding themselves temporarily out of work as Puget Sound restaurants and other businesses temporarily shut down because of plummeting sales. 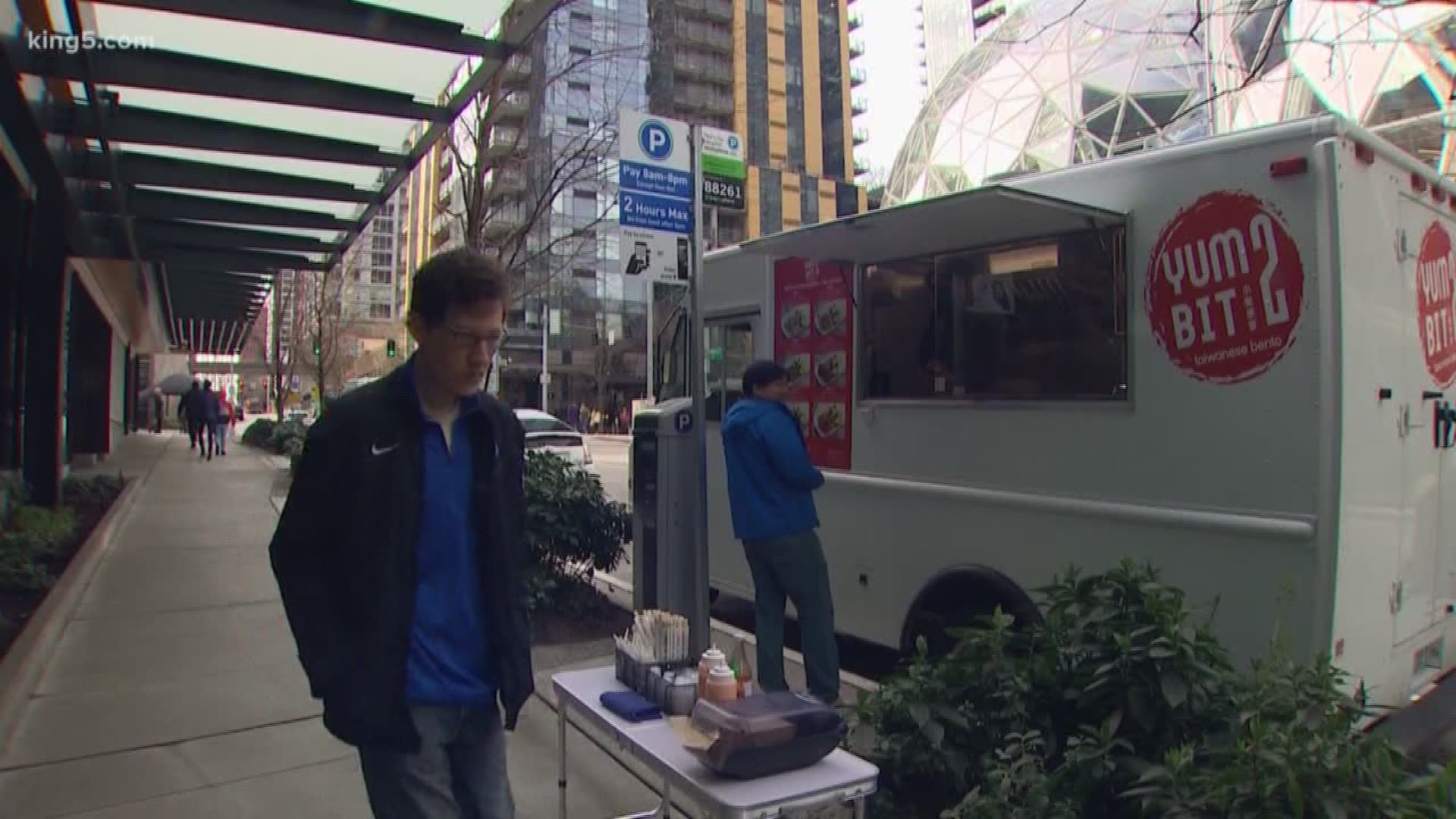 SEATTLE — Hourly employees are finding themselves out of work as restaurants and other businesses temporarily shut down across Puget Sound in response to the coronavirus outbreak.

Even Tom Douglas, one of Seattle's most well-known chefs, said he will have to suspend service at 12 of his 13 restaurants.

Douglas is not alone. There's a growing list of businesses doing the same thing because of a dramatic drop in sales, and it is creating a lot of uncertainty for workers.

Days ago, John Stepan was busy at work.

Last Thursday, he was serving up food at the Yum Bit 2 truck in South Lake Union, but with tech workers telecommuniting, business near Amazon's home base dried up.

"Sunday, I got the call, 6:30 p.m that sales were down. It just kind of sunk too far," Stepan explained.

It was a huge hit for the hourly worker

Pam Halpern lives in Seattle. She says she has been frequenting all of her favorte restaurants and shops, but the coronavirus outbreak has created a new normal.

"I am personally, incredibly sad. These are my friends. These are people I know in my neighborhood. These are places I go to." said Halpern. "What I see now is everyone staying home. All of the major corporations here have told their employees not to come to work. Having people work from home has devastated all of the area businesses."

Commissioner Suzi LeVine with the Employment Security Department for Washington says they are seeing an increase in call volumes as well as unemployment insurance claims.

Her office has dealt with crisis before, but she says coronavirus is creating a different situation.

"It's rapid," said LeVine. "It's faster than the recession took hold or other situations."

Workers, like Stepan, have had to move fast too.

"I painted the town already with applications. You almost get laughed at or they roll their eyes at you," said Stepan. "I want to say that my job and my lease are the last of my priorities during a health instance that is new to everybody, but it is not. It is a three-front war when you are an hourly worker."

Commissioner Suzie LeVine says the state rolled out some emergency rules that will provide some additional flexibility for unemployment insurance. Learn more here.

Do you know someone whose job is being impacted by #COVID19? Washington Employment Security Department has tons of resources and a reference graphic to help workers and businesses.

For example:
➡️ Workers may receive unemployment benefits and employers may get relief of benefit charges if an employer needs to shut down operations temporarily because a worker becomes sick and other workers need to be isolated or quarantined as a result of COVID-19.
➡️ Standby will be available for part-time workers as well as full-time workers, as long as they meet the minimum 680 hours.
➡️ Workers that are asked to isolate or quarantine by a medical professional or public health official as a result of exposure to COVID-19 may receive unemployment benefits and work search requirements could be waived, so long as they have a return date with their employer. The return to work date can be the date the isolation or quarantine is lifted.
➡️ If a worker falls seriously ill and is forced to quit, they cannot collect unemployment benefits while they are seriously ill but may be eligible once they recover and are able and available for work.