Oregon is getting new tests which will allow the state to administer as many as 80,000 "rapid antigen" tests a week, doubling its current testing capacity. 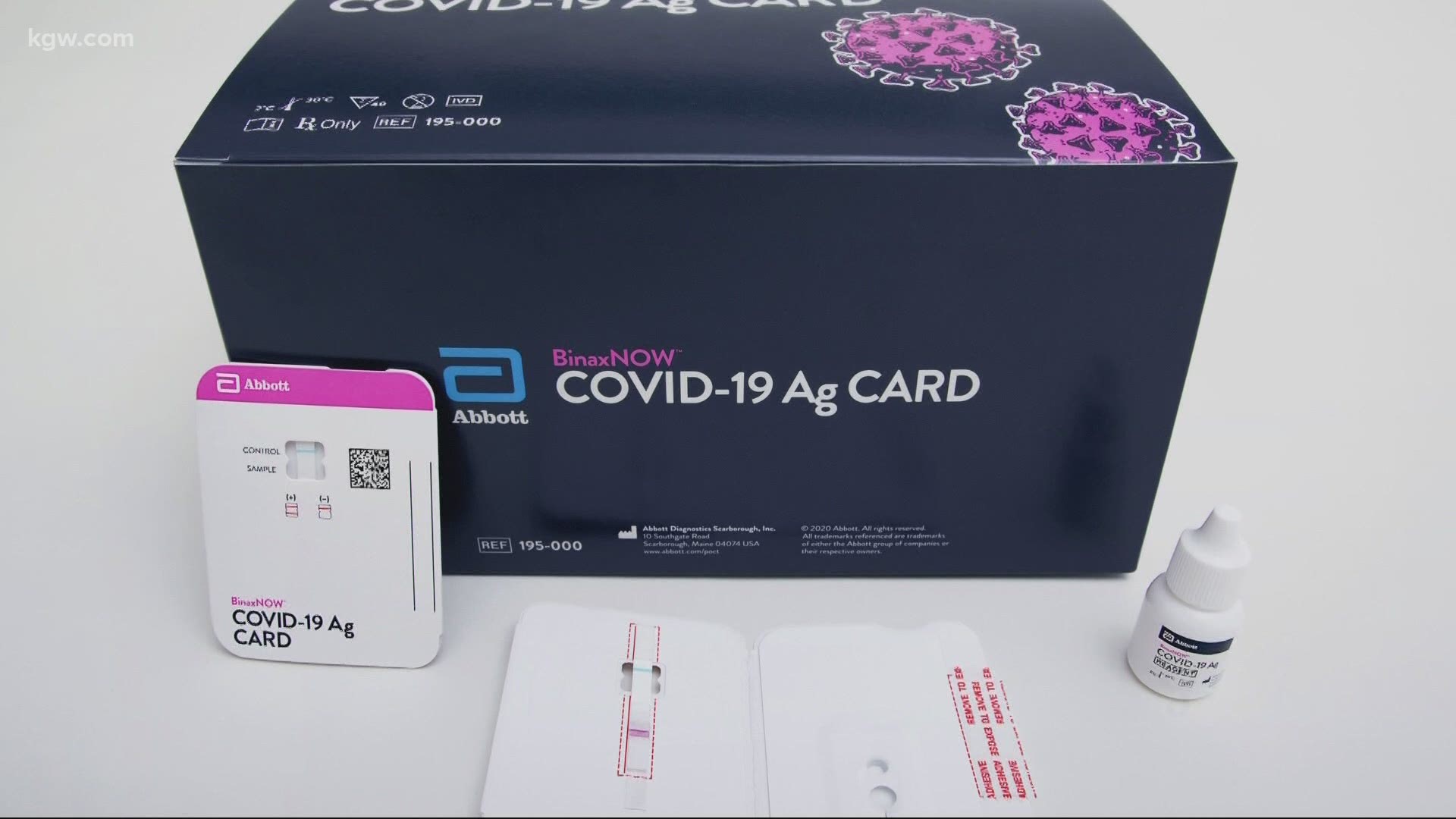 Since Aug. 31, there has been a 25% increase in the number of reported cases of COVID-19, according to Oregon Health Authority Director Patrick Allen. And with the colder, rainier season coming, people will be spending more time inside where the coronavirus spreads more easily.

"We are all concerned about what happens when people move indoors," Allen said. "What I really want people to do as they move indoors is not do it in large groups in unventilated spaces without masks. And I’m as worried about people’s homes as anything. These social gatherings we’ve seen are not typically in commercial spaces, they’re typically in people’s homes."

A positive new development is the distribution of more COVID-19 tests from the federal government, which will allow Oregon to do as many as 80,000 "rapid antigen" tests a week, doubling the state's current testing capacity.

Administering more tests will help the state identify more people who have the disease and track their close contacts so they can isolate themselves. With more tests, Oregon can expand its testing guidelines so that not only people with symptoms of COVID-19 are recommended for testing but all close contacts of any person who tests positive, regardless of symptoms.

The new test kits will be deployed first to counties and long-term care facilities impacted by the Oregon wildfires, and then to the hardest-hit communities that are disproportionally affected by COVID-19, including communities of color, congregate care settings, tribal, migrant farm workers and other vulnerable populations. The state will also work to expand testing sites and make sure that more tests are sent to schools.

Allen cautioned that increased testing won't solve all of the state's problems.

“No amount of testing in and of itself will suppress the spread of the virus. Testing is a vital part of our strategy to suppress COVID-19 in Oregon. But testing must be supported by robust case investigation, contact tracing, isolation and quarantine," Allen said.

The increase in testing won't replace the state's metrics for reopening schools, Allen said. The state must reduce the spread of COVID-19 first before schools can reopen safely. But Brown and Allen both said that they'll be evaluating the state's school metrics over the next couple weeks, and will continue to have conversations with superintendents, teachers and parents.

RELATED: Here's where county COVID-19 rates must be for Oregon schools to reopen

Allen said one area they'll look at is whether statewide metrics, which require the percentage of positive tests to be below 5% for a three-week period in order to open schools, should continue to override local metrics.