Gov. Brad Little says the coronavirus is having a 'big impact' on Idaho's budget

The governor says the state is already making budget preparations for the lost revenues. 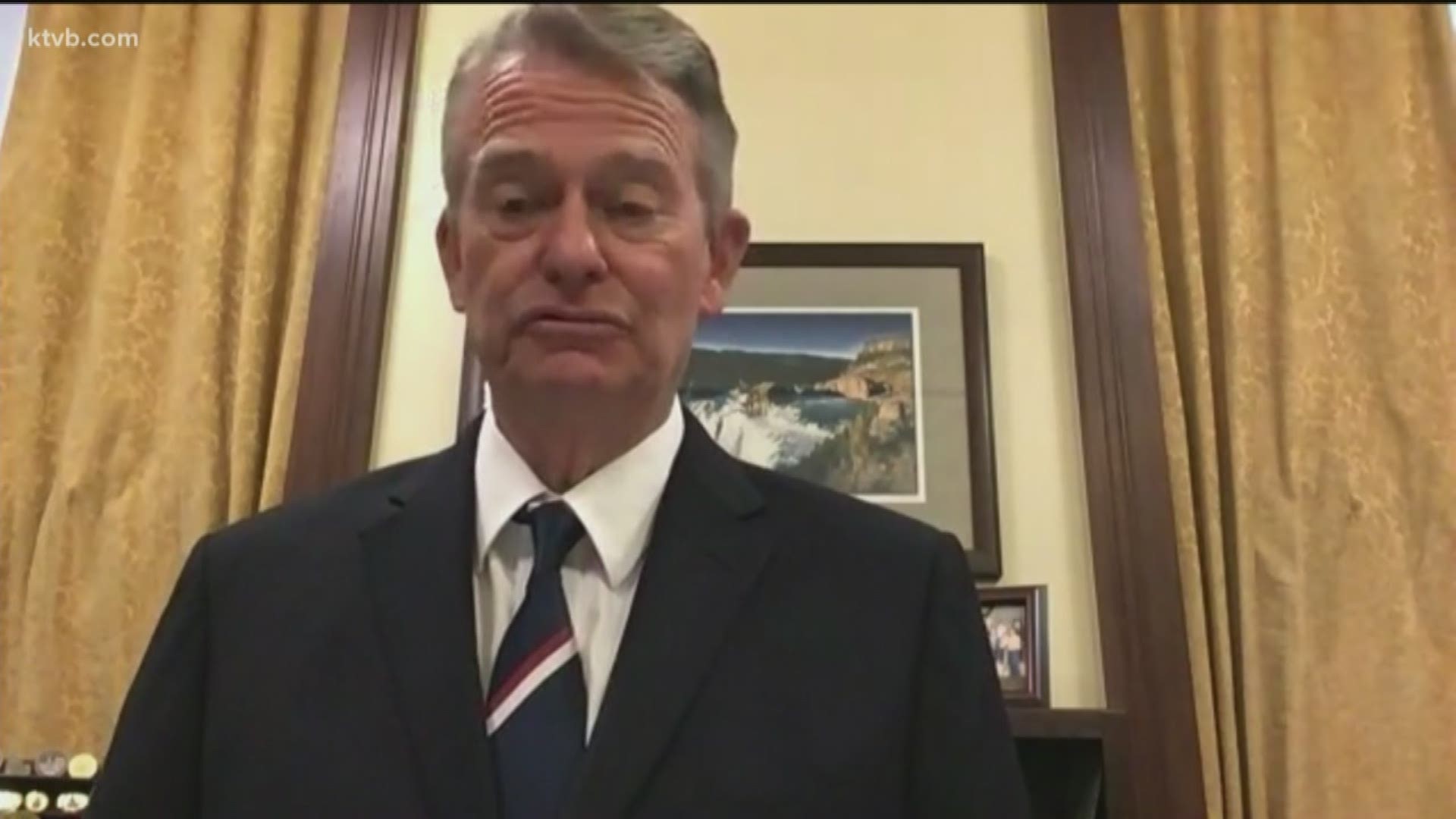 BOISE, Idaho — The governor's stay-at-home order to battle the coronavirus has had a devastating impact on many Idaho businesses and people who are laid off.

It's also having a major impact on the state budget.

Gov. Brad Little talked about that with KTVB after his news conference Thursday.

What did the governor have to say as we enter the slow process of reopening?

He says the response to the coronavirus is having a significant impact on the budget.

With so many businesses shut down, people out of work, most Idahoans staying home and not spending as much - sales are way down.

That means sales tax revenue is way down.

The governor says it's going to take a while to dig out of the hole, but not as long as it did from the great recession.

Gov. Little: "We don't know exactly what the magnitude of it is. I have opportunity multiple times a week to talk to governors in other states.  All I can tell you is it's probably going to be better here than it is almost everywhere else.

We have our unemployment fund, our retirement fund, our endowment fund, our rainy day fund. We have good reserves because of the incredible, good policies of my predecessors in the legislative branch and the executive branch. We run all kinds of scenarios. It could be, I don't think it could be 20% (drop in revenue) next year. That's the worst case scenario.

We're, as we always are, conservatively budgeting. We'll probably have to address it with maybe some of our rainy day fund, I'm quite confident that we're going to get some money from the federal government, and then we'll have to make some spending adjustments.  If you take the loss over those three different pools it shouldn't be too significant.

You have to realize that last year I did a one and two percent reduction. So our spending was already we kind of dialed that back, and that means we'll be able to tolerate this is in a better way."

Doug Petcash: "Are you going to call for more budget cuts, though, for next year?"

Gov. Little:  "We're looking at all the options."

Doug Petcash:  "Do you know how big?"

Gov. Little:  "We're asking our directors of our departments to look at a 5% cut, which is the same thing I did last year and then it ended up being one and two. It's also better to prepare for the worst and hope for the best. It's just a prudent thing for us to do. I don't think we're going to have a multi-year wreck like we did after the last recession. It's going to take a while for our tax revenues to come back."

Doug Petcash:  "What do you anticipate the Idaho world is going to look like after we get through Stage 4 (of the economic rebound plan)?"

Gov. Little:  "My economic committee that's giving me advice and counsel, one thing we agree on because of all the things about Idaho, is relative to everywhere else is it's going to look better here than everywhere else. My goal is that Idaho, just like we did after the recession in 2009, leads the nation in recovery."

Also, people aren't driving as much, so gas tax revenues are way down for Idaho Transportation Department road projects.

ITD budgeted around $331 million for the taxes from gas and diesel, but will likely end up with a shortfall this year because of the drop in gas sales.

As we reported, the Director of the Energy Institute at Texas Christian University has been analyzing the gasoline situation around the country.

He estimates a drop of a little more than $30 million in gas tax revenue in Idaho.

You can watch Doug Petcash's full interview with Governor Brad Little on Viewpoint this Saturday morning at 10 and then Sunday at 6:30 a.m. and 11 p.m. 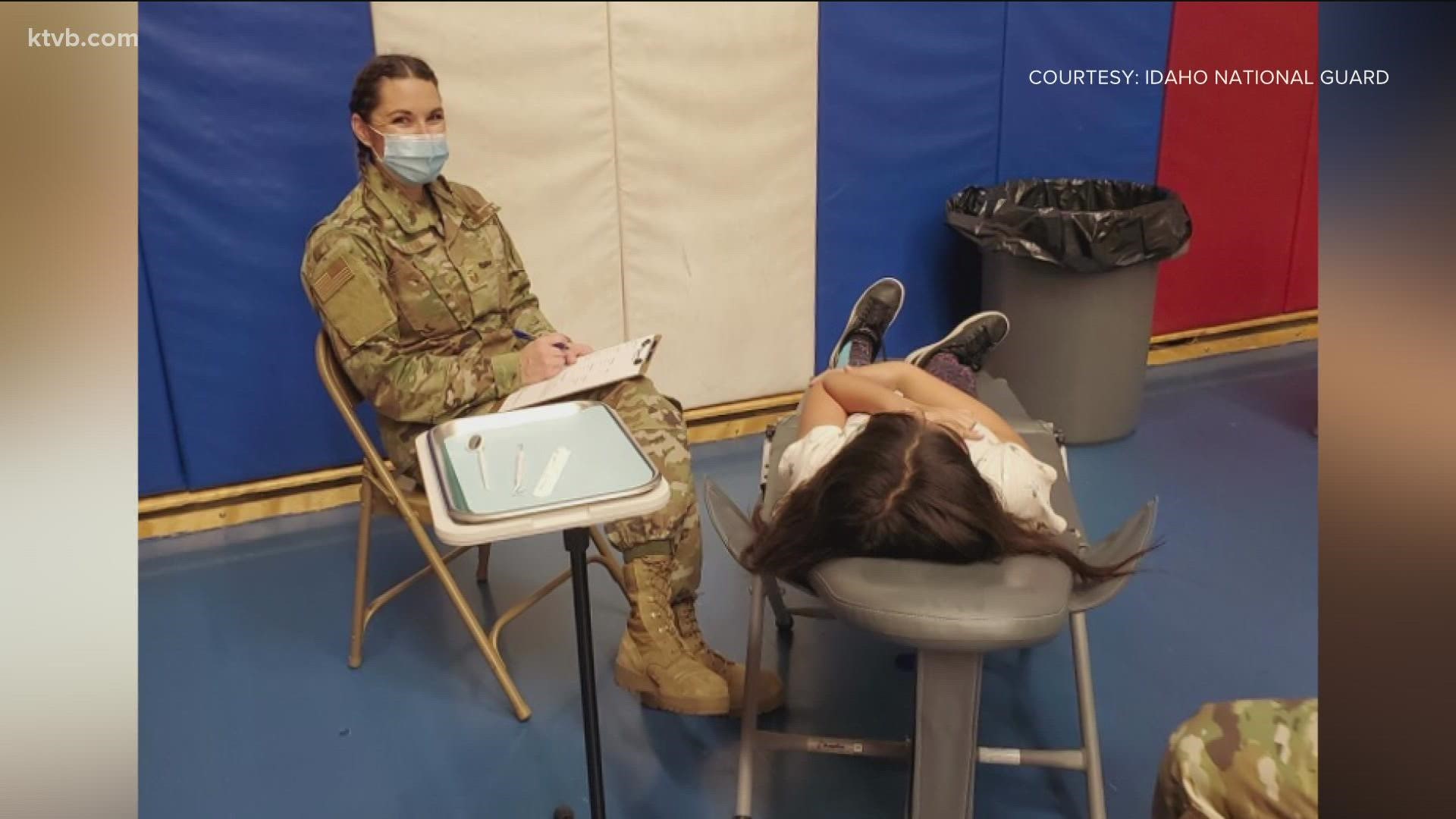