Idaho musician Curtis Stigers said his upcoming shows were canceled, stripping away at least a third of his income for the year. 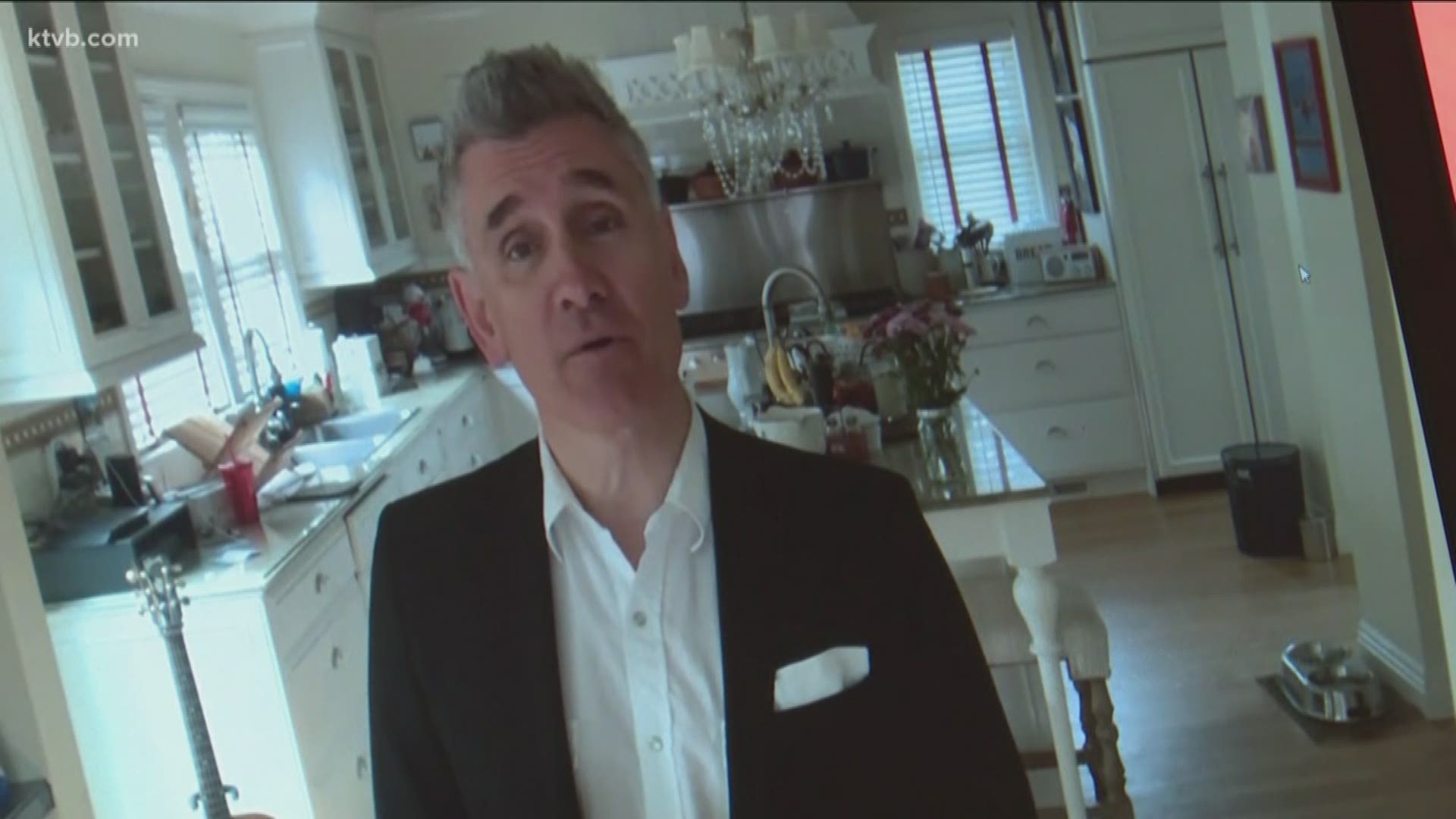 BOISE, Idaho — Many governors across the country have ordered all non-essential businesses to close their doors due to the Coronavirus, including the state of Idaho.

Since most musicians make the bulk of their income from ticket sales and booking venues, cancelations and shut-down venues have slashed their income.

The pandemic has also affected musicians in the Gem State.

Curtis Stigers, a local singer, songwriter, and saxophonist, typically spends this time of year on tour. But right now he has to promote his music from the confines of his kitchen in the North End of Boise.

"I had an entire week at Birdland, the legendary jazz club that was canceled," Stigers said. "I had a music festival in the Shadow of the Matterhorn in Switzerland. That whole week was canceled too."

RELATED: Idahoans needing unemployment benefits struggle to find help as the state tries to keep up

Stigers said he has lost over a third of his income so far this year.

"I think it'll get worse," he added. "[I'll lose] well over half, but I know there are other musicians in Boise having trouble as well."

Musicians like 25-year-old, Mike Dunton, who moved to Nashville, Tennessee two years ago to begin his professional career as a guitarist.

"As a guitar player, I make all my money through touring and gigs in Nashville," he said. "That’s how I pay my bills, and as of right now, that’s been postponed."

Dunton moved back to Boise after COVID-19 began its swift spread through the U.S. He is now quarantining with his girlfriend, an Idaho State University student.

"I figured if I have to be quarantined, I’d rather be with my lady," he said.

Dunton is applying for jobs in the Treasure Valley to get some temporary income.

"It’s been difficult," Dunton said. "But luckily I don’t have any mouths to feed, unlike a lot of folks in my position."

They also do not have a source of income right now.

"We really have no idea how we’re going make this work," said Jewell.

"We’re trying some things that other musicians are doing these days like live-streaming concerts," Beek added. "We’re lucky that Eilen has a fan base around the world. They’ve been reaching out and want to support us. They know that we’ve lost a lot of income... we’ve canceled two big tours so far."

Stigers, also a family man, said it is as if time has stopped.

"There’s no way to make a living," he said. "We just sit and take care of our families and we wait. There’s really no way to do my main job, which is touring."

RELATED: Furloughed or laid off? What's the difference?

Years from now, Dunton hopes to look back on the pandemic and remember how he overcame the music industry's misfortune.

"I hope that myself and all my peers made the most of this situation, as opposed to taking a stance of 'woe is me, why is this happening to me and my career?'," the guitarist said. "This is an opportunity to hunker down and realize how valuable life is and how valuable our industry is that we’re able to do this for a living."

Dunton encourages people to purchase fan merchandise during this time.

"A lot of them have kids and mortgages, so it’s a very scary time for a lot of folks," he added.

Jewell and Beek are staying positive.

"We're trying to see this as an opportunity to kinda hone our skills and do some songwriting," Jewell said. "Maybe some good songs will come of it. Who knows?"