Health officials confirmed the first infection with a known variant of the virus that causes COVID-19 has been found in an adult male who recently traveled abroad. 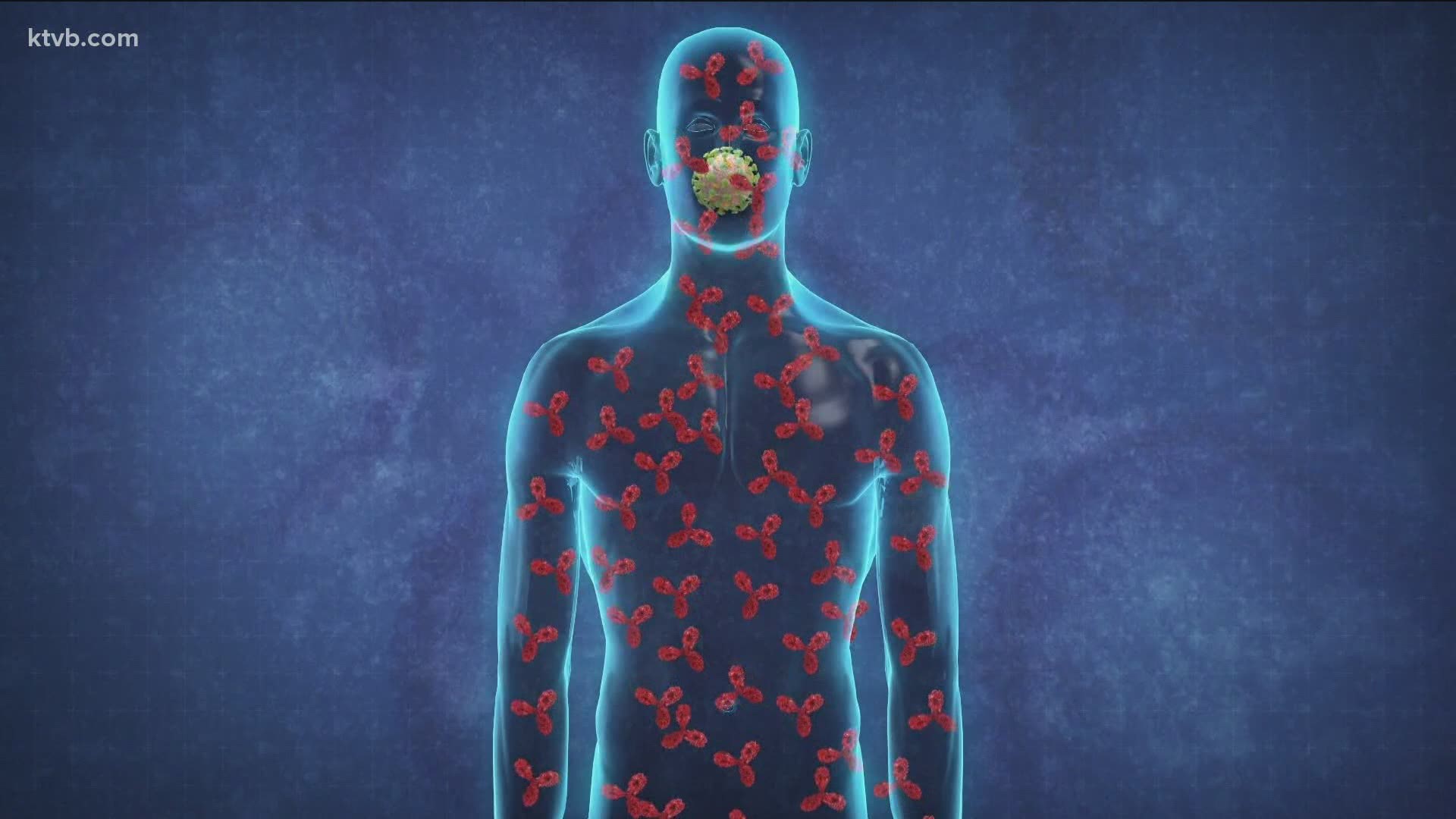 BOISE, Idaho — Idaho health officials have confirmed the first known infection of a person with a variant of the virus that causes COVID-19 in the Gem State.

The Idaho Department of Health and Welfare and Southwest District Health announced on Friday that a South African variant of COVID-19 was found in an adult male living in southwest Idaho and confirmed through laboratory testing.

That testing identified the B.1.351 variant of SARS-CoV-2, which was first discovered in South Africa in late 2020. This is Idaho's first identified infection with a known variant of concern of the COVID-19 virus.

So far, there have been 19 infections with this particular variant reported in ten states. Health officials said the man recently traveled internationally and is believed to have been exposed to the virus before returning to Idaho. No other information about the man or his condition has been released.

Chair of Idaho COVID-19 Vaccine Advisory Committee, Dr. Patrice Burgess does not want people to panic that the new variant has arrived.

"All viruses have mutations, that's what viruses do so it's not surprising that we are seeing these and there are several, the UK, South Africa, Brazil, there's a California one, and they've probably been around more than we realize, we don't test for them in every single patient," she said.

Burgess said it was commonly believed that the new variants were more deadly, but she added that experts are finding that that isn't the case.

"They are more transmissible which is concerning because the original covid is pretty transmissible," she said.

During the committee's weekly meeting, Christine Hahn, State Epidemiologist said South Africa is now administering the Johnson and Johnson vaccine, and the effects are promising.

The Johnson and Johnson vaccine is not available in the United States.

Burgess said are being conducted on just how effective Pfizer and Moderna are against the new variant. However, anyone who has had COVID-19 and recovered can still contract a variant. Burgess urges people to not let their guard down, and that any vaccine is better than no vaccine.

"It's hard because we have been at this for so long so I think everyone is very anxious to stop wearing masks and doing all the things that we are doing but this really means that we have to hang in there for this last stretch," said Burgess.

Epidemiologists at Southwest District Health are working with Health and Welfare to identify any close contacts who were possibly exposed to this person. Health officials said they will provide guidance to anyone identified as close contact and will monitor them closely for symptoms.

"We are not surprised to find this virus in Idaho," said Dr. Christine Hahn, medical director in the Division of Public Health. "As we just learned from Boise City's wastewater testing program this week, variant strains have arrived in the state. We remind Idahoans to continue wearing masks, physically distancing, washing hands frequently, and staying home when ill. In addition to getting vaccinated when it becomes available for you, those actions are the best things we can do now."

Idaho public health officials are actively investigating infections suspected to be caused by SARS-CoV-2 variants. The Idaho Bureau of Laboratories (IBL) continues to expand the number of Idaho samples being sequenced to identify emerging strains and better understand how the virus is spreading in the state.

This variant was identified among the first SARS-CoV-2 samples sequenced by IBL, which continues to work with clinical laboratories, public health districts, and providers to expand the number of Idaho samples being sequenced to identify emerging strains of concern and limit their spread.

Idaho has had 290 Idaho samples sequenced and published in national databases, which is how they are shared nationally. Eighty-six samples are in process, including 36 samples at IBL.