The outbreak at Firestone Pacific Foods may be the Portland area’s biggest workplace outbreak outside of health care sector, The Oregonian/OregonLive reported. 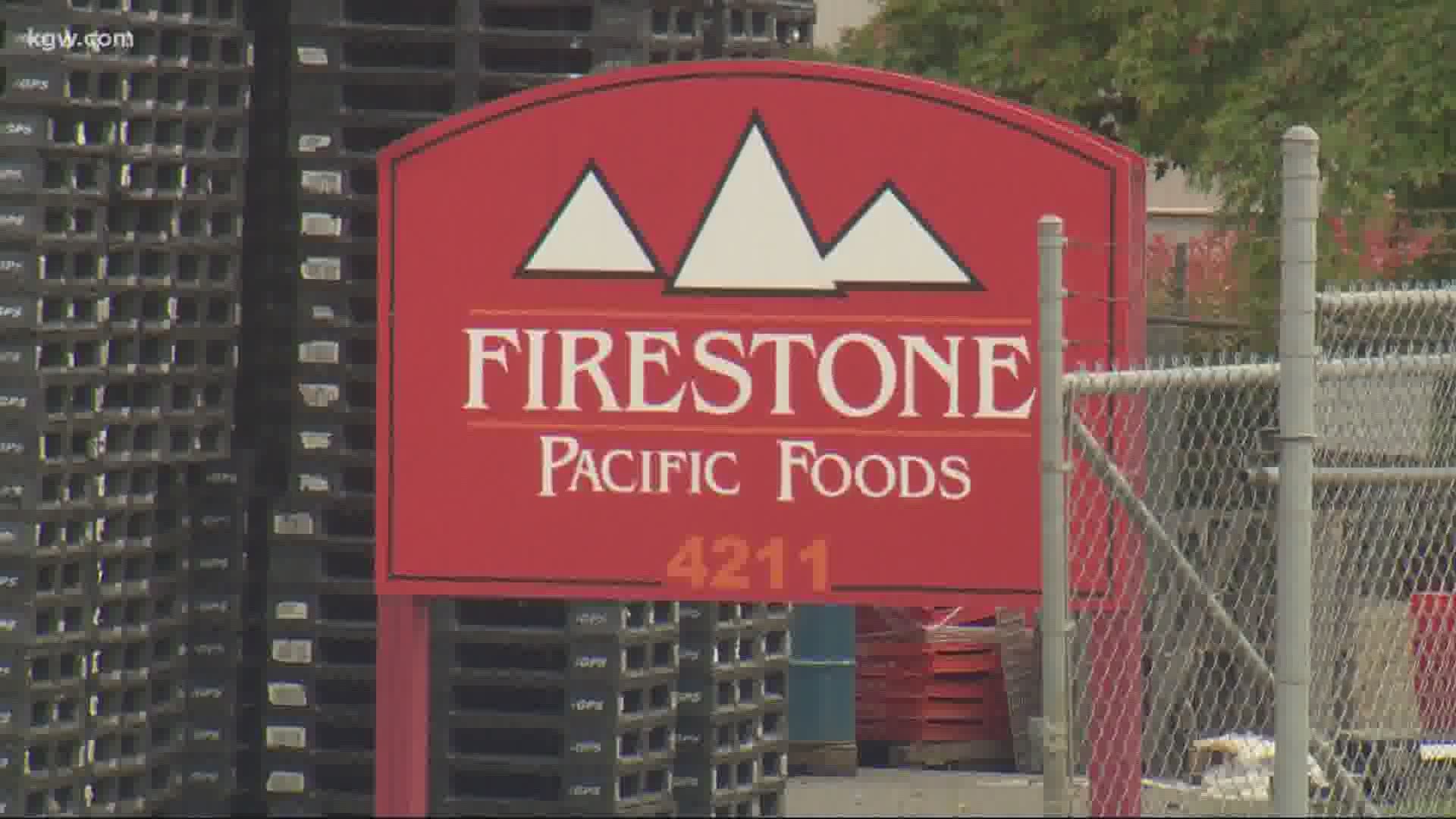 VANCOUVER, Wash. — At least 38 employees at a Vancouver, Washington food processing company have been sickened with the coronavirus, officials said.

It may be the Portland area’s biggest workplace outbreak reported thus far, excluding the health care sector, according to The Oregonian/OregonLive.

Firestone Pacific Foods CEO Josh Hinerfeld said the company had its first confirmed case midday Sunday and learned of two more later that afternoon. The Vancouver plant shut down Monday but the infection total has grown. Firestone employs 150 people altogether, according to Hinerfeld.

The Oregonian/OregonLive reported that the initial 10 cases jumped to 35 cases by Friday. According to Clark County officials, 38 employees have tested positive.

Food processing facilities have emerged as a major source of infection across the country. There have been workplace outbreaks in Astoria and Albany in Oregon, in eastern Washington near the Tri-Cities and at plants near Boise and in Weiser, Idaho.

Clark County’s public health department didn’t have immediate comment Friday but said it is looking into the situation.

As businesses in Oregon and Washington reopen amid a gradual loosening of coronavirus restrictions, Hinerfeld said his company’s experience should serve as a cautionary tale. He said he is working with government health and labor authorities to engineer additional safeguards.

“We thought we had a pretty good plan in place and boy, it bit us in the rear end,” he said. “This genie is not back in the bottle.”