'It's not over': Downtown Boise bars to help reduce spread of COVID-19 after being linked to cluster of cases

More than ten bars met with Central District Health to talk about safe business practices and how they can remain open while reducing the spread. 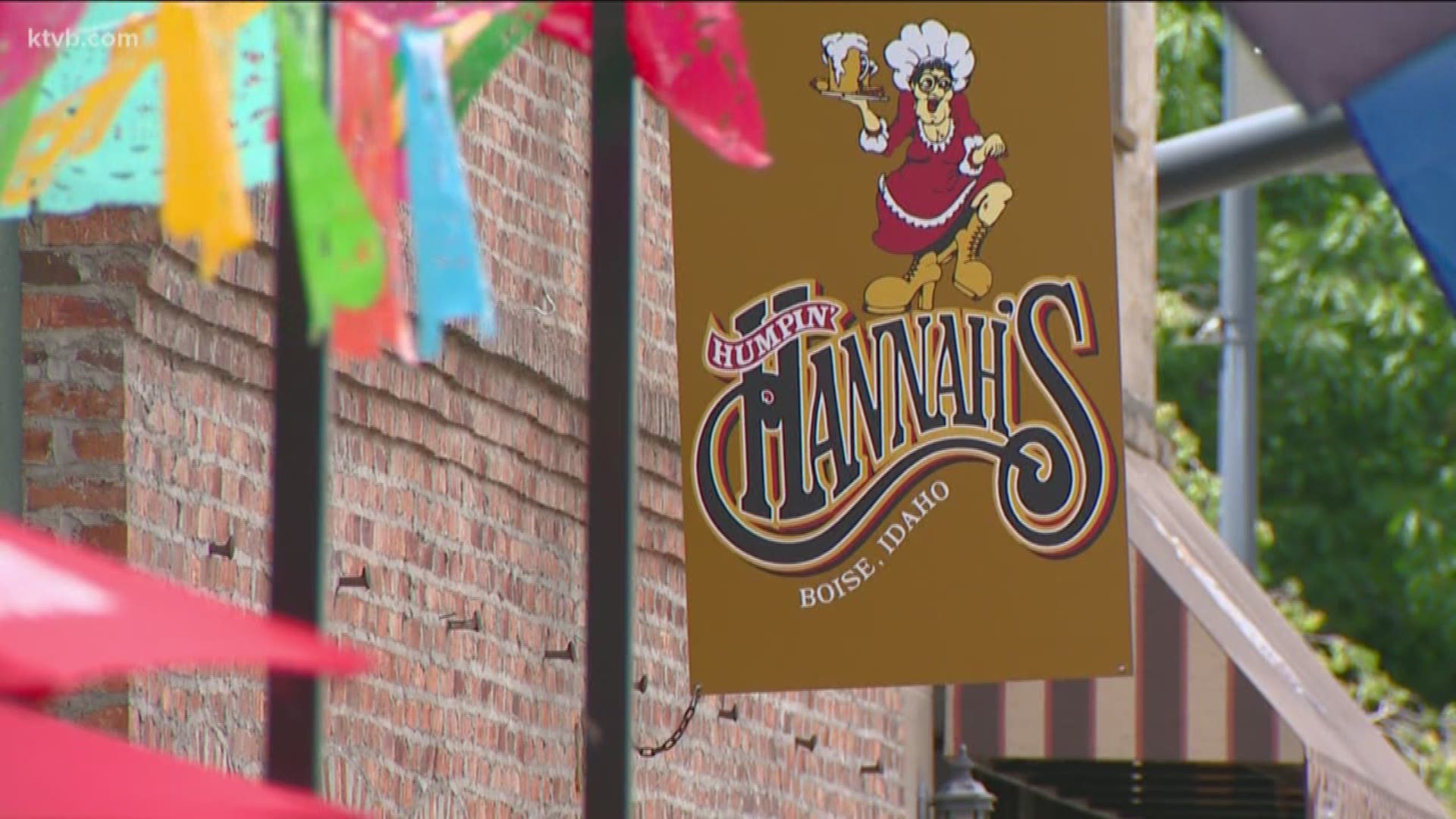 BOISE, Idaho — UPDATE: At the original time of publication, the owner of Whiskey Bar, Silly Birch and Tom Grainey's informed KTVB he wouldn't be requiring masks. On Saturday morning, a spokesperson for the bars informed KTVB while he won't be requiring them, he is asking customers to wear them. The change has been reflected to update that.

The cluster of cases in Ada County that are linked to the original exposure in downtown Boise continues to grow, according to Central District Health. Brandon Atkins, a program manager with CDH, told KTVB it's close to 100 cases now.

The original cluster started with ten individuals. There were five confirmed cases and five probable cases.

Several downtown Boise bar owners met virtually with the health district to come up with a game plan to become more proactive in stopping this spread and to keep their doors open.

The bars who were a part of the meeting include

Social distancing will be strictly enforced, as well as limiting capacity which was already being done by bars.

The newest guideline is bar owners are now asking their customers to wear masks. Some bars like Humpin Hannah's will even be requiring them.

“It’s not over and that we all need to be doing everything we can,” the co-owner of Hannah’s, Rocci Johnson, said.

People going to Hannah’s will be required to wear a mask starting Friday night. Johnson said she is working to have enough masks to provide them to customers who don’t have one.

“It’s just one of those costs of doing business at a time like this, it might be difficult but it’s something we've got to do," she said.

Atkins said the blame isn’t going on the bar owners. He told KTVB bar owners are doing their best to implement the safety protocols the state put out.

“The businesses are doing all that they can, they are really willing to step in,” he said.

Instead, he said the people visiting the bars should be wearing masks when inside and around people they don’t know.

“We're wearing masks to reduce the amount of splatter that we are putting out,” he said. “If you want to be able to go out and entertain the idea of being out, you need to do all that you can to help these businesses stay open.”

Atkins told KTVB while wearing a cloth mask or face covering will not prevent the spread 100%, there are studies that show it does slow it down.

"The idea isn’t to stop it entirely," he said. "The idea is that it helps reduce the risk, that’s what people need to be aware of."

That message has been hard to get through to young adults. According to statewide stats, 18 to 29-year-olds account for the highest percentage of coronavirus cases in Idaho.

"We are also calling on our young adults to be extra careful with their health. They are less likely to die from COVID-19 but that doesn't mean they can't get very sick. Cases of stroke, blood clots leading to amputation, and more severe symptoms have been reported in previously healthy and young people," said Melody Bowyer, the SCPHD director. "If you contract COVID-19 there is also the possibility of unintentionally passing the disease on to someone who won't fare as well, like a grandparent or loved one with a compromised immune system."

MORE: 'We need to be able to alert people': CDH explains why they name bars when sending out public health warnings

Lastly, if the case rates in Ada County continue to climb and they continue to be linked to the bars, Atkins said the health district will shut the bars down.

“Last resort obviously would be closing down those businesses, but if people are unwilling and unable to adhere to the guidance then we're going to have to continue to resort to that,” he said.

Bars are already recovering from the initial shut down, so another forced closure would further harm the businesses.

“We have employees whose homes are in forbearance and they're facing evictions and these sorts of things,” Johnson said. “So, we want to stay open but do it in a manner that is safe for the public.”

Hannah’s isn’t the only bar requiring people to wear masks inside. KTVB reached out to several bars who were a part of the meeting with the health district. Below is a list of bars and their responses.

Several of the above bars will also be providing masks to their customers.

Johnson told KTVB she is working with the City of Boise to acquire a stockpile of masks to distribute.