COVID-19 survivors with a different experience than President Trump felt his words on social media and handling of his diagnosis were reckless. 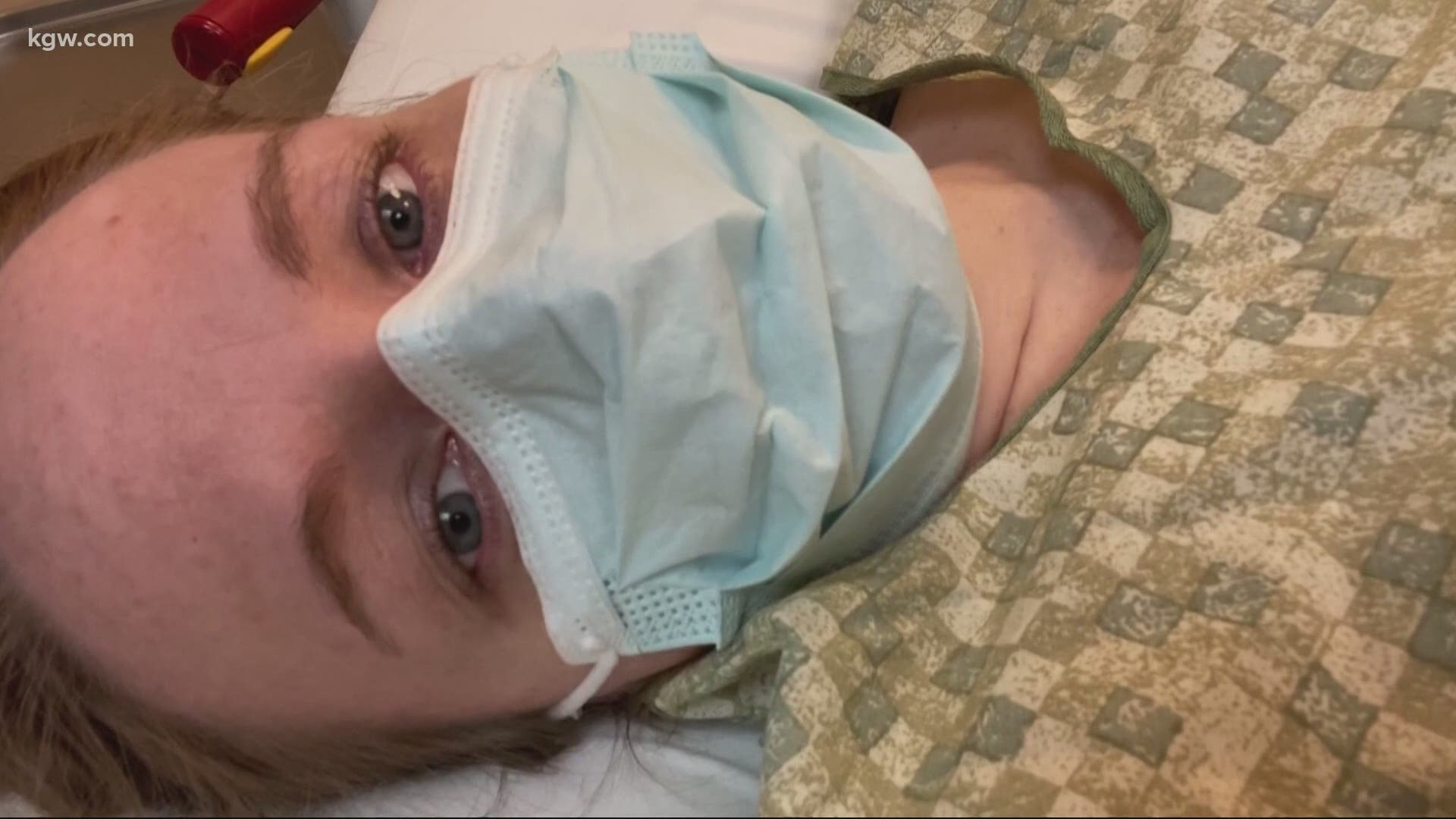 PORTLAND, Ore — People living in Oregon and Southwest Washington who've been sick for months due to COVID-19 are reacting to how President Donald Trump is dealing with his diagnosis.

A survey by the Centers for Disease Control and Prevention found 35% of patients have lingering effects from the coronavirus even though the recovery rate for most ages is 99%.

The president tweeted a video telling Americans "Don't be afraid" and "Don't let it dominate your life."

"How can I not be afraid of this?" said one COVID-19 "long hauler" Jenifer Johnston, who lives in Vancouver.

"We don't have a choice in this as to whether or not this takes over our life," said another long-hauler Chelsea Alionar, who lives in Keizer. "Where is his empathy? Where is, even, his sympathy?"

COVID-19 survivors with a different experience than President Trump felt his words on social media and handling of his diagnosis were reckless. They fear it sends the wrong message to the public.

"He is not helping our plight and, not only is he not helping, he is directly hindering us from gaining the help that we need," Alionar said.

"I'm afraid people are going to see him and how he recovered and say, 'Oh, it really is no big deal.' So, they're going to go about their way not wearing masks and spreading the disease," said COVID-19 long-hauler Jennifer English, who lives in Oregon City. "It should have never been political. This is humanitarian. This is our lives, this is our country. And he doesn’t care."

"Doesn't matter what their politics are. He's doing a disservice to everybody not taking it seriously," Johnston said.

Alionar, English and Johnston want the president's experience to result in positive progress. They say they initially hoped if he was directly impacted, he would implement new policies or fully grasp how severe the disease can be.

"He's twisting the knife," English said. "He just walks by and slaps us in the face or twists the knife and walks off for a photo opp. It breaks my heart,."

"I don't wish harm on anyone, I don't care who it is," Johnston said. "Him getting it, I just wanted him to be a decent human and maybe go, 'Hey, it can affect anyone.'"

English, Alionar and Johnston have been dealing with COVID-19 symptoms and lingering effects from the virus since March or April. All are unable to work. Each have been to the hospital in the last month.

Alionar said she was prescribed dexamethasone, the same steroid Trump is currently taking, and is back on her nebulizer and inhalers.

"I'm hanging on by the smallest thread," Alionar told KGW. "COVID has cycled back around and is now attacking my respiratory system again."

Johnston also suffers from "COVID brain" and says her fatigue is debilitating. Her legs turn purple when she stands for a period of time.

The women, all in their late 30s and 40s, wonder if the president was treated with a different standard.

"I can't not think that I wouldn't be a lot better than I am right now if I would have had same medical care that he had," English said.

"He gets this top-notch medical care while I struggled to breathe for two months," Johnston said through tears.

Long-haulers worry Americans don't pay enough attention to cases like theirs, focusing on recovery rates instead of long-term effects and deaths.

"We're the forgotten ones," English said. "I do feel grateful I'm still alive. But I'm not living."

"What scares me is that more people are going to end up like this and I just hope they figure it out, something to help us, because I just want my life back," she said.