“If we look back seven-to-12 days, the average is close to 15% (of tests that are positive),” said Dr. David Peterman, CEO of Primary Health. 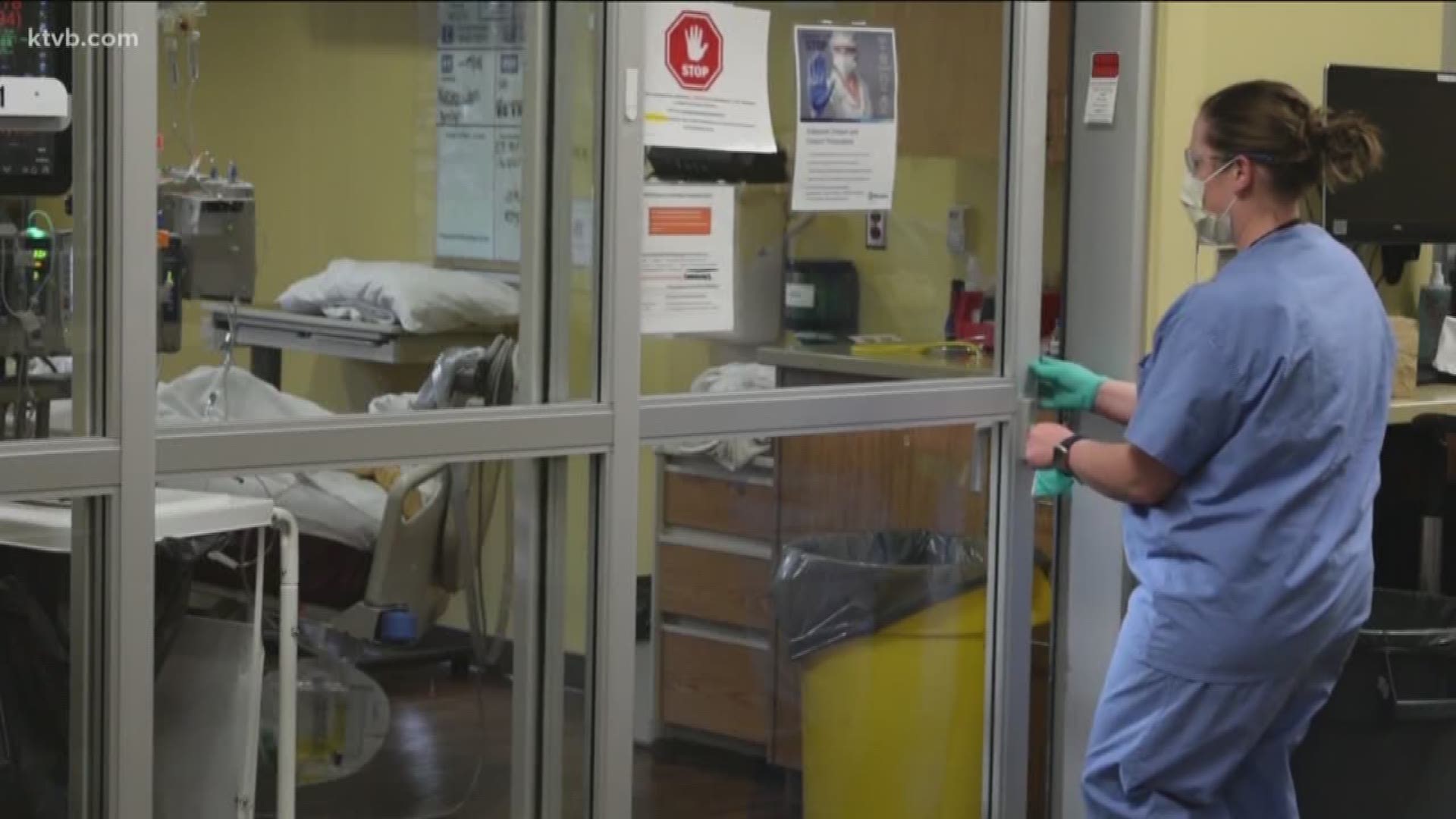 BOISE, Idaho — Idaho is now developing an alarming trend for health experts - the increasing positivity rates of coronavirus, or the percent of tests, showing up positive. In Idaho, they've seen a sharp spike in positivity rates over the last month.

Dr. David Peterman is the CEO of Primary Health Medical Group. and said, right now, the Primary Health facilities in the Treasure Valley are seeing an overwhelming number of patients that are positive for coronavirus.

“If we look back seven-to-12 days the average is close to 15%, but we've had days where its 20% or higher,” Peterman said. “It isn’t just the positivity rate that's high, but the number of patients we're seeing is overwhelming. In fact, demand for testing is so high that we're actually having to turn away over 100 patients daily, we just don’t have the staff to test them all.”

Peterman told KTVB when looking at the positivity rate per week, the rate was low until around the second week of June, he says that's about the time bars reopened.

He adds the scariest graph is the positivity rate per day.

“You can see that it's 15%, 17% sometimes as high as 20%,” Peterman said. “All of those cases that are positive, most of them will do fine, but the concern is that everyone who is positive could then give it to someone else, a grandparent or someone who has asthma or even a young child.”

To put those numbers into perspective, the Idaho Department of Health and Welfare shares its weekly PCR laboratory tests and positivity rates online. The latest data shows from June 21 -to-June 27, the state completed more than 11,500 tests, with a positivity rate of nine percent. That's more than 2% higher than the previous week.

“That has the possibility of mitigating this very high rate,” Peterman said. “If the community wears masks, they distance, wash their hands well then we have an opportunity to decrease this rate, but right now today, we're not seeing any decrease and of course we're concerned.”

He adds, he doesn’t want to scare people but instead give them the facts.

“The facts are that the positivity rate for coronavirus in our community right now is very high, it's over 10% and there is data from all over the world that when you have a positivity rate of above 10% it tells you that virus that is spreading and it's not in control and as it continues to spread it causes illness, leads to hospitalizations and unfortunately those who are vulnerable, it can lead to death,” Peterman said.

The state collects its own data on positivity rates and shares it online, however, it is a week behind. While Primary Health tracks its own data among its facilities in the Treasure Valley.