It's typically referenced as the number of cases per 100,000 people. 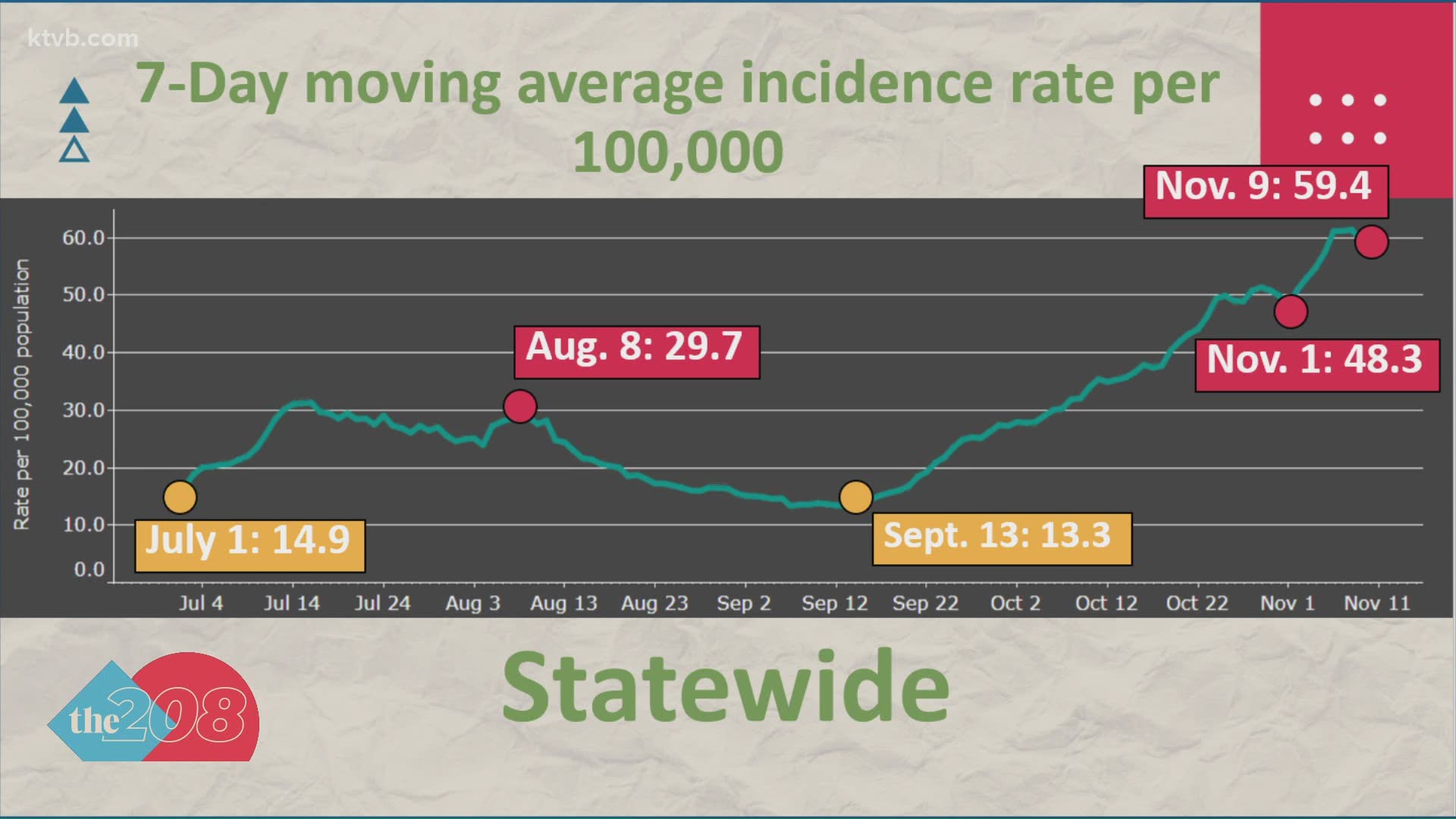 BOISE, Idaho — Believe it or not, making sure we have plenty of room for the dead was one of the morbid matrices being evaluated in Idaho's COVID attack plan.

But we seem to be losing some ground when it comes to containing it.

"One of the indications that we have a pretty widespread virus is a few months ago, we had about half of our counties with under 10 cases per 100,000 and today we have none that are under 10 cases per 100,000, and we only have three that are under 25, so those are kind of my benchmarks, 10 was good, 10-25 was medium and 25 was a concern, so it's very widespread," said Dave Jeppesen, Director, Idaho Department of Health and Welfare.

So what does that actually mean?

Health experts look at what's called incidence rates or how quickly a virus moves through a population.

It's typically referenced as the number of cases per 100,000 people.

It offers a better picture of where and how fast the virus is spreading.

And just a few months ago, Idaho was in the blue.

But since then, we haven't been able to get out of the red category.

A look at the state's infection rate per 100,000 people shows that Idaho has not hit that blue mark since before July 1.

The only three counties that are currently under that 25 case mark are Bonner, Benewah and Custer.

Twin Falls and Jerome counties come in a close second.

So what about a mask mandate to get those numbers down?

Gov. Little was asked several times Tuesday during a statewide AARP telephone town hall why he hasn't issued one statewide.

He reiterated he believed local mandates would work better.