More than 1% of Idaho's population has been infected with coronavirus

State epidemiologist Dr. Christine Hahn said around 50% of Idaho's population would need to be infected for herd immunity to take effect naturally. 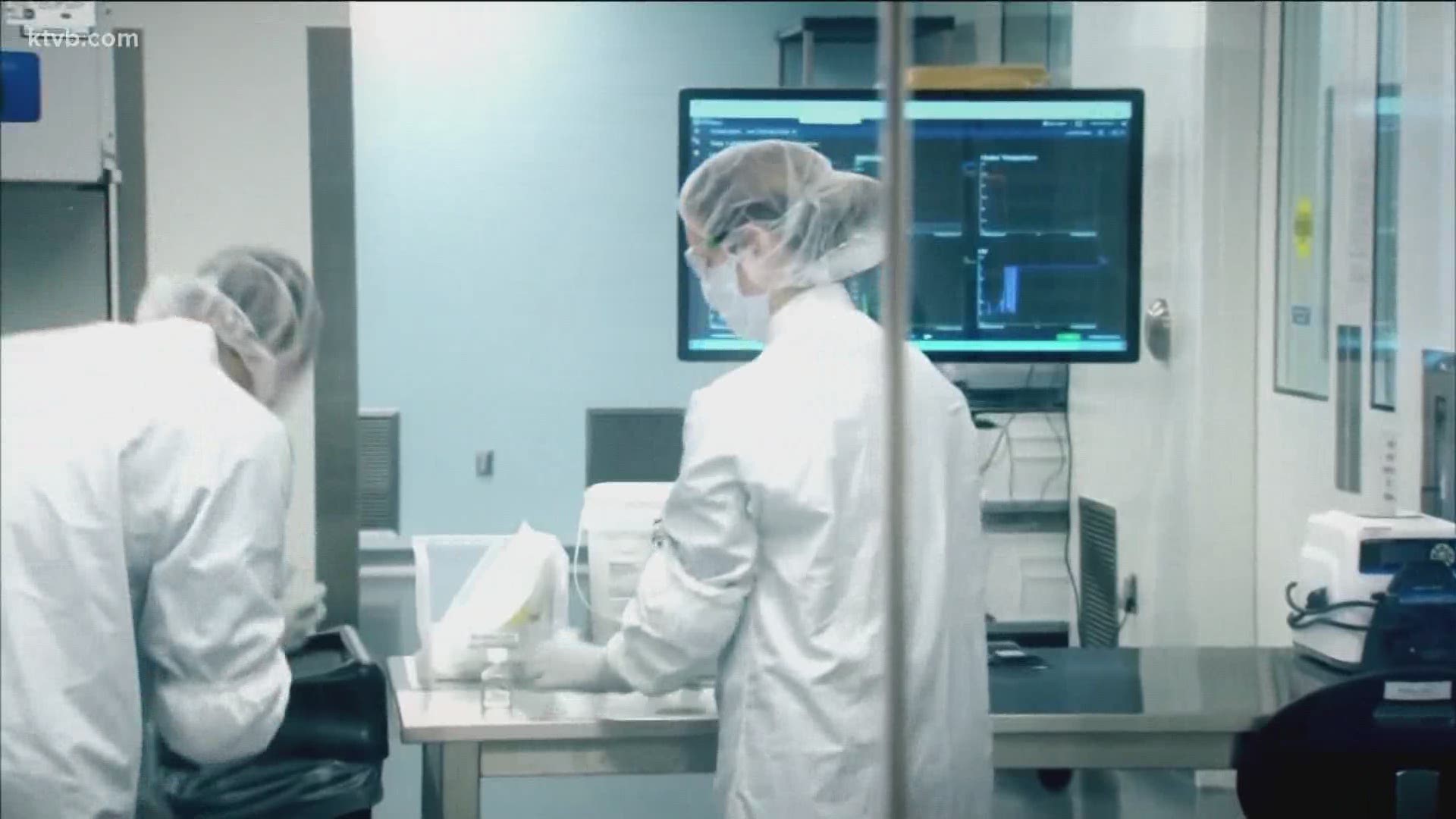 BOISE, Idaho — The novel coronavirus has been confirmed in more than 1% of Idaho's population since the virus first appeared in the state back in March.

Many health experts and politicians have been talking about herd immunity. This is the idea that if a certain percentage of the population gets the virus, the likelihood of viral outbreaks in the community will decrease significantly.

Idaho is still a long way off from reaching that type of immunity though.

“Most of us are not immune,” state epidemiologist Dr. Christine Hahn said. “Most estimates are about 50% to 60%. Once we have about half or a little more than half of us have been infected, we should start to see the benefits of herd immunity.”

While we may be a long way off from reaching a potential threshold for herd immunity, going out and trying to get the disease isn’t a good idea.

“The United Kingdom, Sweden, Netherlands kind of tried that - 'let's try to protect our elderly and then we'll let the virus go and let young healthy people get it and no one will get that sick' - and it did not work well," Hahn said. "They had a lot of deaths and a lot of severe illness.”

When it comes to COVID-19, herd immunity is still a big unknown, because scientists and medical professionals don't know if natural herd immunity will even be possible.

“We know with other coronaviruses, the seasonal colds, it appears you can only count on some protection from getting that same cold that's circulating, say, for about three months or so,” Hahn said. “So, we don’t know if you can get herd immunity through a natural process with this or if it’s really going to take a vaccine.”

Now 1% of Idahoans may not sound like a lot, but the state's population is around 1.7 million people, according to the U.S. Census. So, 1% is around 17,000 people with COVID-19. As of Wednesday, 18,563 positive cases had been confirmed statewide since the beginning of the pandemic.

“It doesn't seem like a lot but think about our hospitals,” Hahn said. “Our whole healthcare system is built assuming most of us are doing okay and that the number of people coming into the hospital is fairly predictable.”

The state reported that, as of Monday, 236 people were hospitalized due to the virus, a new high since tracking of hospitalizations began.

This disease isn't predictable either. Some people infected don’t show any symptoms, others have a mild case. There are also some cases where the disease affects more than just the respiratory system.

“For reasons we don't fully understand yet, people get terrible blood clots, they can have strokes, they can have infections in the heart,” Hahn said. “It's very serious and even fatal consequences.”

The best way to avoid this disease in the first place is through prevention. Remember to socially distance, wear a mask when going out, and to wash your hands often.

RELATED: WHO chief scientist sees no coronavirus herd immunity yet