Boise man shares what it was like to participate in St. Luke's COVID-19 clinical trial

Ryan Andrews is one of only eight patients from Idaho and one of 376 in the world to participate in this first trial. 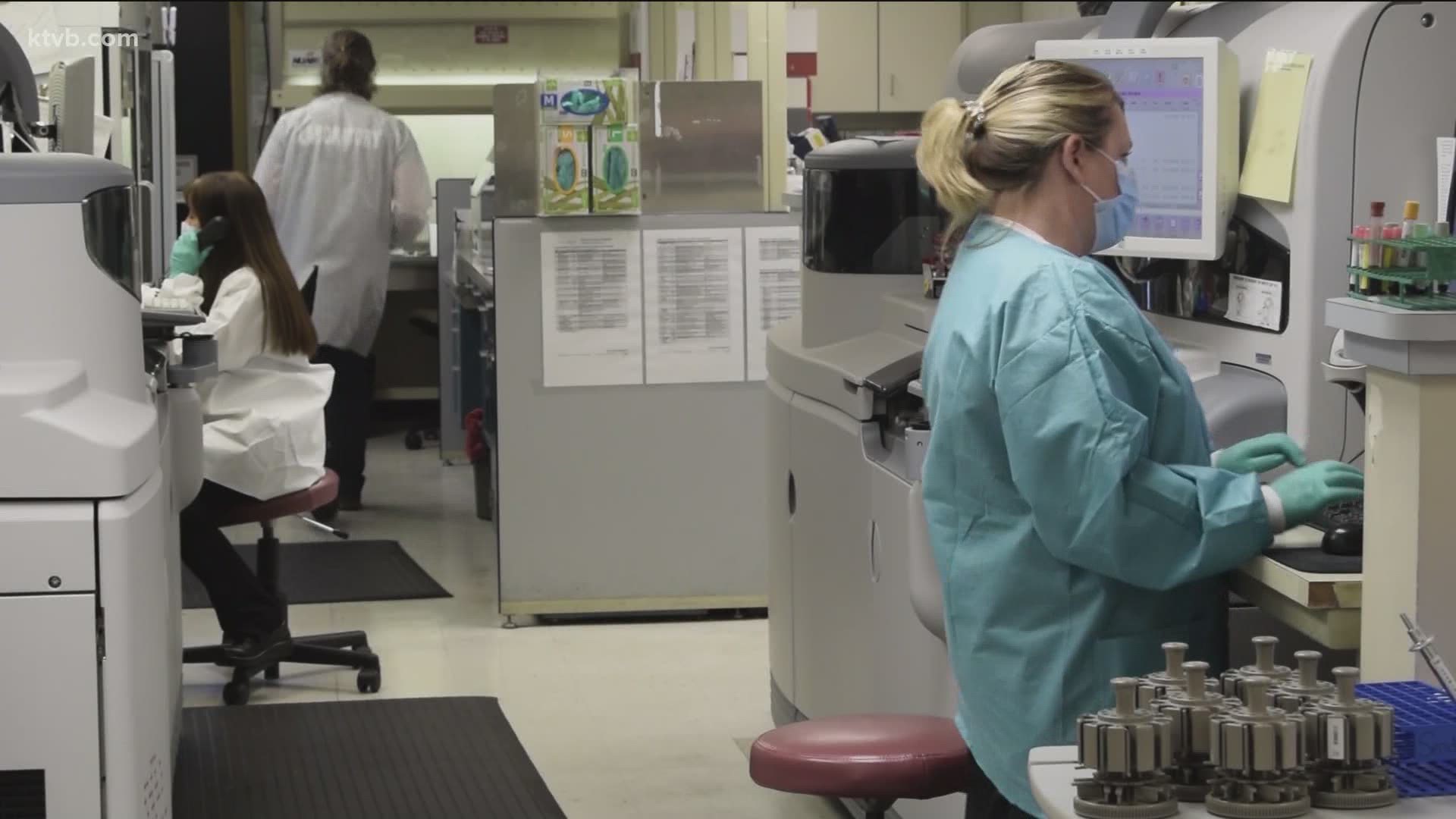 BOISE, Idaho — From coast to coast, and continent to continent, medical teams across the globe are working furiously to find a treatment for COVID-19.

St. Luke's in downtown Boise is part of that effort.

The hospital’s first in-patient, infusion study ended just last month. However, the team is already starting to enroll patients for another clinical trial.

Ryan Andrews is one of eight people from Idaho and one of 376 in the world, who participated in that first trial. He tested positive for COVID-19 and was hospitalized twice.

“The worst part for me was the isolation, not being able to talk with any of my friends, any of my family,” Andrews said.

It was during his second hospital stay that he agreed to participate in the first St. Luke's clinical trial, called EMPACTA.

“At that point, I was in a position where I was willing to try anything so I could get over the hump, so to speak,” Andrews said.

RELATED: Southwest District Health board member promotes the use of hydroxychloroquine

St. Luke’s was one of 50 health systems in the world selected to participate in that trial, although not all had patients that were eligible.

“In the first trial we did called EMPACTA, which also studied tocilizumab but did not include remdesivir in both arms, we did see patients get better and it's always fun to investigate if that patient got an investigational drug or did they get a placebo,” said St. Luke's pulmonologist, Dr. Karen Miller. “The idea is that this monoclonal antibody interrupts this cascade of proteins that triggers an inflammatory response that's not controlled, it's not normal, and the hope is that it interrupts that cascade and stops that.”

Currently, Miller and Clinical Research Manager Cleary Waldren and their team are doing a clinical trial called REMDACTA, which looks at patients with COVID-19 pneumonia. It's a blind trial, with two arms to the study.

“Arm one is remdesivir, plus the investigational drug tocilizumab, otherwise known as Actemra, and the second arm is remdesivir plus a placebo,” Miller said.

Andrews told KTVB that he started feeling better within 12 hours of receiving the first dose. Three days later, he was back home. He wasn’t fully recovered, but out of the hospital.

The rest is just a matter of time.

“I’m blessed I had the opportunity to take part in it I guess and if I could change one person who is incredulous to believe that the coronavirus isn’t real or not as serious as everyone says it is. I feel like I’ve done my part,” Andrews said.

According to Miller, researchers won’t know the actual results until they are published, likely, months down the road.