After being tasked to draft a new set of health orders for the district, CDH on Wednesday published a draft for the community to review and respond to. 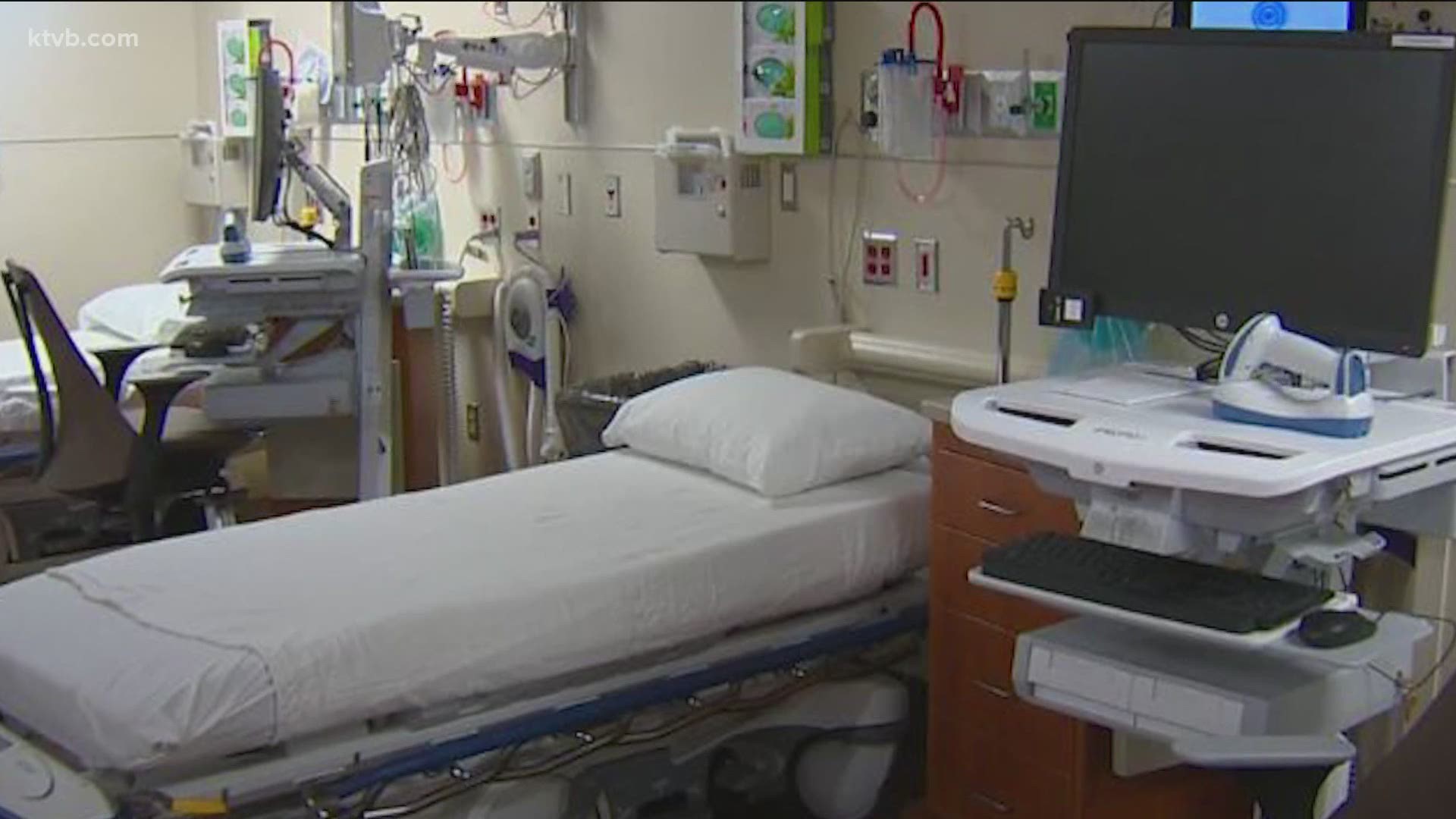 BOISE, Idaho — Central District Health Director Russ Duke and his team were tasked at Tuesday night’s health board meeting to create a draft of a health order based on the district's current advisory.

The proposed order was posted online Wednesday evening and is available for public review and comment.

The draft will be familiar to those in Ada County where a county-specific order is already in place.

However, the new draft applies to the entire health district, which also includes Boise, Elmore and Valley counties.

If approved, the new order would limit gatherings, both public and private, to fewer than 10 people, with exceptions for schools and religious services. Also under the proposed order, face masks would be required for everyone, with limited exceptions, when physical distance cannot be maintained.

In addition to new individual restrictions, the proposed order would also put new requirements on businesses, such as implementing delivery or curb-side services "when possible." Visits to long-term care facilities and certain sports activities would also be prohibited.

Violation of the order could result in a misdemeanor, punishable by a fine, imprisonment or both.

“We are really moving toward the situation we desperately need to avoid,” Duke said.

This comes as COVID-19 cases in the area continue to rise, and hospitals say they are very busy.

“I think we are very much in a significantly stressed situation and at this point, based on what we expect, you have to do something now because if we wait until crisis standards of care are implemented it really is too late,” Duke said.

The draft health order, according to Duke, is not a copy-and-paste from the current advisory but looks similar. The current advisory includes guidance like asking people to limit their gatherings to 10, gyms to limit capacity to 50%, and asking restaurants to really focus on doing to-go and carryout service.

“We are just trying to figure out where exactly the greatest risks are and the least-restrictive approach to keep our hospitals from getting overwhelmed, overrun with COVID patients,” Duke said.

The board was not unanimous in asking for a draft order to vote on for Friday, Board member and Rep. Megan Blanksma (R-Hammett) told KTVB on Wednesday that she has some concerns.

“The reason for that is that I think it is a big enough issue that the public really needs to have time to review it and understand what’s going to happen,” Blanksma said.

The draft order was posted Wednesday evening, giving people from then until Friday evening to review it and give input.

Blanksma added that the current advisory includes a section at the bottom that laid out when it would convert from an advisory to an order. It reads that if one of the three health systems in the area implements crisis standards of care the advisory will become a public health order.

“When we made the recommendation, we set a tipping point of from a recommendation to an order," she said. "Now we are getting out ahead of that and that wasn’t what was advertised to the public in those recommendations and so I have concerns about that."

Blanksma is also concerned that local hospital officials were not invited to weigh in during Tuesday's meeting. She explained that because the wording in the advisory is specific to them, she would like to hear from them and see their hard data.

Duke told KTVB that he has a different point of view on that wording.

“That’s the end of the line," he said. "When we get to [crisis standards of care] there isn’t a choice, but it was never intended to have the board not have the opportunity to contemplate orders ahead of that crisis situation occurring.”

Board member and Ada County Commissioner Diana Lachiondo voted in favor of creating a draft order to vote on. She took to social media after Tuesday’s meeting to address critics who said the board was going too far if they put further restrictions on businesses or group activities like youth sports.

“Our goal is to preserve health care capacity and if we can’t do that we will have failed,” Lachiondo said. “If your first reaction is to message me about sports and not that our ICUs are full, we need to think about that. Again, I get it. It’s hard, people are frustrated, they are sick of it but this is about something bigger than what our individual desires are.”

If your first reaction upon listening to the CDH meeting (and messaging me) is that your kids might miss out on basketball .... and not that we are out of ICU beds.... well, to quote Dr. Fauci “I don’t know how to explain to you that you should care about other people.”

Lachiondo added that these are tough decisions but are made with the goal of keeping the community healthy.

“I’m going to keep listening to the epidemiologists, listen to the healthcare leaders and make the decisions as best I can,” she said.

Blanksma told KTVB that she understands the gravity of the situation but believes there isn’t just one path forward. She wants to make decisions to keep people healthy and is focused on that heading into Friday.

“I’m going to listen and keep an open mind,” she said.