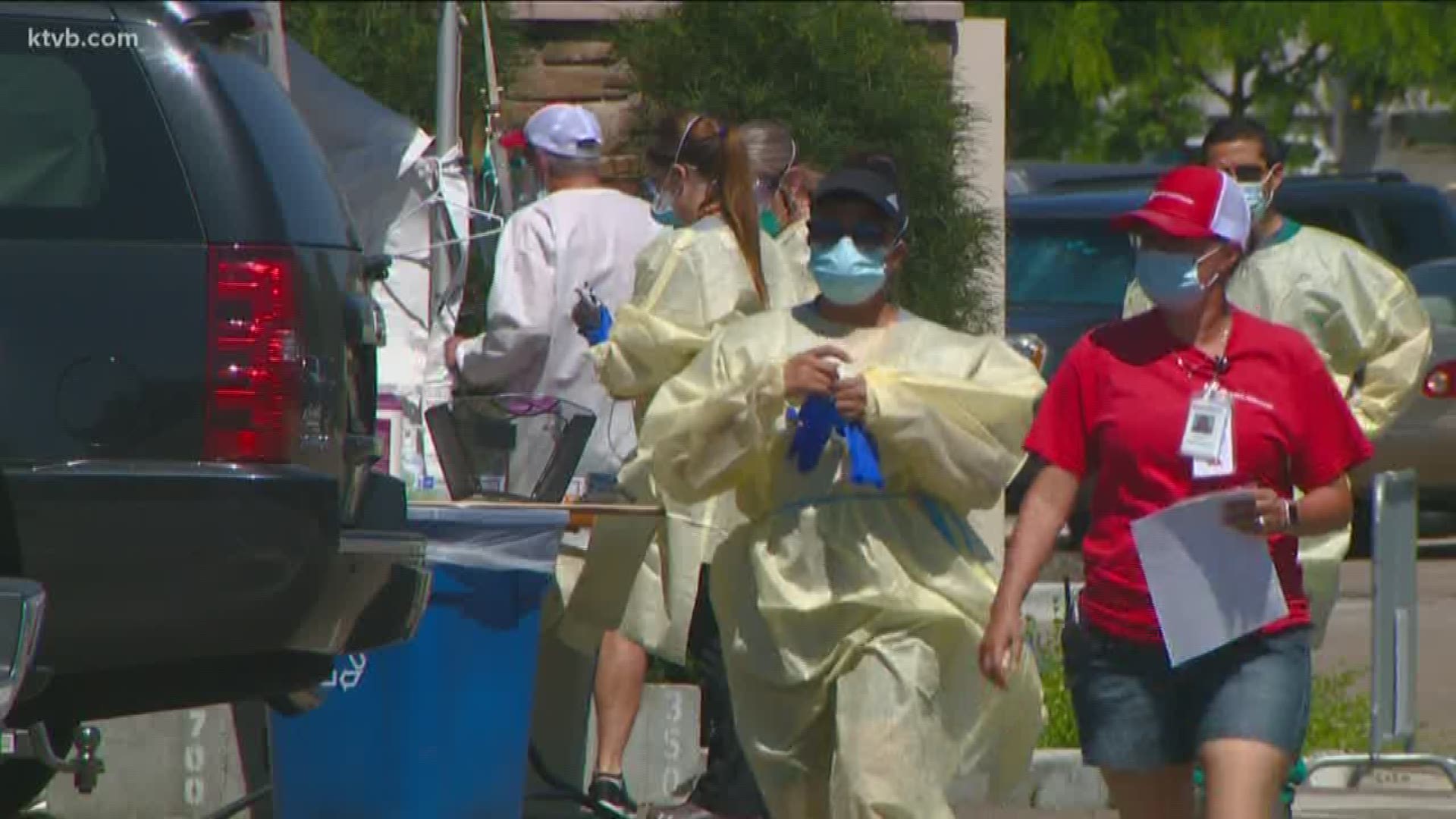 BOISE, Idaho — Central District Health's Board of Health on Tuesday voted 7-1 to reinstate the Stage 3 order for Ada County, which mandates the closure of bars and nightclubs and limits gatherings to 50.

With only Rep. Megan Blanksma, R-Hammett, voting no, the board passed a motion to reinstate the order with slight modifications. The Idaho Press reports that the board also gave its blessing for Central District Health staff to draft an order requiring masks be worn in Ada County and possibly Valley County for the board's consideration next week.

The rest of Idaho is in Stage 4 of reopening. Gov. Brad Little will hold a press conference on the state's reopening plan Thursday.

The order to revert Ada County to Stage 3 has been fraught with issues. The board originally approved it June 20, but then voided and reissued it June 26 because it failed to issue proper notice for its emergency meeting. The order from June 26 was once again voided Tuesday because of issues with the state’s open meetings law.

Under the order, gatherings of more than 50 people are banned and long-term care facilities are once again closed to visitors. One of the slight changes the board made Tuesday was to change the language saying “should” be avoided to “shall” be avoided.

Cases in Idaho have grown exponentially in the past two weeks, topping 8,539 cases statewide, and Ada County has become one of the major hot spots with triple-digit numbers of new cases frequently being added daily.

Because of the steep rise in cases, Central District Health Director Russell Duke suggested an order be considered next week requiring masks in all of Ada County and possibly Valley County due to the travel between the Treasure Valley and McCall. Board Member Dr. Ted Epperley agreed.

“Face masks may not be comfortable, but it's not going back to Stage 2 or Stage 1 or stay-at-home orders,” he said.

Board members also heard a status update from Saint Alphonsus Health System and St. Luke’s Health System about their hospital capacity and ability to care for the growing influx of patients. Although hospitalization numbers stayed low for the beginning of the rise in cases at the end of June, they are once more creeping up. Hospitalizations and deaths are called “a lagging indicator,” which means they go up later than case counts because it takes time for the disease to run its course.

Representatives from both hospital systems said they have seen increased hospitalizations and ICU bed usage as cases have climbed. Saint Alphonsus Health System CEO Odette Bolano said her system currently has 27 patients hospitalized for the disease and six in the intensive care unit.

St. Luke’s, the larger of the two hospital systems, had 51 people hospitalized for COVID-19 on Tuesday, including 14 people in intensive care. St. Luke’s CEO Chris Roth said these numbers were above the previous high of 41 and the system was hitting a new “high watermark” nearly every week.

Roth said St. Luke’s has upped its ICU bed capacity above previous levels, but to push it even further “would be a public health crisis in and of itself” because it would limit access to already long-delayed surgeries and continue to keep levels of preventative care like vaccinations low. The system also has roughly 80 employees out of work due to COVID-19 symptoms.

RELATED: As Idaho COVID cases rise, so does demand for tests

RELATED: Why there's a delay in reporting Idaho's coronavirus hospitalizations

Difficulties in testing were also discussed. Dr. James Souza with St. Luke’s and co-chair of the state’s testing task force said Idaho has only grown its testing capacity slightly since the state released its testing strategy in May. Because of the overwhelming demand for tests as more people are exposed, he said turnaround times on results have slowed to nearly a week in some cases.

He also said the state needs to start changing how it is prioritizing who gets tests, instead of giving them to all of the five priority testing groups laid out by the task force, so supplies are not burned through. These groups included asymptomatic workers in various fields, river guides, and athletes who needed to be tested before returning to practice.

“We're consuming resources we know we're going to run out of,” he said, about testing supplies. “We're not consuming those resources in a way that is logical and consistent in a scarcity situation and delivering it to the people who need it most."

More from our partners at the Idaho Press: