The jail's new trailer pod was originally meant to help ease overcrowding, but now it could become an isolation unit for COVID-19 patients. 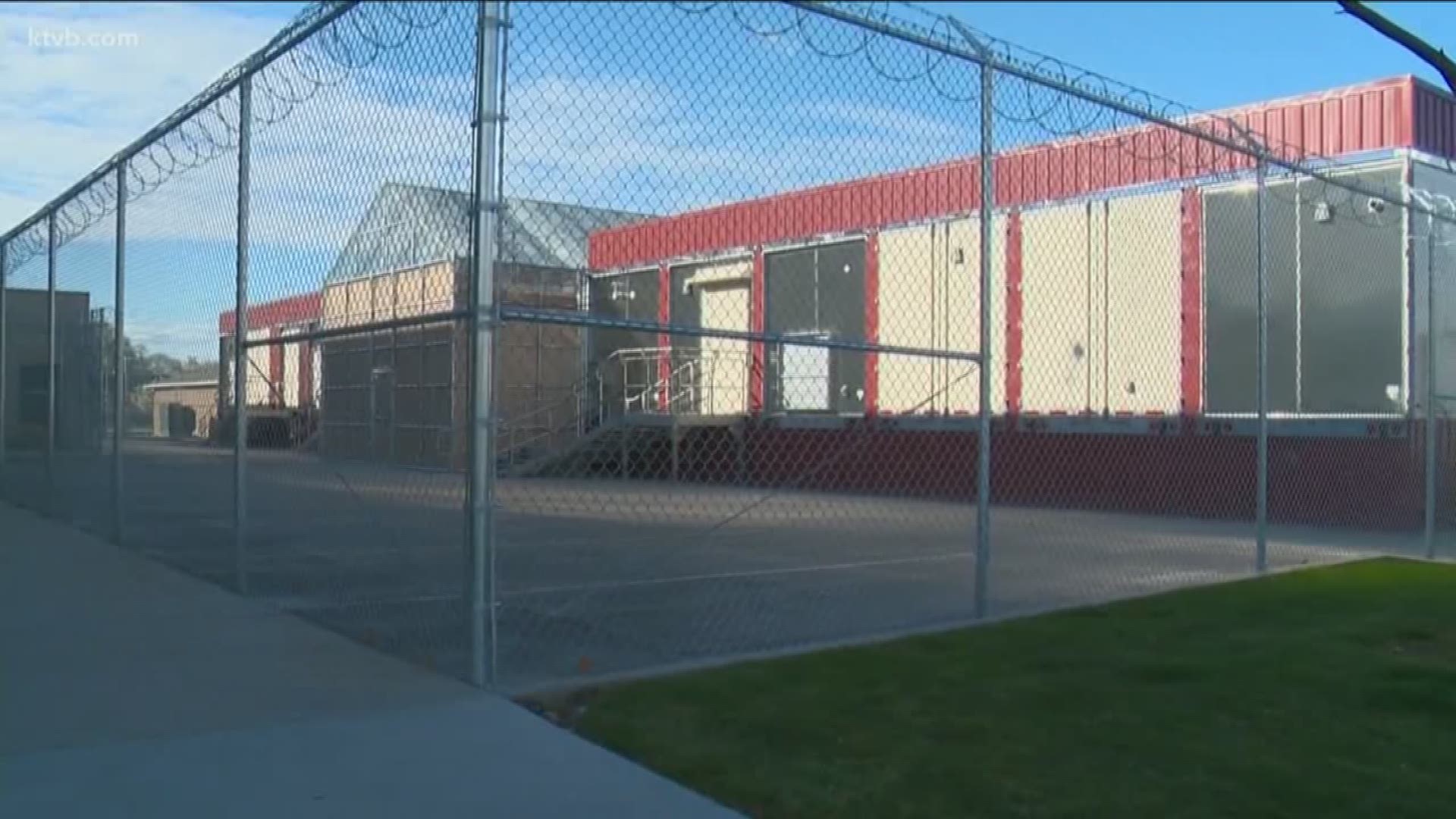 CALDWELL, Idaho — As counties throughout Idaho continue working to contain the spread of the COVID-19, one area in Idaho that isn't yet reporting any cases is the state's jails.

The lack of inmates and staff becoming sick isn't stopping jail officials from preparing for a possible outbreak. Canyon County Jail has a new trailer pod, known as Pod 6, which was set to start housing female inmates this month, in an effort to help ease overcrowding.

Instead, Canyon County Sheriff Kieran Donahue has kept the pod in reserve for possible COVID-19 patients.

The new addition to the jail holds 122 beds. Some are single isolation units, some are doubles and some are dormitory-style, which can hold between one to four people.

According to Donahue, the trailer also has a unique airflow system in which the air in the entire building can be cleared in less than two minutes. Each separate unit inside also has its own airflow, which Donahue said makes it a good resource for isolating sick inmates.

“If there are any symptoms at all we’re going to try and move that person over into the Pod 6 unit - even if they’re just symptomatic," Donahue said. "Obviously they’re going to be monitored by our health personnel 24/7.”

If an inmate were to require hospitalization because of coronavirus, Donahue said the jail is working with local health and county officials about the possibility of that inmate being treated on-site by outside medical personnel.

According to Donahue, this would be beneficial for several reasons, including the fact that, if they have multiple COVID-19 patients, the jail doesn't have the medical personnel for an outbreak. But that's not the only positive he sees to being able to treat patients on-site.

“Two things: we’re not taking up a bed in the hospital itself but we’re bringing the doctors over this way to work in this isolation unit and if we’re able to do that, we’re also not sending an inmate who has tested positive into that hospital environment," he said.

Because the pod is set up so that each unit is controlled individually by guards, it prevents movement among other inmates. So male and female inmates who need to be isolated because of the virus could be housed in the pod at the same time in different parts of the building.

If local hospitals reach capacity and patients beds for the community are needed, the trailer pod could potentially be used as hospital overflow instead of inmates.

The sheriff added that another possibility being discussed is housing inmates with coronavirus from other counties in the pod as well. He said that option brings a lot of other concerns but it is still something being talked about in the event of an emergency.

The jail is also taking several steps to reduce the risk of the virus within the jail, including checking inmates' and staff members' temperatures every 12 hours.

Recently, in conjunction with the judicial system, 40 work-release inmates were also discharged from jail to help lower the number of inmates and limit potential exposure.

According to Donahue, the judicial system is working on other processes for inmates who are safe and legally eligible, to potentially be discharged or paroled. The fewer number of inmates, the smaller of an outbreak the jail would have.

Nothing is set in stone yet for what the pod will be used for but Donahue said it will be utilized to fill whatever the community's greatest need is.

“All of those rules and regulations and if and when we can do that have not been worked out yet," he said. "We’re on this every single day.”

RELATED: 'It's going to be longer than most people think': Doctor weighs on if Idaho's stay-at-home order will be extended