Canada cracks down on Americans who break coronavirus rules 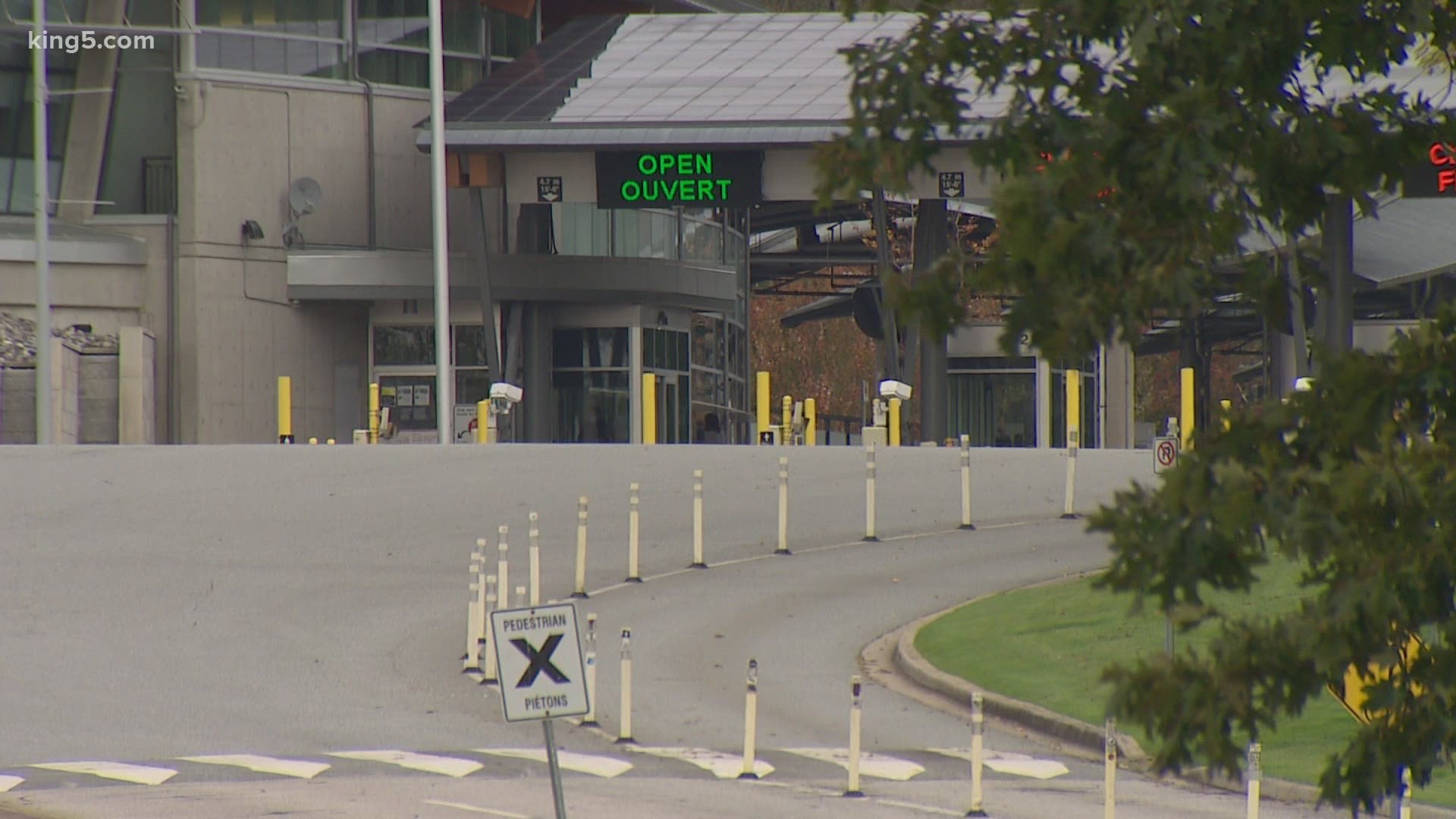 BLAINE, Wash. — Are a couple bad Americans ruining it for everyone else? If you're trying to get to Canada that may be the case.

Not helping the situation is the fact that some Americans who are allowed entry into the country are getting caught breaking strict Canadian COVID-19 rules.

Canadian authorities are actively pursuing people who break those rules.

Some U.S. travelers have been using what's now known as the "Alaska Loophole." Americans are allowed to travel to and from Alaska through Canada.

Some have been using that as a way to take side trips. At least six Americans have been busted in British Columbia and fined up to $1,000.

One group was caught eating in a restaurant without masks. Others have been tracked down at tourist destinations.

Those Americans who are ticketed but refuse to pay the fine can have warrants issued for their arrest and have their access to Canada cut off completely.

RELATED: A tiny loophole on the world's longest border

Canadian law mandates travelers to and from Alaska do so in four days, wear masks and have no contact with people outside their party.

Eating should be limited to drive-thru windows.

The law also states, if you knowingly get someone seriously ill or cause death from COVID-19 you can be fined a million dollars and spend three years in prison.

"We have small communities, and a small community can be heavily impacted if a case of COVID comes into that community," said Royal Canadian Mounted Police (RCMP) spokesperson Janelle Shoihet. "We simply ask people to abide by the rules they agree to when they enter this country."

Sprague is living with his wife in Canada but visits his 87-year-old mother in Washington to check in on her.

Every time he returns to Canada he has to quarantine for two weeks. Canadian authorities make sure he does that through random emails and phone calls to his home.

"The first time they called I didn't recognize the number and let it go to voicemail. The message said that the next time you see that number, you'd better answer," said Sprague. "My perception is that they've taken it very seriously and any day when I've done my quarantine I fully expect the RCMP might show up at my door."

While many Americans have turned a blind eye to those flouting state coronavirus mandates, Canadians are often turning their neighbors to the south in to authorities.

Looking at the much higher infection rate among Americans, Sprague said, "I don't fault them being as cautious as they're being."

Sprague has spent a total of six weeks in quarantine after seeing his mom.

A price he's happy to pay, but he admitted, "I look forward to more normal times. I don't know when that will be, but I'm certainly looking forward to when that happens."