Breaking down what stimulus checks mean for Idahoans and their taxes 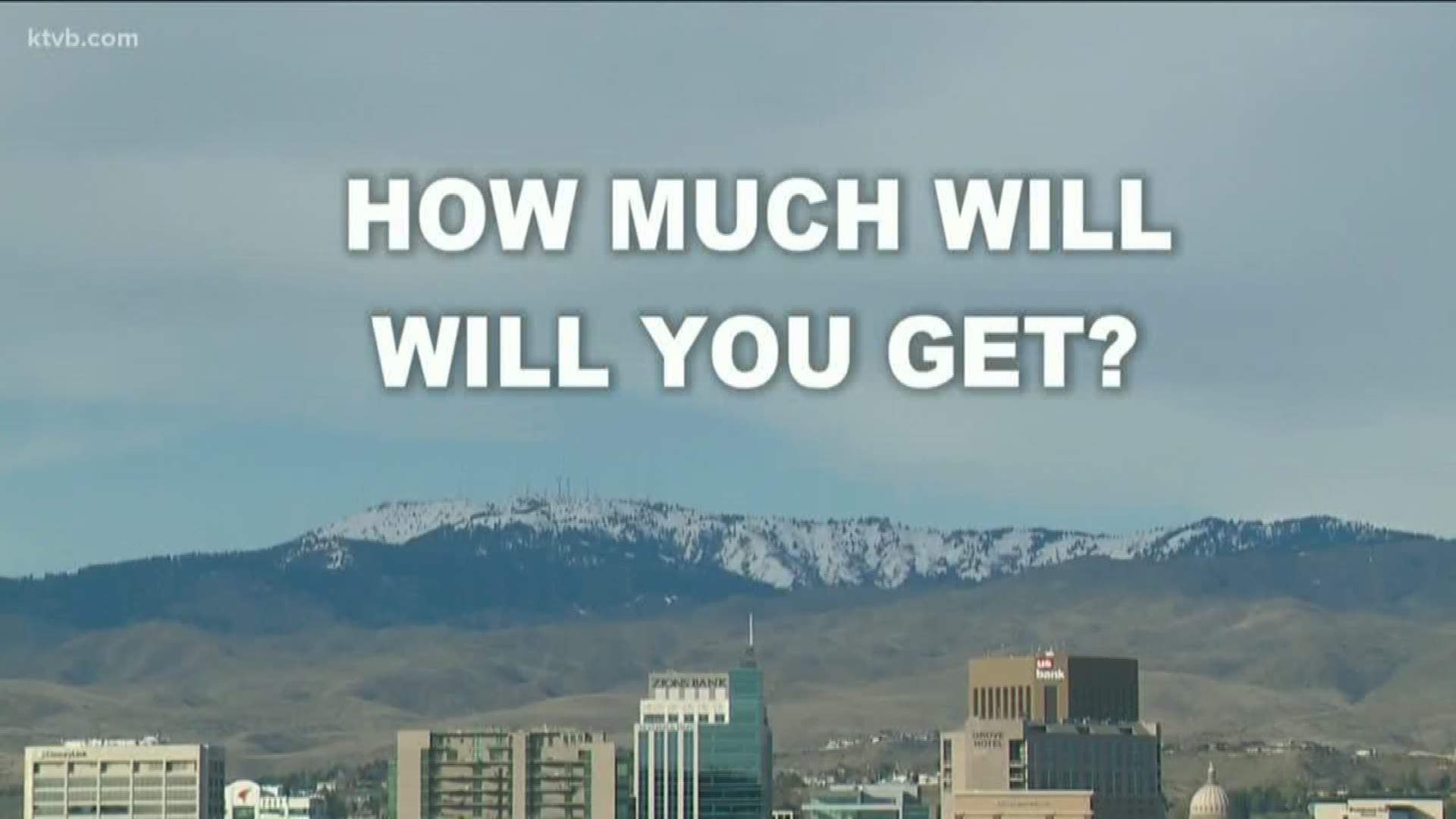 BOISE, Idaho — In March, Congress passed the Cares Act, which allows most Americans to receive stimulus checks as a way to provide financial support during the economic shutdown resulting from the coronavirus pandemic.

Since the passage of the stimulus package, there have been a lot of questions and confusion about the payments.

KTVB spoke with multiple tax experts, as well as the Idaho State Tax Commission and members of Idaho's congressional delegation to answer some commonly asked questions about stimulus payments.

The amount of money each person receives is based on income level, which is determined by the most recent tax filing - either 2018 or 2019.

“Then if they make over those thresholds, the payment is reduced $5 for every $100 they earn over those numbers," said Dan Welker, owner and agent at Northwest Tax Advisors.

That means the higher your income, the lower your stimulus payment.

Any individual making $99,000 per year or couples making a combined $198,000 annually are not eligible for stimulus payments.

It's important to note that whatever stimulus amount is received does not have to be paid back.

“There is no requirement to pay it back,” Rep. Russ Fulcher (R - Idaho) confirmed to KTVB.

The stimulus payments are also not considered a part of a person's income and therefore, taxes are not paid on it.

RELATED: Stimulus check calculator: See how much you'll likely be getting

“It is not related in any way, shape or form to your filings, or your refunds, or anything else,” he said.

“It should not affect it,” she said. "It’s a stimulus check, it’s not supposed to affect you one way or the other except to bring relief to these very bad times right now.”

Welker said he has received many questions from clients about whether it is a deduction from next year's tax refunds.

Cynthia Adrian, a tax policy specialist with the Idaho State Tax Commission, gives an example of what that means.

Fulcher explains it is not technically an "advance tax credit" as many have referred to it. He tells KTVB that was on option originally considered but then Congress went another direction.

Risch further explained the IRS's involvement, saying some members of Congress originally wanted to develop a new government department to handle the stimulus payments but it was determined the IRS would be better suited.

RELATED: Why did a tiger get a coronavirus test? How often should I wash my mask? Your COVID-19 questions answered

When it comes to those on Social Security, Fulcher said they do not have to file taxes to get a stimulus payment. The funds will just be added to social security checks.

Though no timeline has been set for the stimulus checks to be sent out, Risch said the goal is to get it done as quickly as possible.

“We were insistent with the Treasury Department that we wanted this money moved out and we wanted it moved out now," he said. "What we’re trying to do is take the edge off the problem we have right now and so we were very insistent we get the money out now.

“We all know that virtually everything the government touches gets complicated and we did not want that here and we were insistent that it was not going to be complicated,” Risch added.

Fulcher said Congress is continuing to look at legislation and ways to help Americans during this crisis.

“We’re all kind of in uncharted territory together,” he said.

RELATED: What to do if you can't pay your mortgage due to the coronavirus pandemic