Sheriff Daryl Wheeler believes public health officials have misled us and “now it is time to reinstate our Constitution.” 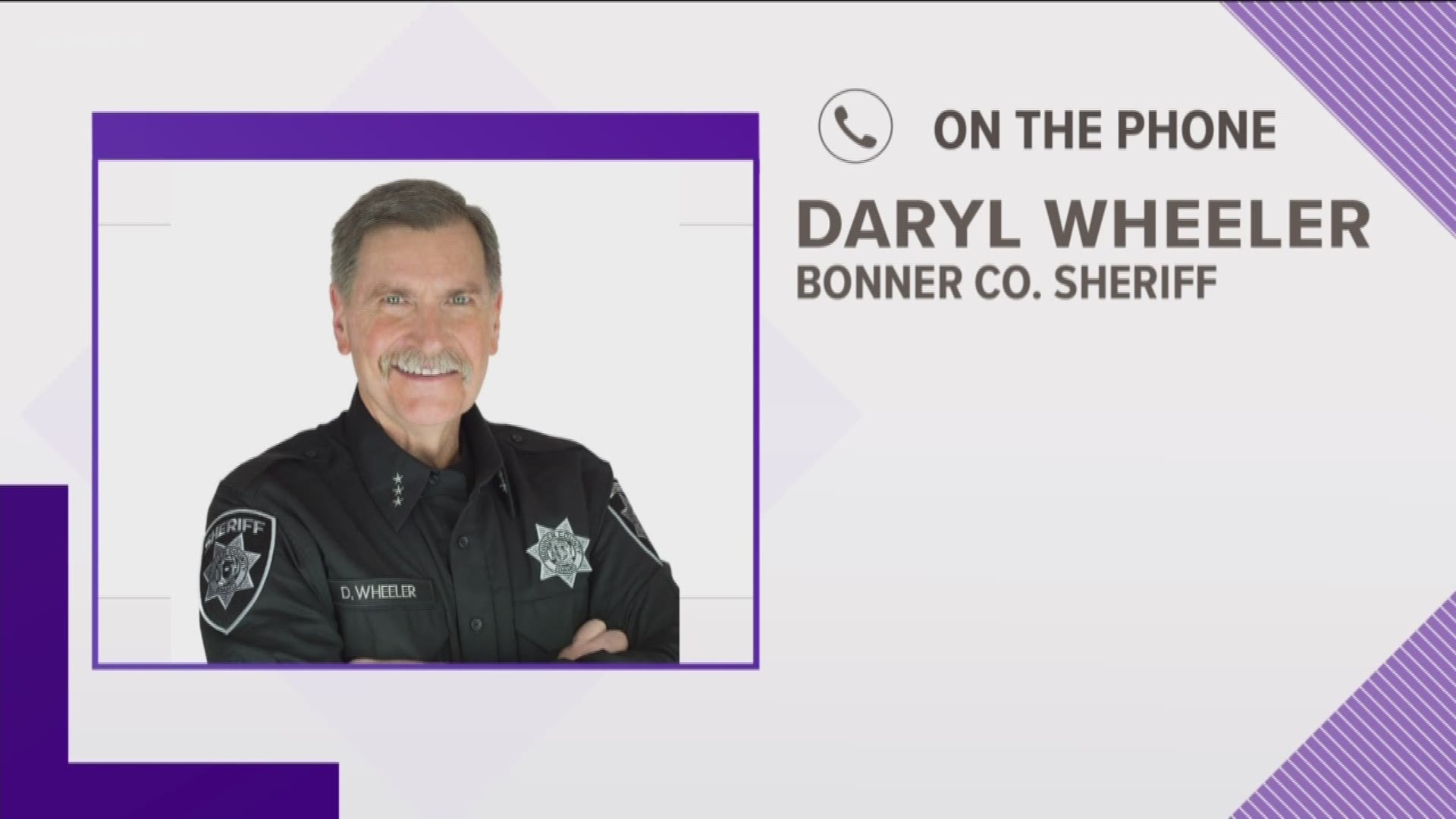 BONNER COUNTY, Idaho — The Bonner County Sheriff and other North Idaho leaders are calling on Governor Brad Little to reconsider the “stay home” order he issued amid the coronavirus outbreak.

For most people, the new coronavirus causes mild or moderate symptoms, such as fever and cough that clear up in two to three weeks. For some, especially older adults and people with existing health problems, it can cause more severe illness, including pneumonia, and death.

The beginning of the letter refers to another letter written by a businessman that questions the “1) The reliability of the information disseminated by the World Health Organization 2) Our response to that information 3) The cause and effect devastation cause by our response and 4) Our responsibility to change course.”

"I would just really like to see a peaceful transition to normalcy here in the state of Idaho," Wheeler told KREM's Mark Hanrahan on Thursday night.

Wheeler asks the governor to “call up the full Idaho Legislature and assemble them for an emergency meeting in Boise to discuss these points.”

“I do not believe that suspending the Constitution was wise, because Covid-19 is nothing like the Plague,” Wheeler wrote.

"The Plague" or, as it's also known as, "Black Death" or "Bubonic Plague" was the most devastating pandemic recorded in history. It resulted in the deaths of an estimated 50 million people in the 14th century.

"I'd like the state legislature that represent us have a voice and discuss this as a body and have that influence in the governor’s decision," he said.

"What I've done is asked the governor to reconsider his actions because the governor is taking action based on false information from the World Health Organization, and the governor has suspended the constitution on his own and I'm asking him to reverse the direction we are going," Wheeler said.

He also said that he thinks private businesses should get to set their own rules on who can and can't enter and that people should be able to decide what businesses to visit. According to Wheeler, healthy people are being punished due to the outbreak.

"I want well people to be free to conduct their normal businesses and I want sick people to stay at home. Unfortunately, I think the governor has chosen to punish the well people," he said.

Wheeler also told KREM he will likely continue some of the safety precautions implemented during the pandemic in place.

To end the letter, Wheeler brings up the Texas Governor Greg Abbott’s decision to sign an executive order to reopen churches.

“You can request those that are sick to stay home, but, at the same time, you must release the rest of us to go on with our normal business," Wheeler wrote.

" I think we all remember the 'Never let a crisis go to waste' agenda of just a few years ago that served as a way to chip away at the foundations of our Constitution to push a global, socialistic agenda while in the midst of a national emergency," she wrote.

On March 25, Gov. Little issued a stay-at-home order for all of Idaho, requiring everyone in the state to self-isolate at home if possible. The order applies to all citizens, not just those who are sick.

Healthcare workers, public safety workers, and other "essential" workers may still go to work, and people will be allowed to leave their homes to obtain or provide essential services.

Little also ordered the closure of all dine-in restaurants in the state, although drive-through and delivery will still be allowed. "Non-essential" businesses like gyms, bars, salons and convention centers must close. Childcare, auto repair shops, grocery stores, and healthcare facilities can remain open.

RELATED: Map and timeline counting Idaho confirmed coronavirus cases, and what we know about each death

RELATED: Idaho primary will be conducted completely by mail