The assistant professor says the particulates in smoke "has the capacity to reduce or suppress our immune system," which can leave people vulnerable to illnesses. 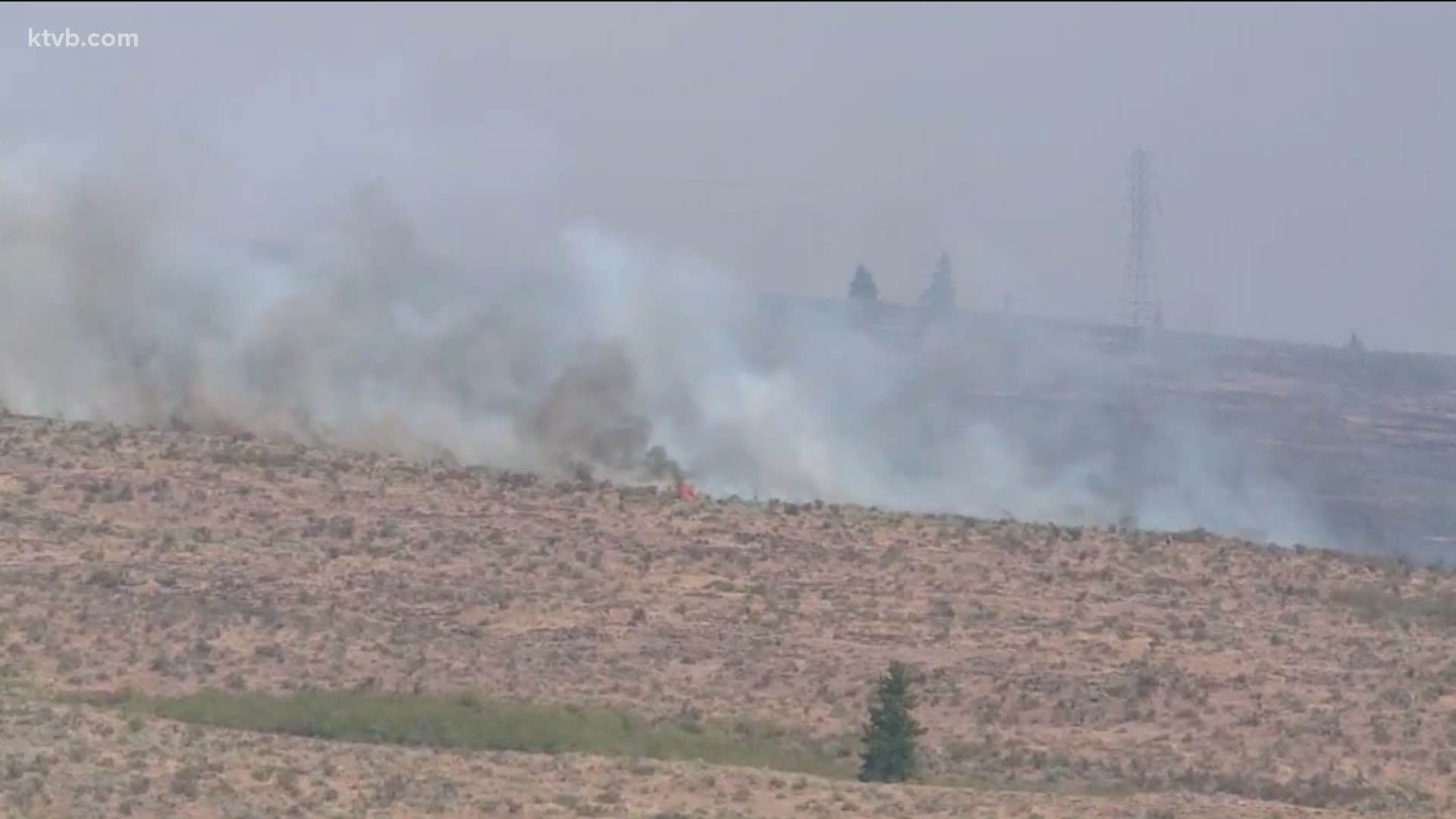 BOISE, Idaho — Boise State assistant professor Luke Montrose combed through scientific data and other research, along with feedback from wildland firefighters, and confirmed a CDC study that found that excessive wildfire smoke makes people more prone to lung infections like the coronavirus.

KTVB spoke with the assistant professor on Saturday to discuss what his findings mean for everyone affected by the wildfire smoke and the firefighters on the front lines, battling massive wildfires during a pandemic.

"Firefighting is a really interesting situation because we're asking them to spend quite a bit of time on the front lines of the fire being exposed to smoke," Montrose explained during a video call. "That repeated exposure to these inhaled particulates, that are very small and get deep down into our lungs, has the capacity to reduce or suppress our immune system and by doing so leaves us very vulnerable to viral infection and that viral infection could be the seasonal flu it could also be coronavirus."

Montrose added that everyone should try to limit their exposure to the wildfire smoke, especially with flu season on the way, so there isn't a spike in infections like COVID-19 this fall.

"As far as protective equipment very little can be done for the firefighters," he said. "So what I would recommend to them would be, when possible, stay out of the smoke."

Firefighters working a 14-hour shift should have a ten-hour window of staying out of the smoke so their lungs can clear out the particulates and heal.

However, Montrose and the Center for Disease Control and Prevention agree that cloth face masks aren't effective in preventing people from inhaling smoke.

"The particulate matter is very small and can't be caught by the cloth mask," Montrose explained. "[They are] 2.5 microns in diameter, that's about one 50th the size of a grain of sand."

Montrose said agencies fighting the wildfires are doing their best to contain the fires and the coronavirus but like both, he wanted to spread awareness about the new risks that people face.

"Our public health really depends on their health," he said, "and hopefully we're able to make it to the end of the season with enough crew members to keep the public safe."