The Boise Police Department is prepping for another protest in response to the health district discussing and voting on a new public health order. 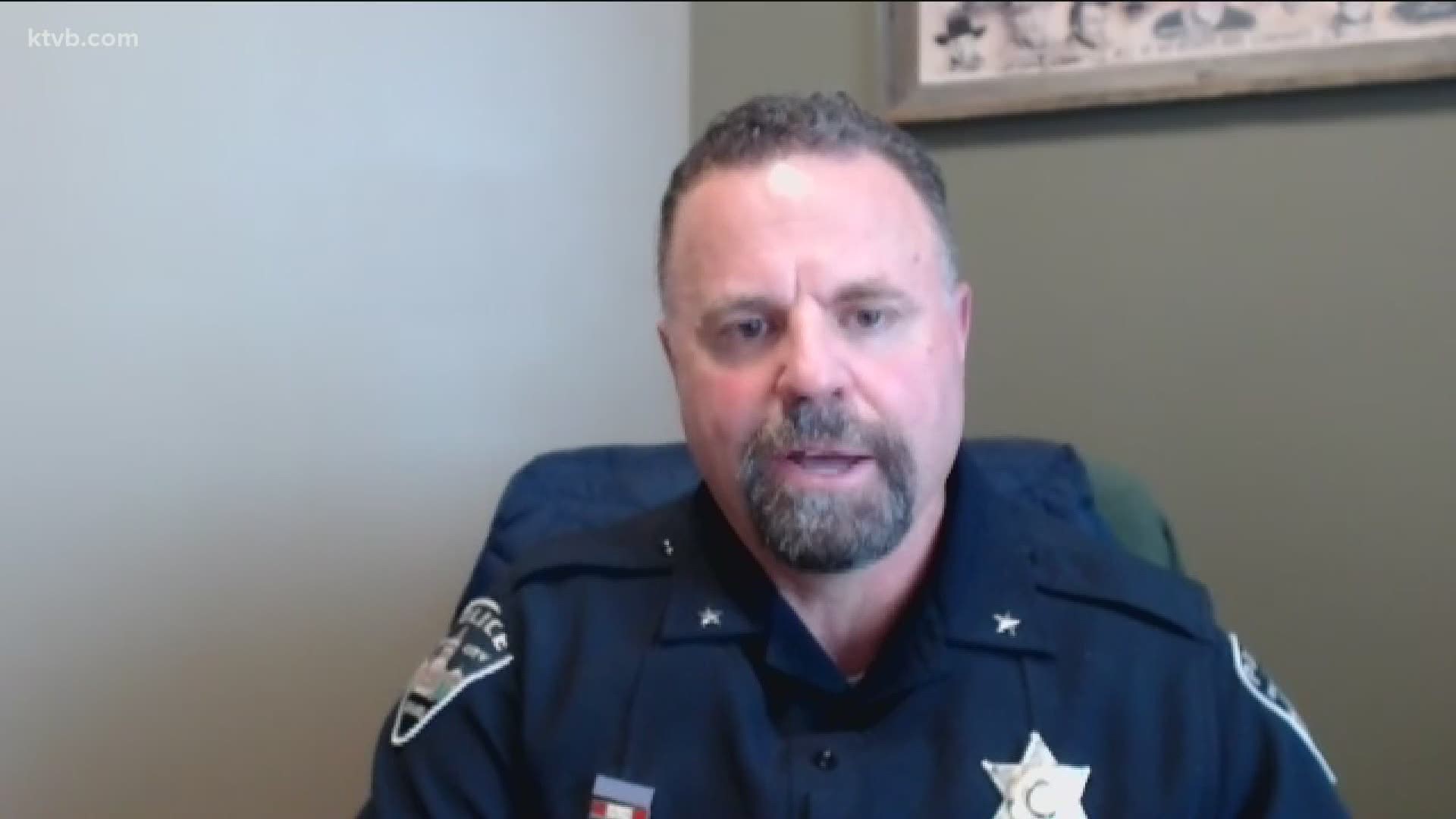 BOISE, Idaho — Central District Health (CDH) will attempt to take up and vote on a public health order for the third time. Last week's meeting was abruptly canceled at the request of Boise Mayor Lauren McLean and Boise police.

She and Police Chief Ryan Lee had concerns over the security of board members, staff members and the general public.

CDH is hoping to discuss and vote on the order that would apply to Ada, Boise, Elmore and Valley counties.

In order to ensure the health board can conduct the meeting without interruptions, Boise Police are taking steps to prepare.

“We are going to do everything we can to make sure that they have the ability to carry out their meeting,” Deputy Chief Ron Winegar said. “It can be relatively free from disruption or at least those disruptions will be managed.”

Both Boise Police and Idaho State Police (ISP) will be at the CDH building to keep everything under control. This increased police presence is due to the number of protestors present at the last meeting.

The police department has worked with CDH to address the issues that lead to problems. One of the issues is the podium and loudspeaker.

“It depends on how those items may be used, but if amplified sound can be heard more than a certain distance as specified in the code than that is crossing the line into being illegal,” Winegar said “That crosses the line when you're amplifying your specific voice to the point of drowning out others.”

During the last meeting, protestors also gathered outside the homes of at least three board members, including Ada County Commissioner Diana Lachiondo and Dr. Ted Epperly.

“I won't necessarily speak to what all those steps are, but we are coordinating and communicating with and advising them on some things they can do to try and prevent issues,” Winegar said.

The protest outside CDH was largely peaceful. There were some questions and concerns around why the Mayor and police chief wanted the meeting canceled.

“If you were on the ground or outside of that and you looked around, you saw families and children and it was a peaceful gathering,” Winegar said.

However, Boise Police received information that it could escalate.

“There was information coming to us both visual and audio and things that were coming on social media, things from all around that lead us to understand there was a small group of people, somewhat organized that intended to disrupt the meeting,” Winegar said. “That was their intention by physically forcing their way into the meeting.”

The department was receiving information in real-time from a number of sources. This led them to believe the prudent thing to do was to ask CDH to cancel the meeting.

“To avoid either a significant use of force when a small group tried to rush the building or rush through and push past officers, that would likely result in a use of force,” Winegar said.

There was also a strain on resources at the time due to significant calls for service in the city.

“This was most likely going to result in something that was not good for anybody involved,” Winegar said.

Police are now putting in more resources to make sure the same thing doesn’t happen again, and to allow CDH to vote on the public health order.

“I think we are certainly doing our best to be prepared for and helping them accomplish their goal of making that vote happen,” Winegar said.

A spokesperson for CDH said the health district is not allowing any sound system or open flames on the property. Some people have brought tiki torches to protests over the past few months.

CDH will have two public viewing rooms open for a limited number of people.
Masks must be worn, and people must physically distance inside.

The meeting is scheduled for Tuesday at 3:30.