The order, set to go into effect at 12:01 a.m. on Saturday, requires everyone to wear a mask while in public if social distancing cannot be maintained. 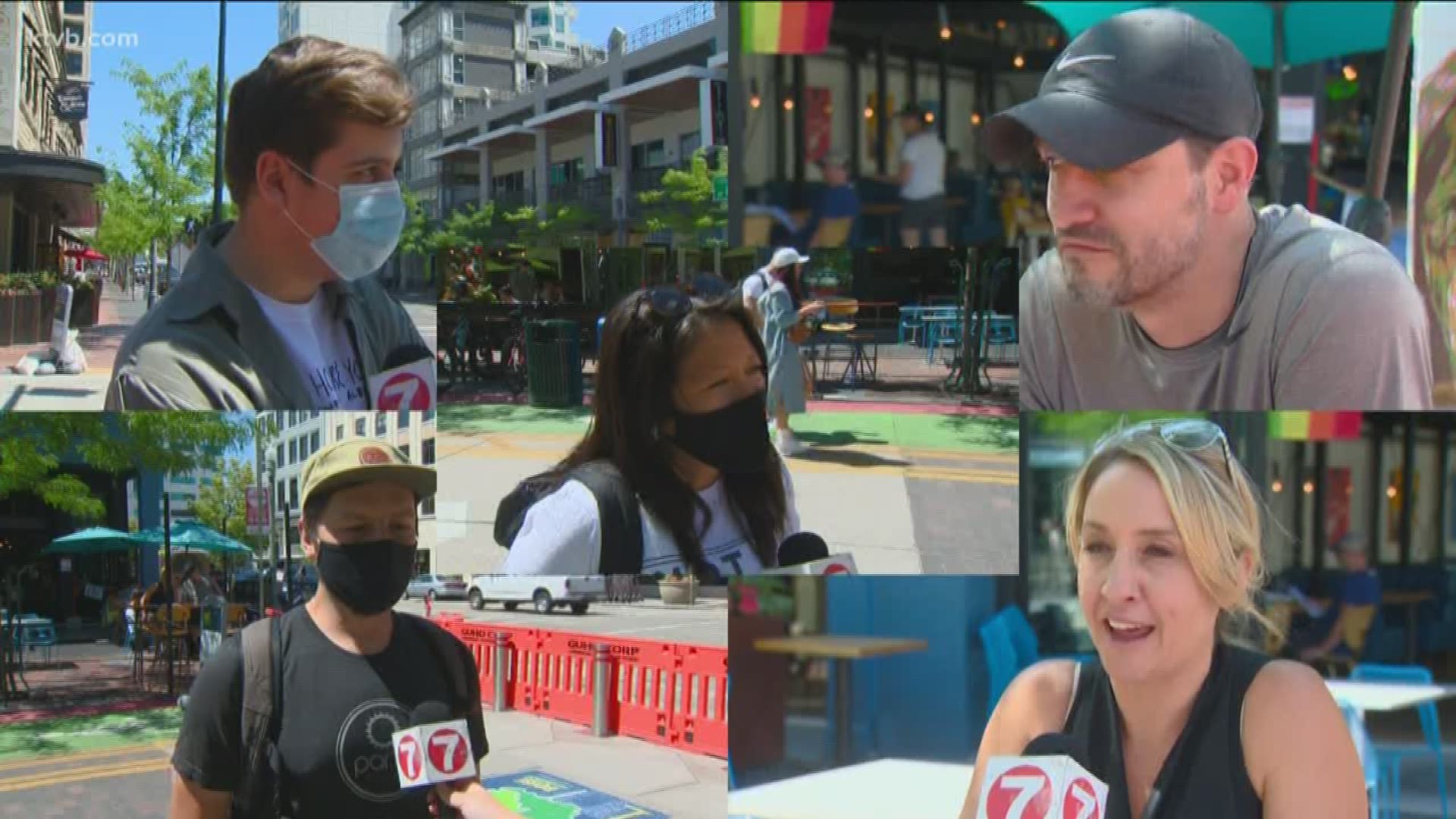 Citing the significant increase in confirmed COVID-19 cases in Ada County and "robust support" from the health and business communities, the mayor said her goal is to allow businesses to stay open while avoiding another spike in infections that could force another step back in the Idaho Rebounds stages of reopening.

Ada County is currently at Stage 3, while the rest of the state is in Stage 4.

Another reason, according to both the order and Boise City Council President Pro Tem Holli Woodings, is because wastewater testing in the city showed an increased presence of the virus.

"It's been a growing data set that we've been gathering as a city because, it's a little bit crass, but the poop doesn't lie and so we're really able to use that as a leading indicator on prevalence of infections in our city and it's been on the rise," Woodings said.

Masks must completely cover the nose and mouth, according to the order, and are required in all indoor and outdoor public areas, unless six feet of physical distance from other people can be maintained.

There are a few exceptions for children under the age of 5, on-duty first responders, or those with health or communication concerns.

"The health and safety of everyone is always my top priority," McLean said in a statement. "We must do all we can, as a community, to protect our most vulnerable, and slow the spread of this virus that is a serious risk to our health and economy, especially as we head into the Fourth of July holiday weekend and summer vacation season.

"Working together, we can keep Boise healthy, our businesses open and keep people working," McLean added.

According to the health order, the city will make efforts to educate people and businesses about the mask requirement. Anyone who refuses to comply with the order could face a misdemeanor charge, "punishable by fine, imprisonment, or both."

KTVB spoke with several residents, who had mixed reactions to the order.

Some said they understood the reasons behind it and were okay with it.

"Since we live downtown and see the numbers jumping up, I think it's fine," said Kevin Williams. "Let's try and keep the numbers down."

Carlos Bernitt agreed, saying it's an easy way for people to do their part to help combat the virus.

"I think it's something that is relatively easy to comply [with]," he said. "Some people may see it as an inconvenience but I think you get over it really fast once you think about the benefits."

Others disagree with the order.

"I think it's bogus - total infringement on our freedoms," Johnny Sprocket said. "Honestly if you don't want to get sick, don't go outside. I'm going to go live my life."

"I don't agree with the mask thing," she said. "Essentially, if you think you're protecting yourself, wear it by all means. But it obstructs breathing. Someone with asthma, like myself, I can't wear a mask every day - I can't."

Still, others are neutral about the idea.

"If you do require masks, it does protect more people in the end but also it is for most people a pretty big inconvenience," Austin Moldenhauer said. "I'm pretty neutral on it."

RELATED: 'We’ve been pushing for something like this': Downtown Boise business owners react to mask requirement

For those who may not already have face masks, disposable masks can be picked up at the City of Boise Mask Giveaway on Friday, July 3 from 11 a.m. until 1 p.m. at two locations: Boise Depot, 2603 W Eastover Terrace and City Hall West, 333 N Mark Stall Place.

Only drive-up service is available and city staff will bring the masks to residents' cars. There is a limit of six masks per household.

Boise is not the first city in Idaho to mandate the wearing of masks. On Wednesday, the McCall City Council voted to require masks indoors and outdoors when six feet of social distance cannot be maintained. That order comes as the lakeside community prepares to welcome thousands of visitors for the Fourth of July holiday.

On Thursday, Meridian Mayor Robert Simison posted a video on Facebook urging citizens to wear a mask and promoting #MaskUpMeridian, but did not make it mandatory.

KTVB also reached out to the cities of Caldwell and Nampa to inquire about similar orders but did not hear back.